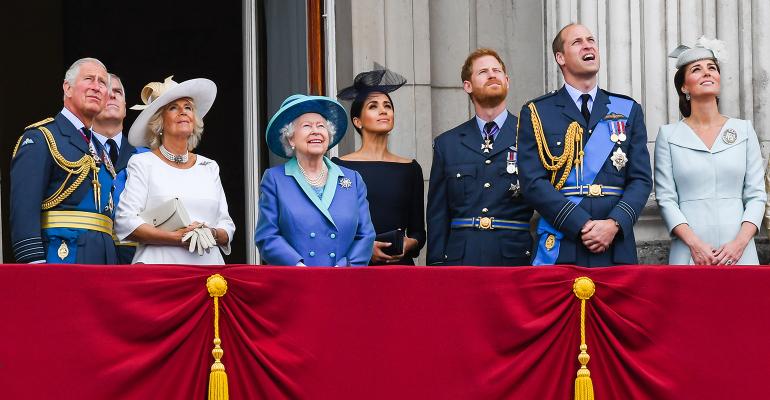 When Your Reputation is Attacked, Never Complain and Never Explain

But also, like the royal family, never say never.

The mantra “Never complain, never explain” has often enabled the royal family avoid unseemly spats with the press. But this “splendid isolation” has been eroded over time with the ingress of modern media, such that today they are regular targets of the press not only for their formal roles but also as to their not so splendid private peccadillos.

But the “never complain” philosophy doesn’t do its best work when you’ve voluntarily, or at least consciously, put your own privates on display: vis Princess Diana’s famous televised BBC interview, now discredited as “deceitful” by Lord Dyson’s investigation; Prince Andrew’s PR disaster on Newsnight as he talked about his friendship with disgraced Jeffrey Epstein; and recently Harry and Meghan’s sit down with Oprah Winfrey and their subsequent podcasts.

Related: Meghan, Harry and the Importance of Crisis Management

Whether your linen is dirty or clean, before airing it in public consider the three cs: consideration, care and control. The same applies when someone else has hung you out to dry. At first, when attacked by Meghan and Harry’s initial sortie in the ongoing reputational battle, the family considered it best to keep its head down. It’s carefully worded reply sought not to raise the temperature. By not getting into the weeds of each accusation, it sought to control the narrative.

A brief response, seeking a private resolution, can avoid adding to the already thousands of column inches, and be the better choice. Here however, the chosen strategy was criticized for insensitivity and, indeed, it may infuriate an attention-seeking aggressor promoting them again to poke the seemingly sleeping tiger until the desired reaction is achieved.

It is not easy to maintain this balance. When considering which way to turn, consider: the what, how, who, why and when.

What. Refuting reputational nasties can be an effective antidote when the allegations are so toxic that your business will die and your professional integrity sufferunless you speak out. Accusations of racism led a hitherto tight-lipped Prince William, perhaps unguardedly, to respond to a questioning reporter: “We’re very much not a racist family.” Think assertions of money laundering, tax evasion, bullying or discrimination in the work place. They may send your professional reputation crashing like a bad day on the stock market and require a powerful cure. But the cure must fit the disease. Administering a high profile response to remedy a dull ache, perhaps allegations of less heinous behavior, may be more painful than simply suffering through the symptoms.

How. Where complaints amount to a tiny whisper taking up little airspace and with an equally low prospect of being republished, a response may unnecessarily ignite that little flame under the heat of a greater audience. But where an accusation is already spreading like wildfire—perhaps your business brand is now integrally and interminably entangled with the word “fraud”—dousing the flames with a response may be your only choice to exit the crisis with your reputation intact.

Who. Where a reputational cudgel is held by a member of our own family—Harry in the Windsor’s case, a respected partner or valued employee perhaps in yours—the battering may hurt all the more. Whether a personal or professional attack, you are far better off employing empathy and humanity, not raw emotion, and although your blood may be boiling by a real or perceived betrayal, a cooler and calmer approach will ultimately protect you better.

Why. Understanding the rationale behind your brand-bashing will be key to a beneficial response. While “no comment” is rarely advisable, commenting before you understand why you are being targeted will prevent you from giving an educated response. Leading us to consider when you should respond, if you chose to do so.

When. After Princess Diana’s death, the Royal family was criticized for its tardy response. That said, failing to respond when others might expect us to may be because we are wrought with emotion or actually taking care of business, in the family or in the office, as a result of the issue rather than talking about it externally.  But if you leave responding too long, serious allegations can get trapped on the fly-paper of the Internet such that it may be infinitely more difficult to prize them free.

None of these are easy questions to face, and all of them are integrally linked, but they are the best ways to protect your reputation when under attack. You should answer them before you decide whether, how and when you should complain and explain.

Amber Melville-Brown is head of the media and reputation practice at the international law firm Withers.