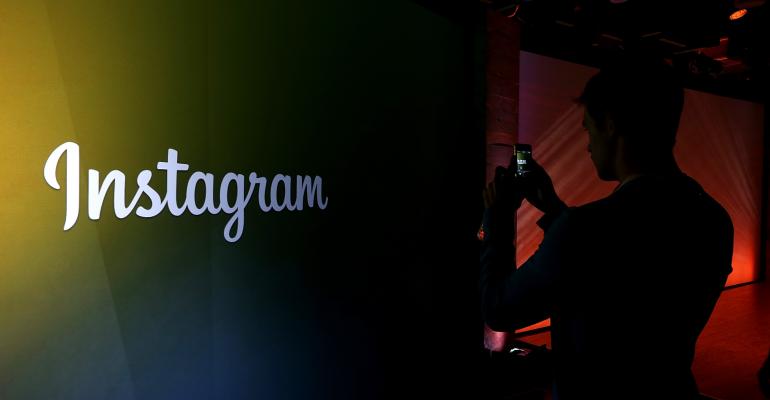 Want to Sell a $24 Million Painting Fast? Instagram for the Win

Social media has been a part of the art business for years, mostly to spread the word about artists and exhibitions, but its importance has increased.

When Gorvy landed in Hong Kong 16 hours later, he discovered text messages from three clients asking if the painting was available. One immediately made an offer for the 1982 canvas showing Robinson as a squat, scowling figure. The deal was completed two days later for about $24 million -- more than triple the $7.3 million the work fetched at auction in 2007.

“In this marketplace everyone is looking for an edge,” Gorvy, who resigned from Christie’s this month, said in a telephone interview. “It just shows you the power of social media and the transformation of how people are buying.”

Think of it as the art world’s version of high-frequency trading: Access to valuable information before others is key in the opaque market -- and social media plays a growing role. Collectors including commodities trader Andy Hall and hedge fund manager Dan Sundheim are on Instagram. Japanese billionaire Yusaku Maezawa announced his purchase of a $57.3 million Basquiat in May by posting a photo on the site. Korean pop star T.O.P., who often posts art images to his 6.3 million Instagram followers, curated Sotheby’s surprisingly successful contemporary art auction in Hong Kong in October.

Instagram doesn’t track art sales, according to Gabe Madway, a spokesman for the site. The network, now owned by Menlo Park, California-based Facebook Inc., was created in 2010 as a mobile app for sharing photos and videos.

'It's Happening'
“Most of my top clients are on Instagram,” said Gorvy, who joined in March 2015 and has 54,000 followers. His daily posts are a mix of art images, artist quotes, personal musings, lyrics from David Bowie or Leonard Cohen. “That’s where the future is. It’s now, it’s happening.”

The Robinson portrait was in Hong Kong as part of a private sales exhibition of Western art that was held in concert with Christie’s November marathon of auctions. The seller was billionaire British jeweler Laurence Graff, according to people with knowledge of the matter. Gorvy and a representative for Graff declined to comment.

The buyer, an American, “was ahead of the game because of the speed of knowledge and direct connection to me from the other side of the world,” Gorvy said.

The platform allows Gorvy to take the temperature of trends and peek into collectors’ living rooms. Although he views it more as a diary than a marketing tool -- Gorvy recently posted photos of a rooster walking down the street and dolphins leaping through the waves -- he has received tips via followers that led to sales.

The size and quickness of the Basquiat deal surprised him and others in the industry.

“That’s the highest number I’ve heard” for a work sold through Instagram, said Simon de Pury, an auctioneer who has 174,000 followers.

Online Sales
Social media has been a part of the art business for years, mostly to spread the word about artists and exhibitions, but its importance has increased. Online sales reached $3.27 billion last year, more than doubling since 2013, according to a survey by London-based Hiscox Ltd. Almost half of buyers surveyed use Instagram, the report shows.

Leonardo DiCaprio bought an artwork at a 2015 fair after seeing it on Instagram. Hip-hop mogul Swizz Beatz has used social media to source works for his “No Commission” shows in Miami, London and New York. Artist Richard Prince discovered Irish painter Genieve Figgis on Twitter, helping lead to two solo shows in New York and a current exhibition at the Metropolitan Opera’s Gallery Met.

“There are artists who beg me to put their works onto my feed,” de Pury said.

Followers can get too eager. A few years ago he posted an image from the popular London restaurant Novikov, which had an abstract feel to it, with the hashtag #Novikov.

“I instantly had people asking me," de Pury said, ”‘Where can I buy a Novikov?’”