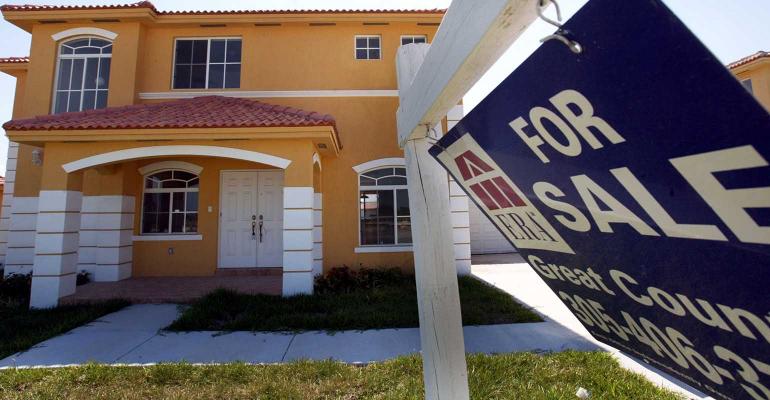 The head of Bank of America’s private bank oversees a group managing customers ready to invest at least $3 million. Business is booming, she says.

(Bloomberg) -- These are strange times for even the richest Americans: A pandemic shook the world and yet everything rose in value. Now many are calling up their wealth managers, asking more — and often unusual — questions.

Can a third or fourth home be a good investment? Should I add cryptocurrency to my investment portfolio? How do I leverage my art collection? Is it time to sell the family business and move to Florida — or maybe just move to Florida? Can grandkids join the next estate-planning call on Zoom?

As head of Bank of America Corp.’s private bank, Katy Knox has been hearing it all, and then some, while overseeing more than 4,000 employees who help customers ready to invest at least $3 million — and often far more. The 35-year banking veteran took over the division in 2018, leading the business through a period of re-branding from what was previously U.S. Trust to Bank of America Private Bank. Some clients have more than a billion to invest.

Knox’s current experience shows an industry in the throes of rapid change. Competition among wealth advisors, particularly for the ultra-high net worth individuals, is high. And assets are growing.

The first thing to note is that there are suddenly many more millionaires seeking advice across financial firms. The economic quakes set off by Covid-19 have been tough for much of society but, by and large, good for people who started off with significant amounts of cash and assets, or business that the pandemic benefitted. Prices for stocks, real estate and fine art soared. Sectors such as tech flourished.

BofA’s private bank now has a local presence in 40 markets across the U.S., growing from 25 since Knox took charge. This year it aims to increase that number to 50, essentially doubling over a four-year period.

But with that growth, and the pandemic, has come a lot of queries that would have been uncommon a few years ago. One of the chief topics: moving residences — or buying a second, third or even fourth home as future investments.

“It’s the hottest market I’ve ever seen,” Knox said in an interview from the 50th floor of her office overlooking New York City’s Bryant Park. One out of every five properties purchased by clients of the private bank or the Merrill Lynch division is now an extra home, up from every seventh before the pandemic.

Many clients start by shifting residences. Some left cities during early Covid outbreaks and “fell in love” which the cozier locales where they bunkered down, such as the Hudson Valley, and the Hamptons, Knox said.

But they’re also eyeing warmer locales — such as Florida’s Palm Beach, Naples and Miami. Apart from the weather, the state has another attractive feature: lower taxes — which is another hot conversation topic at the bank. The wealthy have spent the past year pressing their advisors for insights into further levies Democrats controlling the White House and Congress could extract from high earners.

“There were a lot of what-if scenarios” being discussed early in the pandemic mainly around capital-gains tax, Knox said. The new year presents the potential for more change to come.

Clients are looking for opportunities to mitigate potential tax changes, including on income and managing trust distributions, she said.

As for the next frontier, crypto is generating interest among the wealthy, especially those looking to diversify their investments.

“Our clients tend to be curious about the entire ecosystem that is developing, from the currencies to the various applications of blockchain technology,” Knox said. “This is clearly a fast developing area of the capital markets and clients want to understand whether they should invest, and the different ways to gain exposure.”

Philanthropy also took off during the pandemic and remains up across the private bank, Knox says. “Many clients are opting to give during their lifetime so they see the impact and can be directly involved with the organizations or individuals they’re supporting,” she said.

Knox’s experience of more than three decades across the bank gives her a unique perspective to share with clients. She’s become one of the most prominent women at Bank of America, occupying a seat on the management team and reporting directly to Chief Executive Officer Brian Moynihan.

Her role is expanding in the new year, with added responsibilities of heading a team of trust specialists as well as leaders in the banking and lending-strategy unit.

Her leadership over the years has touched every unit at the company across commercial, corporate and retail banking. In her current role, Knox is often out entertaining clients — whether over dinner, a private tour of the Rubell Museum at Art Basel in Miami, or in the private box of New England Patriots owner Robert Kraft for an NFL football game. When the Covid-19 pandemic was at its worst, and in-person events were cut, clients opted for video or phone calls with their family members.

Knox has also seen a shift in the way people think about their wealth, and the legacy they’ll leave behind. They “want to live their legacy right now. It doesn’t mean they are not planning for their family. It means they’re giving has increased, their passion around organizations and the impact they can have has increased,” she said.

Clients are also thinking about the next generation. At the private bank, customers have contributed 25% more to trust accounts in the last 12 months than they have in the prior two years, according to Knox. They’re also investing in art, building collections they can use as collateral.

The momentum doesn’t seem to be slowing. The business added more than 3,400 new clients since the beginning of 2020, and growth is now exceeding pre-pandemic levels. Advisors are also being added to match the need. What started as 300 professionals in 2015 has reached 500 and is expected to grow to more than 600 over the next few years.

The private bank represented $625 billion of a total $4.3 trillion in client balances across wealth management at Bank of America during the last quarter of 2021. The unit recorded an all-time high assets under management balance of $360 billion, up 15% from the same period a year earlier.

To contact the author of this story:
Katherine Doherty in New York at kdoherty23@bloomberg.net