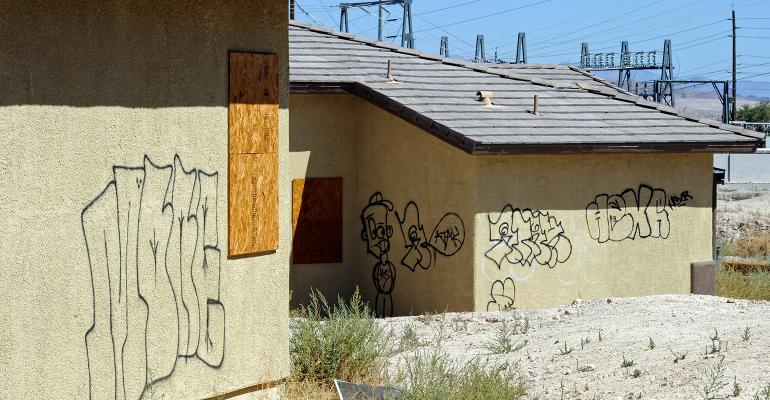 The rules provide more clarity on the tax breaks included in the 2017 tax reform legislation.

By Laura Davison and Noah Buhayar

(Bloomberg) -- There’s plenty of enthusiasm for new U.S. tax breaks for investing in low-income communities designated as opportunity zones. But many people have delayed spending because of uncertainty about how the incentives will work.

The Trump administration sought to clear away those hurdles Wednesday with new guidelines designed to meet investor wishes, while leaving unresolved some issues flagged by critics.

“The government really wants this to work,” said Jessica Millett, co-chair of the tax department at Duval & Stachenfeld LLP. “Treasury really did use its regulatory authority to interpret things to help investors.”

Lawyers, accountants and consultants will be poring over the 169-page proposal to parse what it means for clients, but early analyses identified several measures that will encourage capital to get off the sidelines. The rules allow a more flexible timeline to invest cash, as well as a one-year grace period to sell assets and reinvest the proceeds. The new rules also provide more clarity around how a business can prove it’s conducting enough activity in a zone.

Investors previously shied away from developing distressed areas, Trump said, but when they see tax rates “all the way down to a big, fat beautiful number of zero” they start “liking the location.”

Investors claim the breaks by taking capital gains income they’ve earned previously and spending it in the distressed areas. The provision, part of the 2017 Republican tax overhaul, allows them to defer those tax bills until the end of 2026, and it can reduce the total amount of tax they owe. New investments in opportunity zones can grow tax-free if investors hold them for at least a decade.

While the broad outlines were in the statute, there have been many questions about how the law would work in practice. The new Treasury regulations clarify that once a fund receives money, it will have six months to buy assets that qualify for the tax breaks. The rules also specify that land and vacant buildings are eligible investments for an opportunity zone fund.

“They provided even more flexibility than we expected,” John Lore, managing partner at Capital Fund Law Group, said in an interview.

The rules provide more clarity for investors who want to set up funds that hold more than one asset. Investors would like to create such funds to reduce the risk of a single bad project wiping out any return.

“It’s a major step forward in allowing real estate funds to be able to invest in a way that corresponds with market terms,” Lore said of the leeway to sell assets and reinvest the proceeds. He said it will allow funds to have a “rolling investment strategy without holding that specific property for 10 years, which, for many investors, is not an ideal strategy.”

The rules also allow investors to get special tax treatment if they’ve held their stake in the fund for at least 10 years, even if the fund didn’t own the asset for a full decade.

The administration “continues to remain supportive and is clearly taking a liberal stance in interpreting the law,’’ said Craig Bernstein, principal at OPZ Bernstein, a real estate private equity fund that is targeting investments in opportunity zones.

Some critics say the law is written so loosely it could become a handout to the wealthy, juicing returns on projects they would have pursued anyway. Others say the bulk of investment could go to zones in places like Brooklyn and Portland, Oregon, that have little trouble attracting inflows.

The most recent rules also cleared up an issue investors had criticized from an earlier set of regulations released in October around how businesses show they’re conducting enough activity in a zone.

Regulators have wanted to prevent shell companies from exploiting the breaks. To do so, the previous rules required businesses get half of their gross income within their opportunity zone. That would work for an apartment building or a grocery store, but less well for a business hoping to manufacture a product to be sold widely, or provide services online.

The new rules solve this by allowing funds three different ways to prove they are conducting enough business within the zone based on employee hours, where services are performed or where management is located. Businesses can also appeal their case.

That should prompt more funds that invest in operating businesses to get into the marketplace, said Steve Glickman, a former Obama administration official who helped design the incentives and now runs Develop LLC, which consults with investors in opportunity zones. Until now, most opportunity zone funds have focused on real estate, because there was a clearer path to claim the benefits.

“We are trying to be as user-friendly as we can within the context of the law,” Treasury Secretary Steven Mnuchin said at the White House event. About 20 governors and several hundred local leaders were invited to discuss how the tax-incentive program works in their communities.

This round of regulations doesn’t impose reporting requirements that would allow the IRS to assess penalties on those who violate the rule. The Treasury Department released a document Wednesday soliciting public suggestions on how to measure economic activity in opportunity zones and how to collect the information.

Skeptics of the incentives have said it’s unclear who’s making investments in opportunity zones and what sorts of projects they’re backing. Such data will be important to assessing whether the tax breaks fulfill their intention –- to create jobs and economic development in low-income communities -- or end up encouraging investment that may have happened anyway.

Brett Theodos, a senior researcher at the Urban Institute, said the administration has signaled it’s interested in gathering more data. But, for now, he said there are “more questions asked than answers.’’

Senators Cory Booker, a New Jersey Democrat who’s seeking his party’s presidential nomination, and Tim Scott, a South Carolina Republican, plan to introduce legislation requiring the IRS to collect data from tax-break recipients to show how their investments are altering economic conditions in their opportunity zone.

Booker and Scott were early backers of opportunity zones in Congress. Their proposal would require the IRS to compile data about how many funds have been created, what assets they own, how many jobs have been created and how poverty levels have changed.