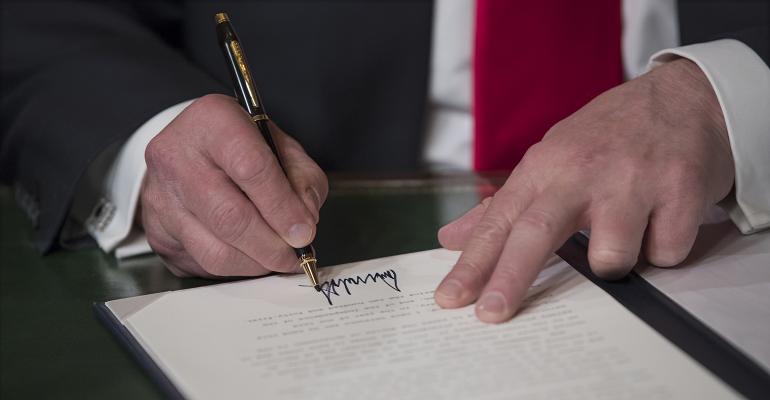 The Protocols will modernize the treaties with Japan, Luxembourg, Spain and Switzerland in various areas but predominately in the mutual support and coordination of government efforts to address tax evasion. The Protocols also harmonize the treaties with the underlying international network of U.S. DTTs, as well as with the Organisation for Economic Co-operation and Development’s efforts to coordinate the reform of international taxation.

U.S. Sen. Rand Paul (R-KY) has been the primary impediment in the Senate, blocking ratification for years based on privacy concerns, according to U.S. Senate Majority Leader Mitch McConnell (R-KY). There’s been no clear path for any income tax treaty or Protocol to be ratified in the Senate, and the U.S. Treasury Department (Treasury) hasn’t, unsurprisingly, signed a treaty or Protocol since 2013. The ratification of these four Protocols would appear to alleviate this blockage. The U.S. Senate had hoped to take up three pending treaties with Chile, Hungary and Poland next. However, the latter three treaties may first need to be renegotiated after Treasury flagged issues that may need to be revised in light of U.S. tax reform. The ratification of the Protocols and treaties will also hopefully encourage Treasury to secure additional agreements (for example, with South American countries) in the near future.

Although it’s taken nearly a decade, the newly updated DTTs with Japan, Luxembourg, Spain and Switzerland indicate the United States' ongoing commitment to modernizing its network of international tax treaties. The changes these Protocols will bring are expected to encourage more bilateral investments, while generally bolstering the U.S. government’s efforts to identify and investigate taxpayers believed to be evading U.S. federal taxes.

Under the amended treaties, treaty partners Spain, Japan, Luxembourg and Switzerland will also be able to avail themselves of the updated provisions to investigate taxpayers that are based in the United States or have financial accounts in the United States. Meanwhile, treaties with Poland, Hungary and Chile, which have also been pending for nearly a decade, are still on hold. The Senate Foreign Relations Committee has deferred its consideration of these three treaties because ranking member Sen. Menendez raised concerns regarding Treasury's reservations that address the Base Erosion and Anti-Abuse Tax provisions of the Tax Cuts and Jobs Act. Treasury and Senate Foreign Relations are working together to find a resolution that would permit these three treaties to move forward. There’s currently no word on whether and when the Senate Foreign Relations Committee will consider the Protocol amending the Convention on Mutual Administrative Assistance in Tax Matters, which was agreed to on May 27, 2010, and first submitted to the Senate on May 17, 2012.

For more details of the changes brought about by the recently passed Protocols, read the full-length version of this article on Baker McKenzie’s website.