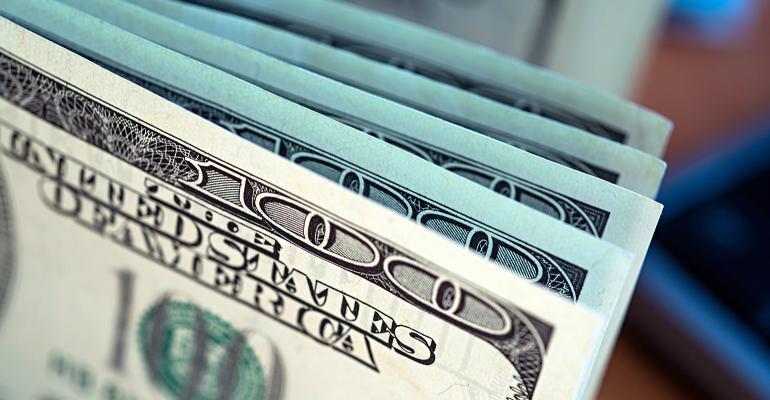 Free money for the very rich, no risk involved. Talk about elite privilege.

By Morris B Pearl and Michael Kink

(Bloomberg View) --When he was running for president last year, Donald Trump repeatedly promised to close the carried-interest loophole for most Wall Street billionaires, including the vast majority of private-equity and real-estate fund managers.

As president, he appears to be breaking that vow. As Treasury Secretary Steven Mnuchin explained in an appearance with Senator Mitch McConnell last month, the administration will instead keep the loophole open for funds that “create jobs.” This amounts to a loophole for the loophole, and parrots the widely discredited talking points of lobbyists for the private-equity industry (the people who benefit from the carried-interest loophole) who claim the funds create jobs. In reality, the funds are responsible for layoffs nearly as often as they are for job creation.

But even if private-equity funds were responsible for every single new job in the U.S., the carried-interest loophole would still be inexcusable, because it has nothing to do with the functioning of the firms themselves. Carried interest affects the income of the people who own the fund management companies, not the funds they work for or their investors. There is no economic justification for allowing these managers, who make millions and sometimes even billions of dollars without investing any of their own capital, to pay half the tax rate of everyday Americans who actually work for a living.

Let’s look at how the managers actually do business. Investors put billions of dollars in a fund, and pay a fee to the fund management company to decide what companies to invest in. The fund management company helps those companies become more valuable, and then, it hopes, sells them at a profit. In most private investment partnerships, the investors receive 80 percent of that profit, and the firm gets 20 percent -- the carried interest.

It’s important to note that these firms receive an annual management fee, regardless of how well the fund is doing. No matter what happens, the managers at the firm are going to get paid. There’s no risk. The amount of carried interest they earn can vary, but the worst case is that they make only their base investment management fee. They can’t lose any money.

If the general structure of that arrangement sounds familiar, that’s because it is. If you break it down, fund managers receive a base salary with occasional bonuses based on performance, just like millions of other Americans across all employment fields. Do these money managers, already some of the wealthiest people in the world, really deserve a tax break for doing their jobs just because they claim on their tax returns that they are "partners" with their clients?

Clearly not. And it’s far past time the U.S. government fixed this. This loophole is costing taxpayers billions of dollars a year, all to give a few ultra-wealthy Americans a tax cut. The middle class is subsidizing these millionaires.

In his presidential campaign, Donald Trump seemed as if he realized this: He promised over and over to close the loophole, saying that hedge-fund managers who use it are "getting away with murder." Alas, something seems to have changed.

Maybe Trump has genuinely had a change of heart, and now believes it’s best for the country for billionaire fund managers to pay a lower tax rate than doctors, teachers and firefighters. Or maybe he doesn’t need to pretend to care about Wall Street excesses anymore.

Either way, the result is the same: His billionaire donors will continue to pay an absurdly low tax rate. Let’s hope Congress is more willing than his administration is to stand up for tax fairness.