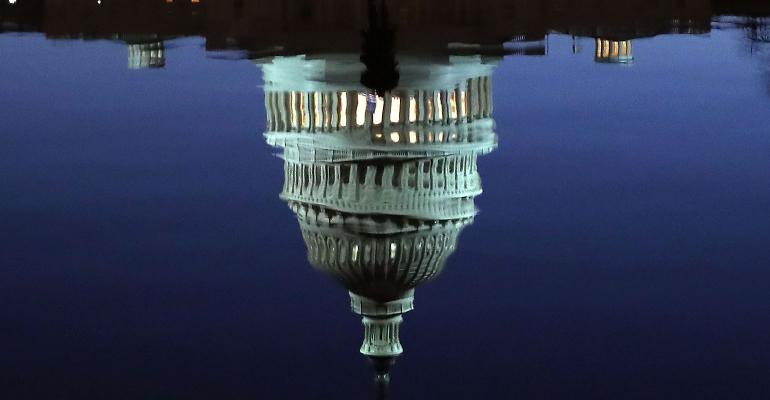 Some recent developments concerning charities and their donors.

You may be wondering, is this yet another article about the president and his critics in Washington? No, actually. We’re going to offer you a respite from that and put a spotlight on other important developments in Washington, D.C.—having to do with charities and their donors.

It’s Not Just the Bite, It’s the Bark Too

Regardless of the good work the charitable sector does across the country, it isn’t guarded from criticism both inside and outside Congress. Understandably, legislators want to verify that nonprofits are operating in good faith, while some of those on the outside want to make sure fellow citizens are putting tax-preferred dollars to good use. And the charitable sector certainly doesn’t want the rare bad actors to upend their important missions.

Back when he was chairman of the Finance Committee in the early 2000s, Sen. Chuck Grassley (R-Iowa) demonstrated a proclivity for oversight of the tax-exempt sector, and he made waves. Well, he’s back at the helm of the Finance Committee and has seemingly recommitted his committee’s sizable oversight infrastructure to “[e]nsure the nonprofit sector is living up to the purpose of its tax-exempt status.”

And oversight doesn’t necessarily mean legislation—the "bite." With the public hearings, the dickering over details and the negotiating, legislation is often very messy. Rather, Grassley knows that a well-placed letter can have an outsized impact on behavior without all that chaos. Just recently, he sent a letter to the IRS commissioner asking about recent oversight of tax-exempt hospitals. This time, the concern is that tax-exempt hospitals are cutting charity care while their revenues increase, something that could signal misuse of tax-exempt status.

We likely know where this is going. Back in 2008, Grassley wrote to the 136 U.S. colleges with endowments of $500 million or more, asking a series of questions about endowment growth and spending on student aid in light of the explosive growth in college endowments. The end result? The scrutiny is widely credited with spurring more generous, no-loan financial aid packages for low- and middle-income students at the wealthiest institutions, as acknowledged by the higher-ed community.

Then there’s criticism outside of Congress. For example, there’s been a steady stream of articles scrutinizing charitable donor-advised funds (DAFs) for amassing great wealth, one notably from a former staffer to Grassley. And those criticisms aren’t letting up. The big question is, will this current criticism of DAFs resonate with Grassley? And if so, how?

Bottom Line: Leading the tax-writing committee isn’t just about legislating. Scrutiny, or the “bark,” can move mountains too.

Expect to Hear More About the Decline in Donors

Then the 2017 tax bill passed, and between changes in, among other things, the income tax rates, estate tax rates and standard deduction, the number of donors that still itemized and could take a charitable deduction fell to about 12 percent of taxpayers, down from about 33 percent the year before. Or said another way, the new tax law is making it more expensive to give for a lot more donors.

So, new data now show that the level of giving isn’t keeping up with the level of economic growth, which are typically correlated. Not good. That, coupled with the steady decline in Americans giving to charity since 2006, has prompted some lawmakers to take action—mostly because nonprofits that serve their communities and constituents have made a pointed case.

Most recently, Rep. Danny Davis (D-Ill.), a long-serving member of the Ways and Means Committee, introduced legislation that would expand the charitable deduction to all Americans. Reps. Chris Smith (R-N.J.) and Henry Cuellar (D-Texas) have a similar bill.

There isn’t yet clear data that show the ultimate impact of tax reform on charitable-giving levels; we don’t expect to have that for a couple years. However, initial numbers aren’t great. They show that giving is concentrated among wealthier donors whose giving tends to be skewed toward the arts, universities and hospitals. So while overall giving might hold steady, or even increase over time, there will be winners and losers among charities. And that uncertainty has many in the nonprofit sector very worried.

Advocacy Is the New Safeguard

However, tax reform seemed to trigger something at nonprofits that we hadn’t really seen before in such volume—almost a visceral obligation and driving commitment to connect with lawmakers and demand to be heard. The charitable deduction was at stake, and while the result will likely be fewer donors (because so many more will be taking the new, generous standard deduction), it could have been far worse.

And they’ll need their energy and vigor for what’s ahead. Between oversight investigations and righting the ship on the charitable deduction, there’s no turning back now.