A-Rod co-founded Newport Property Construction in 2008, which specializes in multifamily unit renovation, high-end residential expansion and custom build projects and commercial construction for property types including education, office and mixed use. The company, which acts a general contractor, is based in South Florida, but works nationally.

A true marriage of equals, these two tennis greats turned to real estate investment in the mid-2000s with Agassi Graf Development, which focuses on development of luxury hotels and resorts. They partnered with AOL co-founder Steven Case on 650-acre Cacique, a gated community in Costa Rica for the Exclusive Resorts brand that will include an Agassi-branded tennis center, 2,000 homes, a spa and a golf course. The development is reported to cost $800 million.

Having conquered the film industry, the two movie stars set their sights on real estate investing. But when the pair tried their hand at developing Las Vegas casino Las Ramblas in 2006, high construction costs ultimately killed the project. Twenty-five acres of land bought in 2005 for about $90 million were then sold to Starwood for $202 million in 2006. Now, Clooney is reportedly an investor in the Hills resort in Southampton, N.Y., while Brad Pitt is reported to be in the early stages of developing a $1.5 billion dollar Croatian resort along the Adriatic Sea.

After recurring roles on Baywatch and Melrose Place in the 1990s, Charvet became a full-service luxury home developer and builder in 2007 when he co-founded Los Angeles–based Jones Builders Group, through which he has developed a Charvet Estates line of homes.

Roger Staubach opened his own commercial real estate firm, The Staubach Company in 1977, in the middle of a fabled career with the Dallas Cowboys (1969-1979). He focused on office development, buoyed by the Texas oil boom of the 1980s. Building on his success through the years, he then sold the firm to JLL for $640 million in 2008. Staubach told Fortune in 2014 of his choice to move into real estate that “I didn’t make enough money in my sport to retire.” He now holds an executive chairman position at JLL Americas.

Emmitt Smith cited the success of former NFL player Roger Staubach as an inspiration for entering commercial real estate. Smith played as a Hall of Fame running back for the Dallas Cowboys from 1990 to 2002, then for the Arizona Cardinals from 2003 to 2004, but when he wanted to enter commercial real estate, he spent summers as a pseudo-intern at Staubach’s real estate company. In 2005, he partnered with Staubach to create a retail brokerage firm, Smith/Cypress Partners LP. Smith is also co-founder and CEO of ESmith Legacy, a commercial real estate development and holdings firm.

In 2004, former MLB player Mo Vaughn co-founded OMNI New York LLC, which specializes in affordable housing and multifamily rehabilitation projects. Since that time, OMNI has worked on 7,289 affordable housing units in New York, and the firm is actively focusing on rehabilitating Bronx properties. But OMNI has also expanded across the U.S. and owns 5,219 units combined in Florida, Georgia, Maryland, Massachusetts, New Jersey, North and South Carolina, Wyoming and Virginia. Before his real estate career, Vaughn played from 1991 to 2003 with the Boston Red Sox, Anaheim Angels and New York Mets.

Shaq began building a real estate holdings portfolio, which ESPN reported as being worth $50 million, early in his basketball career. But in 2006, Shaq created Miami-based The O’Neal Group, with one of his first projects being The Miami Met, a $1 billion mixed use development completed in partnership with MDM Development. On its website, The O’Neal Group notes its mission is to “acquire, develop and promote landmark real estate offerings that provide integrated lifestyle opportunities and/or improve the economy for previously underserved, underperforming areas.” The company is active in Louisiana, New Jersey, South Florida and Southern California. Shaq’s various investment holdings include car washes, Auntie Anne’s pretzels, Las Vegas nightclubs, 24-hour fitness gyms and Vitamin Water.

While topping Billboard charts in the 1990s, Rob Van Winkle (AKA Vanilla Ice) quietly dabbled in real estate investment by purchasing single-family homes and condominium units throughout the country. He’s now a full-fledged home flipper with his own show on the DIY Network. With the development of TheCarLoft in Delray Beach, two-floor condominium units that feature a garage showroom on the first floor, he expanded on the audacious amenities he’s been known to include in his homes. The Wall Street Journal reported one of his home renovations has “an infinity pool with glow-in-the-dark tiles meant to look like a starry sky … a roughly 250-foot-long lakefront beach with sand from Key West … a swim-up bar lighted with fiber optics and a Jacuzzi that seats 25.”

In 2001, he turned his attention to urban investments, and partnered with Canyon Capital to create the Canyon-Johnson Urban Fund. He raised $1 billion in a third round of funding for the group in 2011 to target 40 metro markets. The Fund now owns a portfolio worth $4 billion in developed assets. 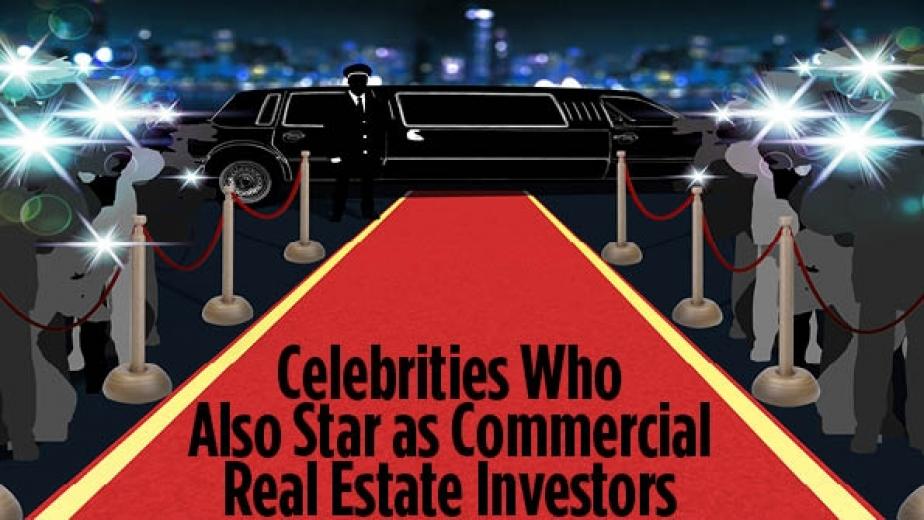