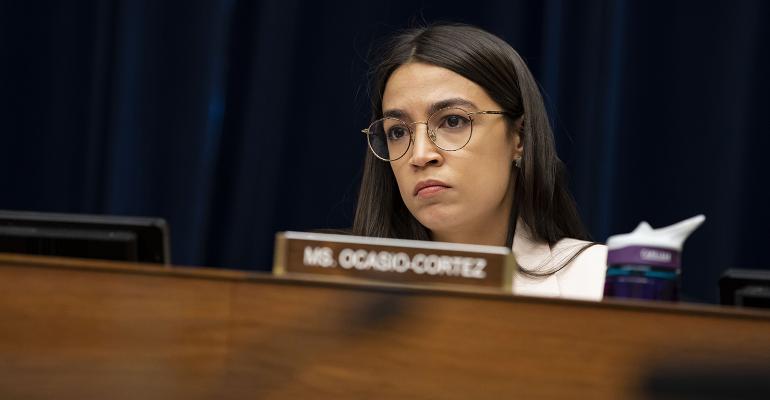 Is There a Wealth Tax in Your Clients' Future?

There’s a common trend in efforts to address income inequality.

Just as daffodils and robins are harbingers of spring, a new wave of tax proposals surely presages the onset of our next election cycle.

One trend is clear—an effort to address income inequality by imposing new and/or higher taxes on the wealthiest Americans. Several candidates for the Democratic presidential nomination, along with other prominent Democrats, have incorporated such measures in their messaging. Let’s focus on the prospects for several such proposals—including a wealth tax, an expanded estate tax, a financial transactions tax and a top individual tax rate of 70%.

At the outset note that no tax legislation is likely to advance until after the 2020 election due to the current split government in Washington, D.C. Depending on the election outcome, we could certainly see higher tax rates and reduced exemptions within our current tax system. However, new taxes, such as a wealth tax, would face significant logistical and constitutional challenges.

As part of her presidential campaign platform, Sen. Elizabeth Warren (D-Mass.) has proposed an “Ultra-Millionaire Tax.” This annual wealth tax would apply to individuals and is calculated at 2% of net worth above $50 million and 3% of net worth above $1 billion. It’s estimated to affect 75,000 households and generate $2.75 trillion in revenue over 10 years.

Although we haven’t seen a wealth tax in the United States, it’s been deployed with very limited success in other countries. As recently as 1990, 12 Organisation for Economic Co-Operation and Development countries (there are presently 36) were using this approach. The roster of wealth tax nations has dwindled over time, however, and currently only Norway, Spain and Switzerland make the list—although a few other countries do include a separate tax on the value of specified assets in their overall tax systems.

The main challenges with administering a wealth tax are logistical and revolve around proper measurement and enforcement. Major assets, such as closely held businesses, are often simply too difficult to value with precision, and the costs involved can be significant.

Further, wealthy individuals may explore various techniques to minimize the declared value of assets for purposes of the tax.

While administrative logistics would clearly present a challenge for a wealth tax in the United States, it would also have a more formidable hurdle to clear—the U.S. Constitution.

Many legal experts believe the Constitution prohibits a wealth tax under Article 1, Section 9, which reads in part:

“No capitation, or other direct tax shall be laid, unless in proportion to the census or enumeration….”

This provision would require all taxes be imposed on the states in direct proportion to the total population.

The 16th Amendment removed this restriction, but apparently only as it applies to income taxes:

“The Congress shall have power to lay and collect taxes on incomes, from whatever source derived, without apportionment among the several states, and without regard to any census or enumeration.”

Whether a wealth tax could be enacted and pass muster under these two key constitutional guideposts is a matter of robust legal debate. Such a measure would likely face a series of challenges on constitutional grounds and might ultimately require resolution by the U.S. Supreme Court.

Therefore, though the “Ultra-Millionaire Tax” envisioned by Sen. Warren could raise significant revenue, logistical challenges would make it very difficult to administer and enforce. Beyond this, the weighty constitutional issues involved could take years to sort out in the courts.

Although in practice the federal estate tax may feel like a direct tax on wealth, it’s instead been ruled an indirect tax on the transfer of wealth and thereby not subject to similar constitutional scrutiny.

Sen. Bernie Sanders (I-Vt.) and Sen. Cory Booker (D-N.J.) have both proposed legislation that includes an increased tax rate on estates as well as a reduced lifetime exemption amount. Sen. Warren has endorsed similar changes. The expected revenue increase in the Sanders proposal is estimated at $2.2 trillion.

Importantly, although the top tax rates increase significantly in both the Sanders and Booker proposals, increased estate tax liability will begin at a much lower level. As noted, in these proposals, the lifetime exemption for individuals would decline from $11.4 million to $3.5 million, so there would be a noticeable spike in the number of taxable estates.

The Booker proposal incorporates several additional far-reaching tax provisions, including an increase of 4.2% in the capital gains rate, restrictions on the use of certain trusts, a cumulative limit on annual exclusion gifts of $50,000 per donor, deemed realization of capital gains on gifts and at death and the elimination of carryover basis.

Sweeping changes along these lines are certainly possible, but at this point, I can’t say whether they’re likely. Based on what we’ve seen in Congress over the past two decades, the only scenario where we believe this might occur is with complete Democratic control of Washington following the 2020 election. They would need to win the White House, maintain control of the House and flip the Senate — in a cycle where 22 Republican Senate seats are on the ballot as opposed to only 12 for the Democrats.

The same political landscape would need to exist for either one of the other main proposals — a financial transactions tax and a 70% top individual tax rate — to gain any traction. I discuss these proposals briefly in the following sections.

Co-sponsored by Sen. Kirsten Gillibrand (D-N.Y.), this legislation comprises a 0.1% tax on trades of stocks, bonds and derivatives. A similar proposal was estimated to raise $777 billion over 10 years.

Such a tax could raise substantial revenue at low tax rates due to the enormity of the tax base—the value of all financial transactions in U.S. markets. Proponents also suggest it would help curb speculative high-frequency trading.

Detractors suggest the tax would increase the cost of raising capital, perhaps discouraging investment and causing a drag to economic growth. They might also point to the recent experience of a financial transactions tax enacted in 1984 in Sweden: More than 50% of trading in Swedish shares moved to exchanges in London, and trading volumes didn’t recover until after the tax was abolished in 1991.

In a television interview, New York Rep. Alexandria Ocasio-Cortez (D-N.Y.) suggested a top marginal tax rate of 70% on income over $10 million as a potential funding measure for her proposed Green New Deal. This is the same top rate that was in effect from 1965 to 1981.

Further details on the proposal haven’t been released, but a key question is whether this tax rate would apply only to ordinary income. At the $10 million level, much of the taxable income reported by taxpayers often consists of dividends and long-term capital gains — which are presently taxed at a much lower preferential rate. Circumscribing the 70% tax rate to ordinary income over $10 million might not raise sufficient revenue, but extending the rate to investment income would truly be a groundbreaking approach. A nascent proposal by Sen. Ron Wyden (D-Ore.) to impose an annual tax on unrealized capital gains would be similarly transformative.

Change on the Horizon?

As noted above, there will likely be no major tax legislation enacted until after the 2020 election. Depending on the election outcome, we could certainly see changes within the framework of our current tax system or even the introduction of a financial transactions tax. The imposition of a wealth tax faces serious challenges, however, due to significant logistical and constitutional issues.

Stephen A. Baxley is managing director and director of tax and financial planning at Bessemer Trust.

This summary is for your general information.The discussion of any tax, charitable giving, or estate planning alternatives and other observations herein are not intended as legal or tax advice and do not take into account the particular estate planning objectives, financial situation or needs of individual clients. This summary is based upon information obtained from various sources that Bessemer believes to be reliable, but Bessemer makes no representation or warranty with respect to the accuracy or completeness of such information. Views expressed herein are current only as of the date indicated and are subject to change without notice. Forecasts may not be realized due to a variety of factors, including changes in law, regulation, interest rates and inflation.