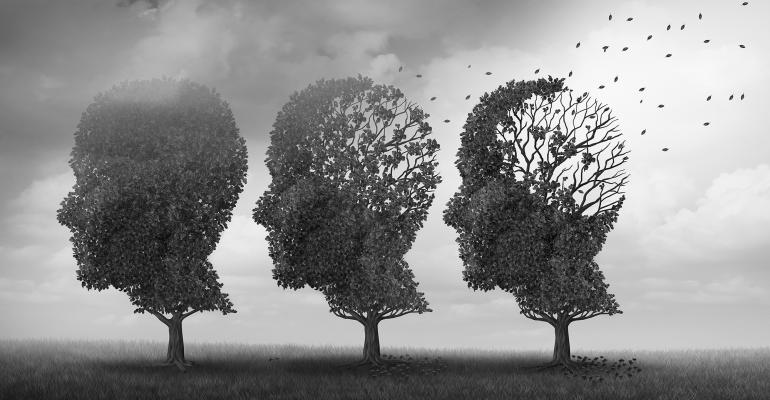 Start Slideshow ›
If you notice early symptoms of dementia, you can be instrumental in assuring your client is protected.

However, while heart disease-related deaths in the United States have declined by 9% between 2007 and 2017, deaths from dementia-related illnesses have increased 145%, and dementia becomes more prevalent with age. Professionals who haven’t already been affected in their practices by dementia are almost guaranteed to encounter clients with dementia in the next few years.

If you notice early symptoms of dementia, you can be instrumental in assuring a client is protected. An individual who may have no noticeable signs of impairment may easily fall victim to elder fraud or abuse. You may be able to prevent exploitation by alerting an appropriate individual of unusual activity, such as withdrawing large sums of money from an investment account or changing beneficiaries. Another, more pragmatic, reason to be aware of signs of dementia and impaired judgment is personal liability. Ultimately, you work at the discretion of the client. However, if a client directs an action that’s inappropriate due to an inability to ascertain risk, to what extent are you responsible?

As a professional advisor, being aware of the signs and symptoms of dementia is critical. The Alzheimer’s Association has provided 10 signs of dementia that have become standard considerations.

This is an adapted version of the author’s original article in the July issue of Trusts & Estates.