Not only the richest in America, but also one of the richest in the world, the majority of the Walton family wealth derives from Bud and Sam Walton, the cofounders of Walmart. Now in its third generation, with the first Walton grandchild joining the board in 2016, the Walmart enterprise is a definitive example of a successful family office.

Koch industries is the second-largest privately owned company in the United States, and a great example of the internal strife that threatens to derail many family businesses. Koch’s four sons were involved in litigation that spanned more than a decade regarding their interests in the family business. Two of the sons are now principal owners of the company, after buying out their two other brothers.

One of the biggest candy manufacturers in the world (among other food products), the company is famous for its secrecy and privacy. As estate planners, you probably know that the Mars family was among 18 billionaire families who lobbied Congress to eliminate the estate tax.

The Cargill-MacMillan family owns approximately 90 percent of Cargill, the largest privately owned corporation in the United States—which makes it difficult to nail down their exact family wealth. This family has more billionaires among its members (14!) than any other in the world, according to Forbes.

The Cox family fortune derives from 1898, when James M. Cox purchased the Dayton Evening News. The company went on to become a media conglomerate, but the family has diversified into the automotive technology industry over the past few decades.

Founded in 1886 by Samuel Curtis Johnson Jr. as a parquet-flooring business, it’s currently in its fifth generation of family ownership. A multinational brand, the company now manufactures household cleaning supplies—products so popular that they have become generic terms.

The Pritzkers founded the Hyatt Hotel chain (among other interests such as cruise lines and tobacco). The family fortune grew quickly and is notable for its extensive use of multiple trusts to avoid taxes, before the practice was commonplace among the wealthy. The strategy isn’t foolproof, however, as in the 2000s, some of these trusts became the subjects of a family feud, resulting in divergent interests.

Edward C. Johnson II founded the brokerage firm Fidelity in 1946. Johnson’s granddaughter, Abigail Johnson, took over as CEO in 2014. As 49 percent owners, the Johnson family has a large stake in the second-largest mutual fund company in the world, with $2.13 trillion in assets under management as of Dec. 31, 2016.

William Randolph Hearst, the founder of media conglomerate Hearst Communications Inc., got his start when he took over his father’s newspaper business in 1887. According to Forbes, as of 2016, the company now owns 46 newspapers and 340 magazines worldwide, and has stakes in cable TV channels such as ESPN and Lifetime.

After 11 years of working at a midstream pipeline company, Dan L. Duncan left and founded his own pipeline business, Enterprise Products Co., with $10,000 and two propane delivery trucks in 1968. His hard work eventually paid off—his company is currently worth a cool $21.5 billion. 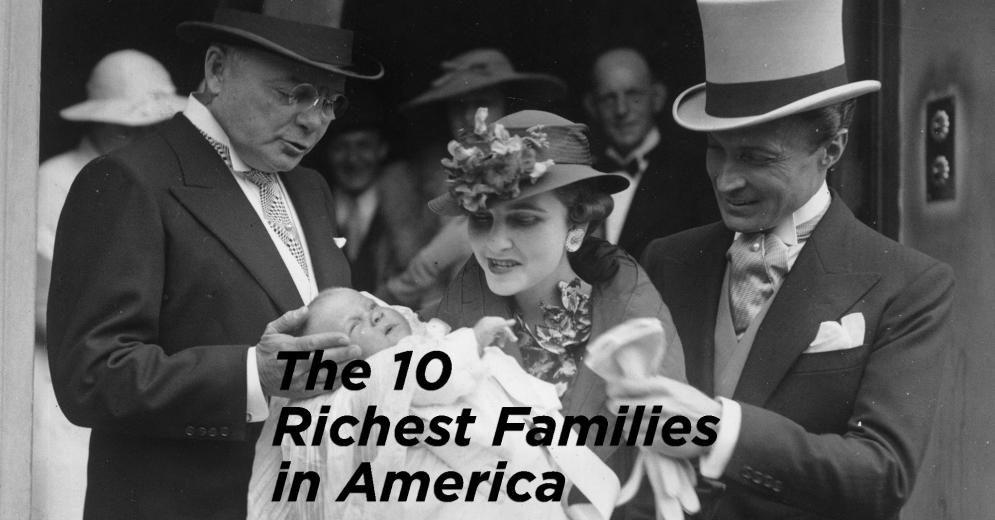