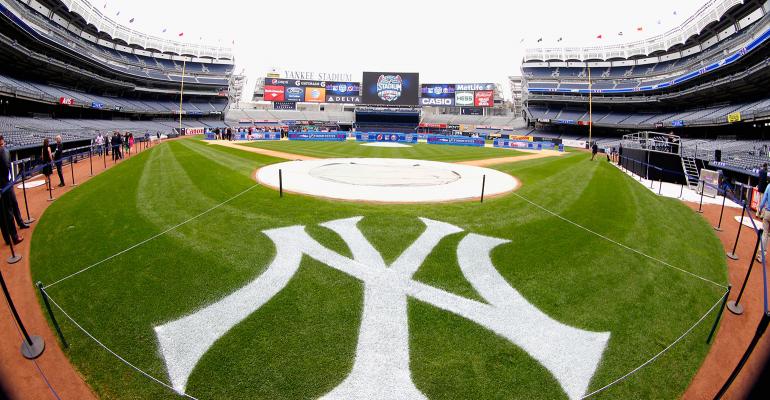 (Bloomberg) -- Why would anyone spend $24 million to buy a 1 percent stake in the New York Yankees? Minority ownership seems like a lose-lose proposition: A lot of money for very little power. For wealthy sports fans, though, it’s cool -- and can be one heck of a tax shelter.

Owning a piece of a team can create the kind of on-paper losses that cut a wealthy owner’s bill to the Internal Revenue Service. A sports team “spits out losses that offset other income," says Murray Solomon, a tax partner at the accounting firm EisnerAmper in New York City. “Then at the end of the day, you can sell the investment and make money.”

To get the full tax benefits, many owners need to be actively involved in the management of their team, a requirement that, for IRS purposes, requires 500 hours of attention, or about 10 hours a week. For a sports fan, it’s not onerous. In baseball, with its 162-game season, “You can get to 500 hours during the season just by showing up and enjoying the games,” says Robert Wilson, managing member of Black Diamond Strategic Management, a consulting firm in Calverton, N.Y.

Watching sports and reading about sports can count. So can travel to and from games. Married couples can combine their time spent, doubling investors’ hours whenever they bring their spouses along.

Not every sports team investor spends that much time, in which case, it’s considered a passive investment, and losses can only be used to offset income from other passive investments. But it’s easy to see why, for owners with other business interests, getting involved pays off in April. A $1 million loss at a sports team, for example, might shield from taxes $1 million in profit from car dealerships or a chain of furniture stores.

What’s more, sports teams often show losses that don’t actually lose investors any money. Investors are generally allowed to write down the value of the initial investment in a sports team over 15 years. Even though franchise values are rising, IRS rules automatically assume the opposite. The result is that a team can look like it’s losing millions of dollars while, for all practical purposes, it’s breaking even or even making a small profit.

These provisions aren’t unique to sports teams. The IRS lets all sorts of businesses write down, or depreciate, the value of their aging assets. This includes, say, equipment that wears out and the value of intangible assets like goodwill, brand recognition and intellectual property. Sports teams have been able to take advantage of this since 2004, which means owners can write down the "declining" value of TV deals, player contracts and the loyalty of fans.

People don’t buy sports teams only for the tax breaks, of course. “They love the sport, and it’s fun,” Bobbi Bierhals, a Chicago-based law partner at McDermott Will & Emery, who has advised clients buying and selling stakes in sports teams. “A lot of these guys are big kids living their childhood dreams.”

There are disadvantages too, she points out. Some owners do need to put up money each year to help their teams make payroll. Leagues are often picky about who is allowed to own a stake in teams. And if your team does badly, it can be more than discouraging. “The whole city can hate you,” Bierhals says.