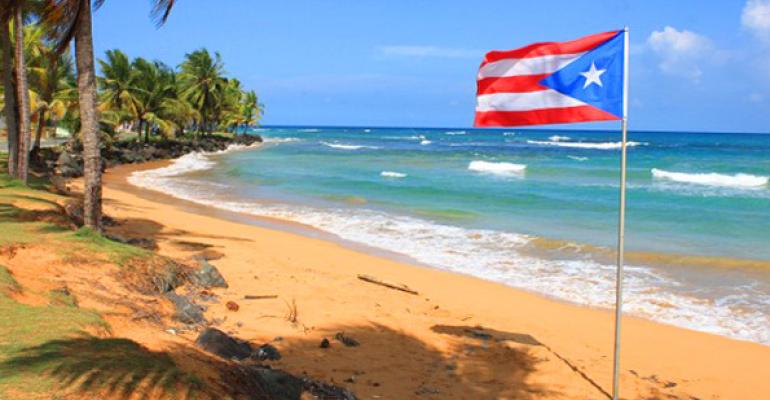 (Bloomberg) -- Over the past two years, every building but one that Margarita Gandia’s real-estate agency sold in Old San Juan went to a U.S. mainlander or a foreign buyer. Every purchaser cited Puerto Rico’s generous tax breaks as the reason for the move.

The influx of outside wealth to Puerto Rico -- particularly those who count their riches in Bitcoin, Ether and other cryptocurrencies -- has hit an all time high. So has frustration with a tax system that many locals say is inflating a real-estate bubble that’s making island life untenable.

“We used to have a vibrant community here,” Gandia said of the cobbled streets and Spanish forts of the colonial city, where she’s seen prices double or triple in just a few years. “Ever since we let people come in without restrictions, we’re losing big parts of Old San Juan. Local Puerto Ricans can’t afford to live here.”

Meanwhile, on the streets of the capital, pictures of wealthy cryptocurrency and real-estate investors are popping up with the caption: “This is what our colonizers look like.”

At the controversy’s heart is the “resident investor” incentive, commonly known as Act 22, that lures wealthy individuals with the promise of legally skirting U.S. federal income tax. Once they’re Puerto Rico residents, they pay zero tax on capital gains, dividends and interest, making it particularly attractive to holders of cryptocurrencies.

But those perks aren’t available to those already living in the U.S. territory, where most people pay capital-gains levies of about 15% and the economy has been in the doldrums for a decade.

“There’s an issue of disloyal competition here,” Puerto Rico House Speaker Rafael “Tatito” Hernandez said last week, as he announced plans to scrutinize all the island’s tax incentives. “Local capital isn’t subject to the same rules. We have to temper this.”

Read More: Puerto Rico’s Economy Is Poised for a Double Jolt in 2022

Proponents of Act 22 and other incentives say they’re attracting a wave of tech-savvy mainlanders who are giving back to the community through their purchasing power, sales and property taxes, and starting companies. Act 22 beneficiaries are also required to donate $10,000 a year to local charities and buy a house.

The island needs all the revenue it can get. On Tuesday, after a four-year ordeal, the government emerged from a record-setting bankruptcy that will require it to pay about $3.4 billion a year to service its debt and public pensions system. And unless it can find new sources of income or jump start the economy, the government could begin running deficits again by 2035.

“The business of the Act 22 people is to buy properties and turn them into Airbnbs or speculate with them,” he said. “They’re making it so I can’t even afford to live in my own city, the place where I’ve been for 30 years.”

Home prices across the island have increased 24% in the past two years, according to the Federal Housing Finance Agency. But in pockets that are popular with mainland investors, like Dorado, Condado and Old San Juan, values are skyrocketing, turning them into English-speaking enclaves of the ultrarich.

Several forces propel the boom, including the work-from-anywhere movement, chronic lack of housing and an explosion in Airbnb and short-term rental units, said Raul Santiago, a professor of planning at the University of Puerto Rico.

But the incentives are an easy target and foster the belief that the government is rolling out the red carpet for mainlanders at the expense of average Puerto Ricans. “The incentives are incredibly unpopular,” Santiago said.

When the pandemic hit New York City in 2020, cryptocurrency trader Mitchell Dong went searching for a new home. He visited Florida, Alaska and Hawaii before stumbling on Puerto Rico.

Speaking on the sidelines of a cryptocurrency conference in December, Dong said the U.S. territory of 3.3 million people offers a mix of colonial architecture and Latin charm that he found irresistible.

“Obviously, we’re here for the taxes: That’s why everybody comes here,” said Dong, the founder and CEO of Pythagoras Investments, a crypto hedge fund which he says has $100 million under management. “But we immediately found a superfriendly expat and crypto community. Our social life is pretty good.”

Manuel Cidre, Puerto Rico’s secretary of economic development, said a distinction must be made between those like Dong who are creating businesses or producing taxable income, and those solely seeking to evade capital-gains and dividend taxes.

“If you come here just to buy a house, play golf and enjoy the weather, I don’t want you paying zero taxes,” he said. He suggested that the island could begin charging some capital gains under Act 22 and still remain competitive compared with the mainland.

Like many jurisdictions, Puerto Rico’s tax incentives are designed to support strategic sectors such as manufacturing, health care and tourism. Many newcomers are also taking advantage of incentives designed for service-export companies that provide a 4% tax rate versus the island’s standard rate of about 35%.

As Puerto Rico emerges from bankruptcy, it’s important to see whether all the incentives are working, said Jesus Santa, the head of the Puerto Rico House Finance Committee.

“If the incentive is good, explain it to me, show me the numbers, but don’t come here with theories and philosophies,” he said. “We need to know which incentives should stay, which ones can be improved and which ones need to be killed.”

On an island that lost a staggering 12% of its population from 2010 to 2020 -- more than any other U.S. jurisdiction -- incentives can stop the demographic bleeding, Santa said.

“For decades we’ve used our incentives to bring people from abroad,” he said. “That’s not a bad thing, but we also have to work with people who are already here.”