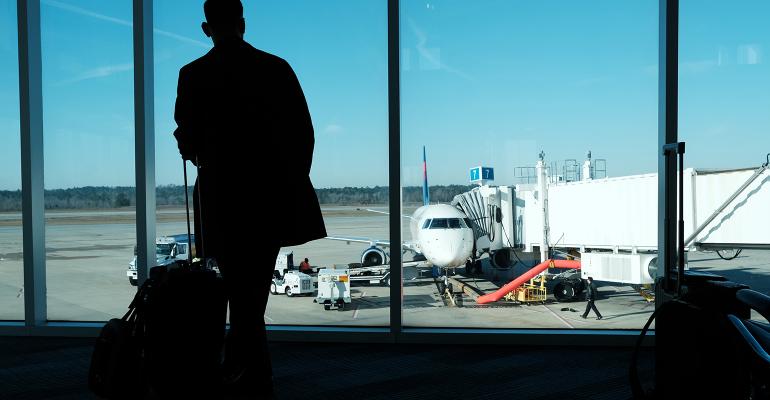 Tax complications loom for those who are stuck in locations they didn't plan on being at for so long.

(Bloomberg) -- Mark Davies is used to flying around the world, typically visiting Geneva and Monaco every month in his work as a tax adviser for the super-wealthy.

Now he’s sequestered at home in southwest London because of the coronavirus pandemic, which is wreaking havoc on his business and the tax plans of his clients similarly accustomed to globetrotting.

“The pandemic means we’ve now got people stuck in the U.K. who didn’t intend to be here, and people who did want to be here that couldn’t,” he said. “It’s gone both ways.”

As nations have closed borders, some individuals are confronting unexpectedly complex tax situations. These include the prospect of higher levies from spending too many days in a foreign locale, or having to shelve plans to obtain tax breaks by moving abroad.

It’s not just international travel that poses tax risks. The question of tax complications also looms for the thousands of people in the U.S. who’ve crossed state lines to hunker down in vacation homes or with in-laws.

Australia, the U.K. and Singapore have issued guidelines to ease concerns about tax residency for individuals trapped because of the virus, but they’re far from fail-safe guarantees. And even as the U.S. and Europe follow Asian nations in phasing out lockdown restrictions, the prospect of global travel returning to pre-pandemic levels remains well in the future.

“It’s not coming to an end any time soon,” said Simon Goldring, a London-based partner at law firm McDermott Will & Emery. “There’s going to be people stuck in different jurisdictions who inadvertently become residents there.”

Spending more than six months in a country typically makes someone a tax resident, although the location of permanent homes, travel histories and income sources are also factors. Determining tax residency is complicated -- even more so when each nation applies different criteria.

Nations also have tax pacts with other countries that override domestic laws and would apply to residency disputes in the absence of pandemic provisions. Resolving tax issues from the coronavirus will be a stressful and costly process for some. Goldring said he moved one client across Italy and France this year to ensure they didn’t exceed the U.K.’s residency thresholds.

There are thousands, “if not tens of thousands” of people, stranded in the U.S., many of whom face a thicket of additional tax scrutiny from the Internal Revenue Service, said Paul Sczudlo, an attorney on Withersworldwide’s private client team.

Ordinarily, foreigners can spend up to 183 days in the U.S., counted either in a single year or over the course of three using a weighted-average formula, before they’re required to pay income tax.

The IRS extended the threshold by an additional 60 days last month, but even that might not be enough to shield people who arrived in the fall or early winter from other states and haven’t been able to return home.

Business owners who find themselves unable to leave the country and become de facto tax residents will be on the hook for U.S. corporate income tax on any foreign company in which they own a majority.

At minimum, they’ll face a mountain of additional paperwork to ensure they’re adequately disclosing holdings, he said. Failing to do so risks potentially large fines, calculated as a percentage of assets for certain entities.

New York, for example, considers anyone who spends more than 183 days in the state a resident and therefore obligated to pay its comparatively steep income tax.

New York hasn’t issued official guidance about how it plans to treat out-of-state virus refugees, but accountants are advising not to hold out hope for leniency. When Hurricane Sandy devastated houses in the tristate area in 2012, many people moved temporarily into New York City apartments to wait out reconstruction and were taxed accordingly.

The pandemic has also thwarted plans of those hoping to relocate this year to a country with lower taxes. In the past, tycoons including steel magnate Lakshmi Mittal, Daily Mail owner Viscount Rothermere and Chelsea Football Club owner Roman Abramovich have made use of U.K. tax exemptions on overseas earnings in exchange for an annual charge.

Davies has helped wealthy individuals move to Britain from Spain, France and Latin America, but that part of his business is now stalling.

When nations reopen their borders, the wealthy may face even more tax trouble from governments looking to recoup the economic costs of a virus that’s heightening global concerns over inequality.

“Taxes are only going to go one way -- up,” said Menna Bowen, a partner at law firm Gunnercooke and tax adviser to Blu Family Office. “Someone has to pay for all of this.”