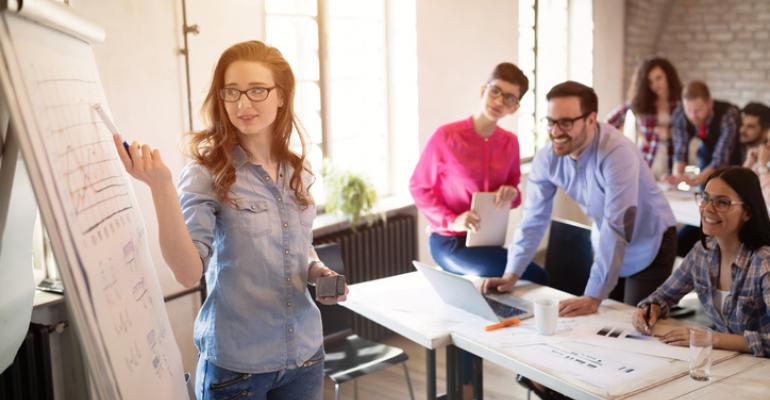 Is there money to be made in idea factories?

Josh Burgess, chief operating officer at Good Machine, occupies an unusual niche in an unusual industry. Good Machine is one of the world’s roughly 200 startup studios, and Good Machine’s niche within this space is creating profitable impact-driven companies.

What Is a Startup Studio?

Burgess explains, “a startup studio is essentially a company that builds and launches new companies.”

While sectors and strategies may differ, most studios follow a similar process. They begin with an idea and use internal resources to build a new company from the ground up, providing hands-on support right from the beginning.

Startup studios create efficiencies of scale by assembling key startup functions under one roof and sharing resources among multiple projects. As a concept moves to a minimum viable product, studios recruit diverse teams to eventually launch the companies on their own.

Burgess goes on to explain that a studio will often have an extensive tech infrastructure dedicated to developing new products. They’re also likely to have a core studio team with a large talent stack.

How Does This Work in Practice?

Burgess likes to think of the startup studio he works with as an idea factory, but one with the experience, resources and discipline to de-risk putting the ideas into practice.

By rapidly prototyping, testing and iterating the design of each product, the studio can quickly determine what will likely scale effectively and result in considerable market penetration and financial returns. “Basically, the ability to promptly return to the drawing board and rework an idea helps de-risk investments because there’s less temptation to stick with a no-longer viable or not-quite-ripe idea,” he says.

Burgess describes a favorite project that came about because of a chance encounter at an event hosted by a prominent family foundation, which has invested in Good Machine. While attending the event, Good Machine’s CEO, David Solomon, learned that 466 million people throughout the world suffer from disabling hearing loss.

That means a significantly decreased quality of life for the 83% of those whose hearing loss goes unaddressed, as well as an estimated annual economic impact of US$750 billion.

Solomon and his team asked themselves why this hadn’t been addressed.

Currently, hearing aids range from $150 for over-the-counter (OTC) devices to $3,000 for prescribed hearing aids. The latter usually require fitting and service from an audiologist. The price and the follow-up care mean that hearing aids are unaffordable and inaccessible for hundreds of millions of people who need them.

Good Machine’s team seems to have an answer to this problem. Through their network of intellectual scouts, they came across a Harvard student, Mukund Venkatakrishnan, who began exploring the issue of hearing loss in the developing world at a young age.

When he was only 15, Venkatakrishnan visited his grandfather in India and experienced firsthand the problems facing the existing auditory health care market as he tried to help treat his own grandfather's hearing loss. This experience inspired him to invent a device that would make it easier and more affordable for people to diagnose and treat their hearing loss.

Like Bill Gates and Mark Zuckerberg, Venkatakrishnan is putting his Harvard studies on hold to pursue an entrepreneurial passion. He’s joining Good Machine as a Founder in Residence to design, prototype and manufacture an open-source hearing device for global markets targeting a cost that potentially could be as low as $25.

“Our studio will in essence act as a deeply experienced co-founder for Mukund until the company grows to a point where it can successfully launch on its own,” says Burgess.

“Research shows that studio-backed companies generally bring return on investment more quickly and with less risk,” says Burgess. “They exit at a faster rate, usually five to seven years instead of seven to ten years with nearly twice the chance of exiting as a startup coming out of an accelerator.”

Combining economies of scale, accumulated experience and the ability to cut losses early on a nonviable project, startup studios have a lot going for them. In the case of low-cost hearing devices, the market is huge, and even though Good Machine expects to share its knowledge with other manufacturers, the payoff, not only in dollars but also in impact, is potentially extraordinary.

Mitzi Perdue is a speaker and co-author of How to Be Up in Down Times. Contact her at www.MitziPerdue.com