/sites/all/themes/penton_subtheme_wealthmanagement/images/logos/footer.png
Recent
Recent
Eight Must Reads for the CRE Industry Today (Jan. 25, 2021)
Jan 25, 2021
Covid Dented Lobbying by Business Groups Ravaged by Pandemic
Jan 25, 2021
Libor Is Still a Big Problem, But At Least It’s Getting Smaller
Jan 25, 2021
How Property Managers Have to Approach Risk in the New Normal
Jan 25, 2021
Investors of All Stripes Are Still Interested in Silicon Valley Office Buildings
Jan 25, 2021
Featured
Poll: 15 Classic Books on Investing and the Markets
Apr 03, 2020
Fifteen Must-Listen Business Podcasts for Advisors
Aug 14, 2020
FICO Updates and Their Impact on Credit Scores
May 06, 2020
The Top Colleges for Financial Planning
Oct 03, 2019
Bloomberg
brought to you by 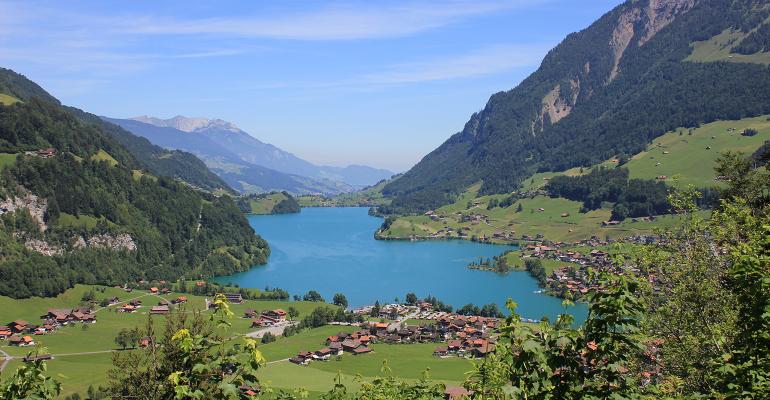 Starting at $500,000: A Swiss Mountain Vault for Storing Riches

Entrepreneurs plan to build strongrooms in the Bruenig massif.

(Bloomberg) -- Long known as a bastion of discrete, secure banking, Switzerland will soon offer the world’s wealthy another choice for storing their prized possessions: rock vaults carved into foothills of the Alps.

The idea comes from entrepreneurs in central Switzerland, home of the Bruenig massif, a hulking mountain about 25 miles southwest of Lucerne. “Your treasure chamber in a solid rock massif,” Bruenig Mega Safe AG, the firm building the vaults, says on its website. “The secure place for safekeeping your assets and sensitive data.”

The company plans to use an expanse within the mountain equivalent to about 10 soccer fields, according to board member Hugo Schittenhelm. “But we could also multiply that space if needed,” he said.

The world’s wealthy are increasingly looking for security as the pandemic has rattled markets and civil unrest has broken out from the U.S. to Hong Kong to London. While some fear a global recession or natural disasters, others are looking to avoid bank deposits as negative interest rates force lenders to charge for holding cash.

Related: This Is Where the Rich Are Hiding $10 Billion in Bitcoin

The Swiss vaults will range from 100 cubic meters (3,531 cubic feet) to 1,000 times that large with heights of up to 90 meters, according to the website. The rock walls ensure a constant relative humidity of 40% and temperature of 12 degrees Celsius (53.6 degrees Fahrenheit). Prices start at $500,000 and go up from there.

In addition to storing valuables such as artwork, gold, stock certificates or even classic cars, the vaults are “ideal as a venue for activities that must meet high security requirements,” the firm said.

The project is being done in conjuction with Gasser Felstechnik AG, a company that specializes in rock engineering and underground construction. The vaults will be built adjacent to several existing Gasser businesses located in the massif, including a firing range, a gastropub, an explosives depot and a facility for training firefighters in dealing with transportation tunnel emergencies.

Bruenig Mega Safe is in talks with about a dozen potential clients, including family offices, art galleries and wealthy individuals, Schittenhelm said. Vault owners are responsible for the cost of building the rooms, while the company will provide utilities, security and other services, according to the website. Customers will have round-the-clock access through a tunnel large enough to accommodate trucks.

Aside from being safer, a rock vault is also cheaper to build, Schittenhelm said. “You’ll get faster construction approvals, the roof can’t be damaged and you don’t need barbed wire and dogs.”

While most interest so far has come from Swiss citizens and firms, the company is also looking to attract clients from wealth hubs such as Hong Kong and Singapore, Schittenhelm said.

Bruenig Mega Safe needs about 7 million Swiss francs ($7.5 million) from initial customers to start construction, he said. Work is scheduled to begin early next year, and the first vaults should be available about 18 months later.

To contact the author of this story:
Leonard Kehnscherper in Zurich at [email protected]

To contact the editor responsible for this story:
Steven Crabill at [email protected]
Peter Eichenbaum