With the potential for tax rate reductions in 2018, accelerating any anticipated deductions to take effect in 2017 could provide excellent value, according to Dave Baldwin of Baldwin & Baldwin PLLC in Phoenix. Individuals can simply push any charitable contributions planned for 2018 forward into 2017. For businesses, the advice is a bit more complex. Those that own real estate should consider having a cost segregation study if appropriate in order to generate a loss deduction. Also, since bonus depreciation will drop to 40 percent in 2018 (from it’s current 50 percent), consider accelerating new fixed asset purchases into 2017 to take advantage of the potential double whammy of greater bonus depreciation and higher tax rates in 2017.

According to Andrew R. Biebl of CliftonLarsonAllen, LLP in Minneapolis (one of the moderators of the session), since both the Trump and Republican tax proposals would eliminate most itemized deductions while doubling the standard deduction, among other changes, the vast majority of clients will likely no longer itemize in the future. This presents a bit of a conundrum for clients planning on making steady annual charitable donations, which will now become nondeductible. However, donor advised funds (DAFs), which allow you to separate the timing of the charitable donation and when the charity actually receives it, could provide an answer. Here's an example: Biebl explains that if a client who was planning on making a series of $20K annual donations over the next three years, was to establish a DAF in late 2017, just before the new rules would take effect, he could “frontload” several years of donations into 2017 by funding the DAF with about $60K. This amount could then be disbursed as planned in $20K increments over the next three years, while recognizing all of the deductibility advantage in 2017.

If the corporate tax rate is reduced to 15 or 20 percent (depending on which proposal wins out, but way down from the current 34–35 percent either way), entity choice could be heavily impacted. C-corporations, which offer unlimited growth potential through sale of stocks and lack of ownership restrictions in exchange for being effectively double taxed— the corporation is taxed separately from the owners, so revenue gets hit twice, first at the company level and then again as shareholder dividends — could be entering a golden age, according to Tony Nitti of Withum in Aspen, Colorado. He explains: “Couple the reduction of the ‘double taxation’ penalty… with a permanent extension of the 100 percent exclusion from the sale of ‘qualified small business stock’ —which by definition must be a C corporation — and suddenly, C corporations look very attractive.”

4. It’s All About Control
Digital Vision./Photodisc/Thinkstock

Richard A. Oshins of Oshins & Associates in Las Vegas keeps it short and sweet when it comes to the popular estate planning technique of forming Family Limited Partnerships and Family Limited Liability Companies to take advantage of the potential valuation discounts that they can offer. He notes, “In almost every instance, [current FLPs and FLLCs] should be amended or terminated. The restrictions that enabled the client to obtain valuation discounts during the wealth-shifting phase generally will be viewed as reprehensible impediments by the next generation.” He also believes the value of control (in an estate planning context) is often too easily dismissed by planners looking for tax advantages and that a client who has control of wealth in trust is almost always better off than one who doesn’t, nearly regardless of tax. Taking advantage of a trust situated in an amenable protection jurisdiction (of which, full disclosure, Nevada is one) can allow clients to somewhat have their cake and eat it too by allowing clients to benefit from a variety of protections while still maintaining control of the assets.

Tax basis, effectively what an asset is initially worth when calculating gains and losses for tax purposes, is a vital, if unsexy, aspect of tax planning. However, there are ways to creatively use basis for a client’s advantage. One such technique, highlighted by Steven Siegel of the Siegel Group in Morristown, N.J., is the concept of “reverse estate planning.” Because assets receive a “free” step-up in basis when bequeathed, clients can benefit by giving low basis (no basis step-up for gifts), highly depreciated valuable assets to elderly family members who won’t be estate tax payers. Now the heirs can benefit from both the “free” basis step up to the date of death value of the item as well as reset depreciation.

As globalization continues to connect the world, clients are more and more likely to have family, property and business dealing abroad. Megan Brackney of Kostelanetz & Fink LLP in New York cautions advisors to be vigilant in reviewing any payments or transfers clients make outside of the U.S. to determine if they have to withhold. Further, for those with significant assets outside the U.S. she stresses the importance of ensuring the client is in compliance with all foreign asset reporting requirements, which are becoming more complex by the day. 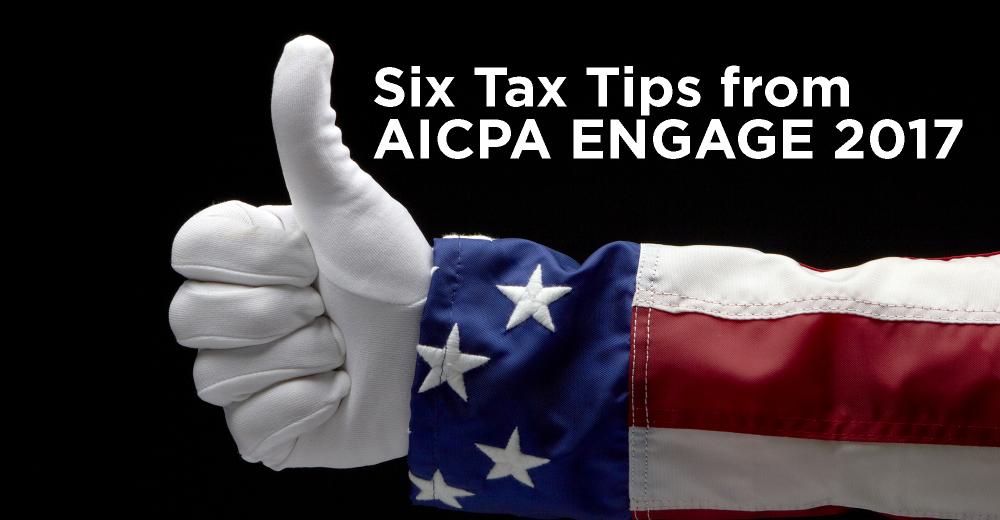