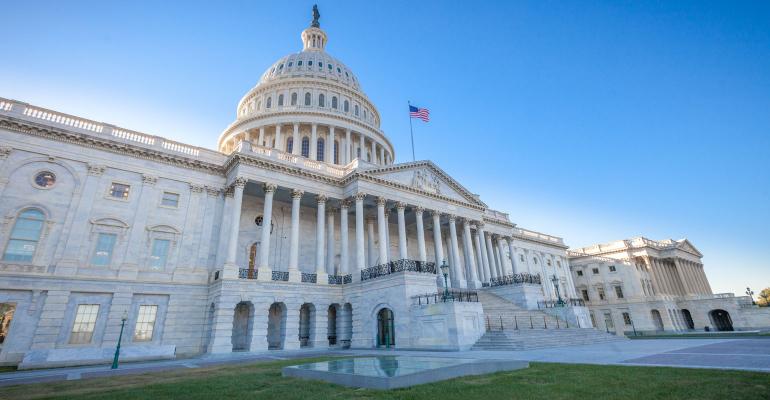 A Record Buyout Is Just the Start as Wealthy Flee U.S. Tax Hike

The threat of higher capital gains taxes prompted the Mills family to sell part of Medline Industries to a consortium of Wall Street investors before the end of 2021.

(Bloomberg) -- For 110 years, four generations of Mills family members earned their money by expanding their great-grandfather’s Chicago apron business into a medical supplier that ranked among the nation’s largest private companies.

Related: One of America’s Richest Families Emerges From Medline Deal

But soon after Democrats turned their attention toward raising taxes for the wealthy this year, the family signed a deal to cash out billions.

It was no coincidence, according to people close to the more-than $30 billion transaction, which sold part of Medline Industries Inc. to a consortium of Wall Street investors in the health-care industry’s biggest leveraged buyout. The threat of subjecting billions in proceeds to additional capital gains taxes motivated the clan to get it done before the end of 2021, when higher rates could take effect, the people said.

Such maneuvers are suddenly in the works throughout the opaque world of private U.S. corporations, as founders and their offspring discreetly consult tax experts and bankers with a pointed question: How much might they save by selling quickly?

Suddenly, in just a matter of a few months, the vast dealmaking machinery that caters to wealthy entrepreneurs has started buzzing with a level of activity that some industry veterans say they haven’t seen before, potentially setting up a cascade of sales for later this year. A combination of high valuations on companies and potentially higher taxes in the future is proving to be a potent motivator.

A spokesperson for the Mills family didn’t respond to messages seeking comment on the role taxes played in the deal -- a motive that hasn’t been reported before. Earlier this month, the Chicago Tribune quoted Medline President Andy Mills as saying the goal of the sale was to strengthen the business while unlocking cash for family members whose net worth was tied up in it. About 20 to 30 of them will benefit.

The family may be worth about $30 billion, according to the Bloomberg Billionaires Index.

Many scenes are playing out far beyond Wall Street’s gilded towers: In an old, brick roofing-supply building in Birmingham, Alabama, executives atop boutique M&A firm Founders Advisors are settling into a freshly expanded office space and completing a hasty hiring spree to increase staffing 50%. They’re signing up millionaire owners of companies, eager to start the process of selling at least part of what they built.

“For as long as we’ve been in business, it’s the most vibrant” market yet, Chief Executive officer Duane Donner said. More than half of his clients hail from nearby states and Texas, where the firm has two outposts. “We’ve got more engagements than we’ve ever had.” The No. 1 reason, he said: “taxes.”

In the Midwest, the co-founder of an online marketing company is giving up his dream of stepping into a less active role and letting the business keep growing in coming years under the next generation. Now, selling just makes more financial sense, he said, speaking on the condition his company not be identified. He and his partners are in the midst of setting up their exit.

Founders aren’t the only owners facing pressures. In Manhattan, Boston and other hubs of the private equity world, senior managers are talking with companies in their portfolios about potentially reducing or selling stakes this year to lower tax liabilities and maximize returns, executives and their advisers said in interviews. They’re also looking for opportunities to buy companies that might come up for sale because of tax changes. Company owners would be smart to get out now, one private equity executive noted, because by this fall in the U.S. there will be too many sellers crowding into the market.

“It’s clear from a seller’s perspective -- whether family-owned or private equity sponsor-owned -- that there is increasing debate,” said Rick Landgarten, the global head of health-care and real estate advisory teams at Barclays Plc, said in an interview. They’re asking “‘Can I get done this year? Because I expect sometime later this year or early next year for there to be tax-rate increases.’”

The irony is that Democrats haven’t even coalesced around a plan yet.

President Joe Biden has proposed raising the capital-gains tax rate to 39.6% from 20% for those earning $1 million. But any such measure almost certainly faces months of negotiation before it could be passed. More than 20 House Democrats from high-tax states have threatened to reject Biden’s tax plans unless they also address the so-called SALT cap imposed under President Donald Trump. And recently, a new debate has broken out among Democrats over whether to also seek an even more controversial wealth tax.

QuickTake: How Capital Gains Are Taxed and What Biden Would Do

Meanwhile, company owners are eager for certainty -- pressing tax experts, bankers and even their congressional representatives to specify how much higher tax bills will jump if they wait to sell in the future. Many are concerned that Democrats might thwart such an escape anyway, by making any capital gains tax hike retroactive. Biden’s proposal assumes the increase would be retroactive to late April, when it was proposed. But it’s unclear whether Congress would approve such a measure.

Read more on the debate: Yellen tells Senate tax hike could be dated to April

“Frankly, just the volatility of the tax discussion -- what will pass, when will it pass, whether it will be retroactive -- is making it hard to drive the boat when you are not entirely sure what each of these entrepreneurs should do and how they should plan,” Brad Bernstein, managing partner at private equity firm FTV Capital, which specializes in working with founders of fintech businesses.

Some are floating alternative tax strategies.

Private equity funds could, for example, decide to take portfolio companies public and then have the general partners collect their performance fee, known as the carry, in shares, said Bernstein. That would put off capital gains and income taxes until they sell their stock.

Another approach for company owners is to trigger a tax bill this year, such as by moving abroad and renouncing U.S. citizenship or engaging in other transfers that constitute a deemed sale, said David Lesperance, an international tax and immigration adviser at Lesperance & Associates. The idea is to pay taxes before rates rise, giving owners more time to arrange a sale with optimal terms.

To be sure, there are many factors contributing to talk of deals. The stock market is near an all-time high, burnishing valuations of private companies. Buyout firms are loaded with dry powder for takeovers after the pandemic. Blank-check firms known as SPACs, which flooded into the stock market in the past year, are under pressure to find desirable takeover targets. Low interest rates also make it easier for companies to finance strategic acquisitions. And investor interest in IPOs remains robust, behooving private equity firms to unload holdings before it softens.

About 65% of the private equity executives surveyed by EY in February and March expect changes in tax policy to have an impact on the timing of their exits.

“We’ve seen a strong resurgence in exit activity overall,” Pete Witte, EY global private equity lead analyst, said in an interview. “As we go into the balance of the year, the tax piece will be particularly important here as well.”