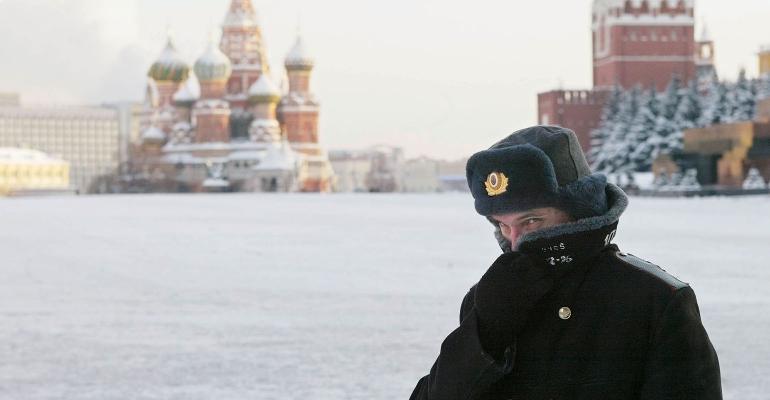 U.S. wealth management professionals need to take them into account.

Russia’s Currency Control Law significantly restricts the ability of Russian nationals who are considered “residents” to use foreign currency in their domestic and international commercial transactions.

Because non-observance of these restrictions could result in the imposition of severe monetary penalties of up to 75 percent to 100 percent of the total amount of the unauthorized transaction, or even result in criminal proceedings, U.S. wealth management professionals need to take them into account to avoid possible negative consequences for their Russian clients.

To illustrate the practical consequences resulting from such interpretation of “resident” for Russian citizens permanently living abroad, consider a U.S./Russian national living in California who flies his private jet to the Winter Olympic Games in Sochi to watch ice hockey, stays there for one week and returns to the United States. As this individual spent less than 183 calendar days within 12 consecutive months in his native country, he won’t be considered a Russian “tax resident” within the meaning of the Tax Code. Thus, assuming that shortly after returning from Sochi, he decides to sell his jet to buy a bigger one, despite this trip, the proceeds of this sale won’t be subject to Russian taxation.

However, because of his trip to Sochi, during the next 12 months, this ice hockey fan will be considered a Russian “resident” within the meaning of the CCL. Although this individual doesn’t need to pay any Russian taxes with respect to the proceeds from this sale, the subsequent use of these proceeds will be subject to the currency control rules and sanctions will apply for the non-observance. From this perspective, the verification of resident status under the CCL becomes an indispensable element of any wealth management advice involving Russian nationals.

The most common scenario involving a Russian client in the United States is the opening of a bank account. Most clients considered Russian “residents” within the meaning of the CCL may freely open such accounts in a foreign currency or in Russian rubles. Following the opening of the account, its holder must report it to the tax authorities in the Russian Federation, as well as notify them in case of a change of its requisites or its closing within one month. In addition, the account holder must inform the same tax authorities about movement of assets in this account on an annual basis.

Once a U.S. account is opened and properly reported to the Russian tax authorities, a Russian client may freely transfer to this account money from his accounts in domestic banks and in other foreign banks. Moreover, this client may freely use money in this account for his acquisitions outside the Russian Federation. At the same time, the CCL will allow the use of the account to receive payments from other individuals in a limited number of cases specifically listed in the law. In all other cases, the incoming payments could only be credited to the resident’s account in the “authorized bank,” meaning a bank in Russia authorized by the Central Bank to carry out currency operations.

Because the sale of aircrafts, yachts and real estate currently don’t appear on the list of cases when the proceeds can be directly credited to a foreign account, assuming that our ice hockey fan received the money from the sale of his private jet directly to his U.S. bank account within a year after his return from Sochi, he committed a violation of Russian law. The same violation would be committed by a Russian millionaire living in Monaco, but visiting his native country from time to time for business reasons, if he decided to sell his New York apartment and receive the proceeds from this sale in his account in Monaco or Cyprus.

Suppose the same Russian client also purchased U.S. Treasury bonds, shares of a company listed on the New York Stock Exchange and the majority of shares in a closely held U.S. corporation. He may freely receive interests and dividends from these securities to his U.S. bank account. He may also receive to the same account income generated by assets and securities that he previously transferred into a trust with a manager who isn’t a “resident” within the meaning of the CCL. On the other hand, if he decides to sell his U.S. securities, unless they’re listed on the NYSE, Nasdaq or another foreign stock exchange included in the list of the Federal Service for Financial Markets, he’ll have to transfer the proceeds from any sale to his account in Russia. Finally, because the liquidation of “controlled foreign companies” isn’t included in the list of cases in which a foreign account could be used, proceeds from the liquidation of  a U.S. corporation that he controls must also be transferred to his Russian bank account.

The very technical nature of the CCL, which contains repeated internal cross references, as well as references to other federal laws and regulations, requires U.S. wealth management professionals to conduct a diligent review of each scenario involving their Russian clients. Verifying that any proposed activities are in compliance with this law is a mandatory part of any meaningful wealth management advice an advisor may provide to Russian clients.

This is an adapted version of the author's original article from the November issue of Trusts & Estates.