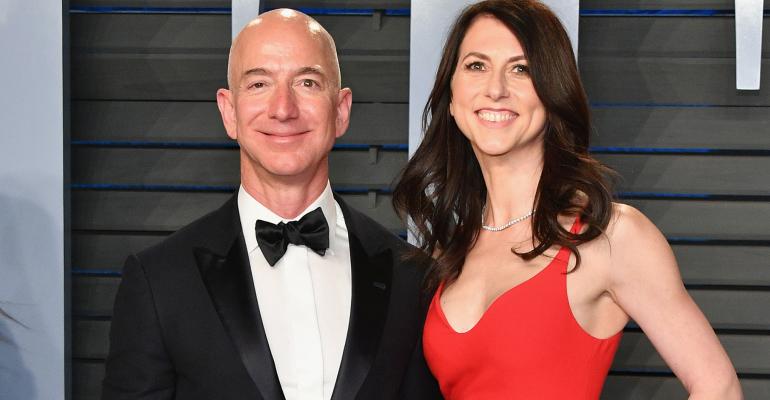 How important are prenups anyway?

Amazon’s Jeff Bezos and his wife of 25 years, MacKenzie, announced their divorce via Twitter on Wednesday. It’s kind of a big deal.

“He’s the richest guy in the world,” notes attorney Ben Hodas, partner at Fisher Potter Hodas, “so we can safely say there’s no other divorce like this one.”

On Thursday, reports emerged from the ever-reliable TMZ that the couple did not have a prenuptial agreement in place. Maybe the biggest divorce ever and no prenup? What a disaster, right? Maybe not.

“Sometimes the more money there is, the less there is to fight about,” explains Hodas. “The [Bezos divorce] is an anomaly. It’s a once-in-a lifetime divorce. He’s the richest man on the planet, and we all know what their net worth comprises because of public disclosures. Both sides will get so much money that it will likely end up a case of ‘just give me my money and get out of here.’”

However, that the lack of a prenup in the Bezos case may not be disastrous doesn’t mean the document is any less essential, particularly for high-net-worth clients.

According to Hodas, “When you have a high-net-worth individual who's contemplating marriage, [a prenup] is probably the most important and critical document that that person should consider.”

Michelle Brownstein, Vice President of Private Client Services at Personal Capital, agrees. “It can provide for a stronger marriage to have an agreement in place so that there’s an understanding of who owns what assets and what debts, who’s responsible for handling them, and what’s expected of each partner. It takes those question marks out of the heads of the parties.”

Though clients excited about the prospect of getting married are often loath to throw a wet blanket on things by discussing a prenup, Brownstein stresses the need to be pragmatic and notes that the process of putting together a prenup is one that can be very beneficial. “Couples don’t like to talk about prenups because it feels unromantic. But, in any long-term partnership, there’s the romantic and emotional side, but there’s also a business side that often doesn’t get spoken about enough when you may be wrapped up in wedding planning and other emotionally exciting things.”

And for Brownstein, the conversations that necessarily occur in the process of drafting a prenup are absolutely invaluable. “One of the biggest issues you’ll see is couples shying away from talking about money. Money is one of the leading causes of divorce, so if you don’t get on the same page about not only who gets what but also your shared individual financial goals and what you’re trying to do with your assets, that can become a big cause of stress in a marriage.” She continues, “The most important point; the key part in all of this is having the discussion and eliminating that gray area of ‘I assumed this, but we never really talked about it.’”

Of note, both Hodas and Brownstein agree that the process of negotiating a prenup is often somewhat easier for high-net-worth couples than those with fewer assets.

Brownstein explains, “With high-net-worth divorces, the numbers tend to be bigger, but that means there’s often more flexibility on both sides. They each tend to have a lot more options than two individuals who come into a marriage with less.”

Ultimately, she says, “No one goes into a marriage thinking they’ll get divorced, but the reality is that most marriages end in divorce, so you want to make sure you’re being realistic in your planning. A prenup can remove a lot of the gray area that can come with money.”