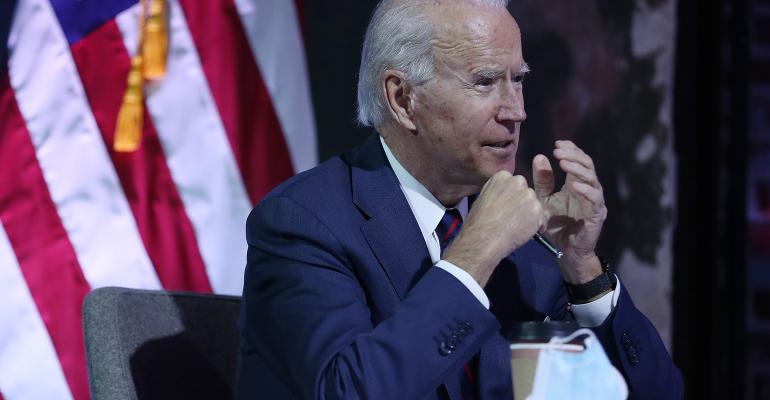 Joe Biden Has a Hard Road Ahead

Remember early this year when we all thought President Trump’s impeachment was going to be the driving issue of the campaign season?

Remember early this year when we all thought President Trump’s impeachment was going to be the driving issue of the campaign season? How quaint that all seems now, what with the last seven months giving rise to a global pandemic, shuttering of businesses and protests in the streets over injustices. Truly an extraordinary year we’ll all soon forget.

Here’s where we are today: Still reeling and still uncertain about the election.

As we wait for states to certify the results that are expected to easily result in a Biden administration beginning next year, we’ve taken stock of the down-ballot election outcomes and determined some clear winners and losers. And some just may surprise you.

Defying most pundits and almost all polls, Senate Republicans were able to hang on to 50 seats in the upper chamber, with two to be decided in runoff races in January. We predict both seats will go to incumbent Republicans, handing Mitch McConnell the all-important Senate gavel. Here’s the backstory: Conventional wisdom (and history) said if Joe Biden won the White House, Democrats would easily take control of the Senate as well. A newly elected Democratic President hasn’t had a Republican-led Senate since Grover Cleveland was elected in 1884. But if we’ve learned anything this year, it’s that 2020 defies conventional wisdom.

Here's how we see the Republican incumbents winning Georgia. Senator Kelly Loeffler (R-GA) was essentially in a three-way race with another Republican (Rep. Doug Collins) and a Democrat.  That means the Republican vote was split. If Loeffler picks up all the Republican votes, she wins handily. McConnell then secures control of the Senate for his party.

But even if that doesn’t happen, McConnell has another chance. The other incumbent Senator, David Perdue, was also essentially in a three-way race with a Libertarian candidate and a Democrat, Jon Ossoff.  If Perdue picks up the Libertarian votes, he wins, and McConnell either secures control or increases his margin. It’s worth mentioning that, as of this writing, the Vegas bookies agree with us too.

What does this all mean? Well, Republican senators will be able to thwart most Democratic legislative efforts coming from the House, and they’ll have more influence in who President-Elect Biden will nominate to cabinet positions and the other 1,200 political appointments of Biden’s that the Senate confirms. However, we’re not predicting total gridlock. Leader McConnell and President-Elect Biden have served in the Senate together for a very long time and spent countless midnight hours negotiating on legislation while Biden was Vice President. So, while gridlock on partisan legislation will occur, compromise on important legislation is more likely.

Pre-election polling also suggested that Speaker Nancy Pelosi (D-CA) would see a blue wave in the House, but the opposite transpired. Now, not only will that slimmer majority make it harder to get the necessary votes on partisan legislation, but it appears it’s already begun to divide the caucus between moderate members and progressive members. As recent as last week, progressive members were suggesting they’re to credit for Joe Biden’s win, while moderate Democrats are suggesting the progressive members took the party too far left in their policies and rhetoric and caused the party to lose more seats than expected. The final numbers aren’t officially in, but we expect Speaker Pelosi will enter the 117th Congress with a more divided conference than she’s ever seen as speaker. And while behind closed doors there are some who are calling for her to step aside as Speaker, most are willing to let her finish out her last two years (her choice) rather than air their dirty laundry in an epic battle they’re unsure of winning.

Democrats’ top priorities were defeating President Trump and growing their majority on Capitol Hill, but many had also been gunning for control of state legislatures with redistricting in mind.

Every 10 years state lawmakers redraw congressional districts based on the results of the census. You may recall that after Republicans swept state houses in 2010, they redrew those lines in 2011 to favor their party. This year was the year for Democrats to take back those state houses and redraw those lines to their advantage in 2021. Despite a multi-year effort by former Obama AG Eric Holder, and tens of millions of dollars, Republicans will once again have the pen. Democrats failed to pick up a single new chamber or governorship while Republicans expanded their numbers in statehouses from Montana to New Hampshire to Florida, in large part thanks to President Trump’s GOTV (get out the vote) machine.

In Senate races, Democrats outspent Republicans across the board, yet the party failed to turn that money advantage into as many wins as they hoped and everyone else expected. Added together, Democratic candidates and outside groups spent over $1 billion on Senate races and still aren’t positioned to flip control of the chamber (see above). Donors’ final shot will be the runoff races in Georgia in January, where a record-setting amount of money is sure to be spent. And Democratic donors got no return on their investments at the state level either (see above). Money isn’t talking right now in elections. Surprising? You betcha.