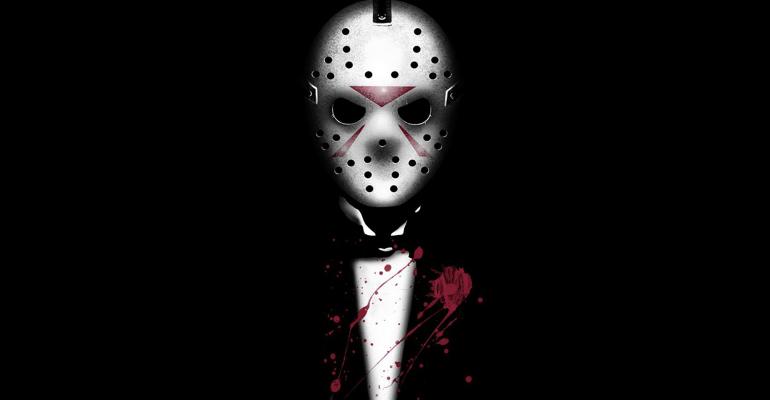 It Pays to Be Ruthless When Killing GRATs

Pulling the plug early on an underwater grantor-retained annuity trust can help turn failure into success.

If a two-year grantor-retained annuity trust (GRAT) is to be successful at transferring wealth to its remainder beneficiaries, it must achieve significant positive returns in its first year; otherwise, its chances of success are staggeringly improbable.

Indeed, in the past decade, most GRATs likely transferred significant amounts of wealth, considering that the U.S. stock market has seen positive returns in nine out of the past 10 years, averaging an annualized 10.7 percent return over that period. That steep and steady growth in U.S. equities, coupled with a period of ultralow interest rates, has been a boon for clients with GRATs. However, perfect GRAT conditions can’t continue indefinitely, and it stands to reason that they’ll be more challenged moving forward. Threatening conditions can take the form of rising interest rates, as we’re beginning to see now, or increasing downside volatility, which is significant for GRATs, where success or failure is quite often a by-product of timing. While we don’t pretend to know how to time the equity markets, we do know when you should pull the plug on your GRAT.

The grantor of an underwater GRAT (that is, a GRAT that’s flat or negative compared with its funding value) has two choices. She can either let it ride in the hopes that its underlying assets appreciate rapidly enough in the time remaining to make it successful, or she can cut her losses before the first annuity date and attempt to capture any subsequent appreciation on those assets in a new GRAT (by exercising her swap power or using a note).

Which choice a grantor makes will depend on her assumptions about the underlying asset’s appreciation potential relative to the magnitude of the decline of the GRAT’s underlying assets. If a grantor knew with any certainty that her GRAT would fail, she could take steps to accelerate and minimize that failure before the first annuity payment by creating a new GRAT with the old GRAT’s assets (after a swap or sale). But when does certainty arise?

Using quantitative analysis, we’ll show that the grantor’s choice is almost always clear: If her two-year GRAT1 is funded with marketable securities and is underwater at all prior to the first annuity date, she should cut her losses and start a new GRAT. That is, no matter the Internal Revenue Code Section 7520 rate, even if her GRAT is underwater by just 2 percent prior to the first annuity date, her GRAT will almost certainly fail, and even in the unlikely event that it doesn’t fail, re-GRATing yields superior results in nearly all instances.

The Mathematics of Failure

If a GRAT closes out its first year underwater, the chances of the GRAT successfully transferring any wealth to the remainder beneficiaries become statistically improbable. To understand why a GRAT, once underwater, has a difficult time achieving success, consider first some basic mathematics of percentages. Suppose a stock worth $100 per share declines 20 percent to $80 per share. To make it back to $100, the value of the stock must appreciate not by the 20 percent it lost (that would leave just $96) but by 25 percent. More substantial returns are required to recoup losses. A GRAT exacerbates this principle because approximately half of the GRAT’s assets are distributed at the one-year mark, leaving a much smaller pool of assets to recoup any losses. For example, suppose a $100 stock drops 20 percent to $80 and then half of the position is sold. A 50 percent return is then required on your client’s remaining $40 to recoup her initial investment.

Rising interest rates add weight to the sinking ship. Because a higher Section 7520 rate means larger annuity payouts, the principal remaining to generate a larger return in year two is smaller, meaning the returns in year two must be even greater to compensate for poor performance in year one. That is, as interest rates rise, the likelihood of a successful GRAT after year one losses becomes increasingly and vanishingly small.

Notably, as interest rates rise, even small but positive year one returns that are less than the Section 7520 rate require increasingly substantial year two returns. For example, when the Section 7520 rate is 5.8 percent, a positive return of 2 percent in year one requires above-average market returns in year two just to break even. The return necessary to create a successful wealth transfer of just 5 percent is a staggering 23 percent. Historically, the likelihood of that return is about 15 percent, a surprisingly low probability given the positive return in year one in this instance.

When presented with a decline in value of her GRAT’s investments in year one, we posited two choices: (1) let it ride and hope for a successful outcome, or (2) freeze the GRAT and use the assets to capture any upside potential in a new GRAT. The year one shows that in fact there is only one rational choice, because any hope for a successful outcome is sobered by the significantly low probabilities of those outcomes. Indeed, embedded in the hope for a successful outcome in the former option is a belief that the assets will perform significantly better in their final year. Thus, if your client believes the assets have appreciation potential, and if she’s retained a swap power, she can simply reacquire the assets by substituting cash or other assets of equivalent value and transfer the assets to a new GRAT to capture any potential appreciation. Alternatively, the trustee could sell the assets at their fair market value for cash or a promissory note, and the grantor could use those assets to fund a new GRAT.

Practitioners have an opportunity here. Rather than shrugging off small declines in the value of their clients’ GRATs and counseling them to let the GRATs ride and hope for a large enough upswing in the market to produce a successful wealth transfer, practitioners can help their clients turn inevitable failure into great success. Even very small downturns (and even small positive returns!) generally require massive, outsize upswings just to break even, let alone produce a successful wealth transfer. Once the first annuity payment is made after a very small decline, historically speaking, a statistical anomaly is required to produce a successful outcome. And, even if that successful outcome is achieved, it will always make sense to achieve that outcome in a new GRAT. Practitioners should routinely monitor investment performance of GRATs just prior to the first annuity date, and if the performance is down at all, or even flat, the assets (especially if they are publicly traded equities) should be frozen or sold and re-GRATed.

This is an adapted version of the authors' original article (which includes far more math and illustrative charts) in the December 2018 issue of Trusts & Estates.