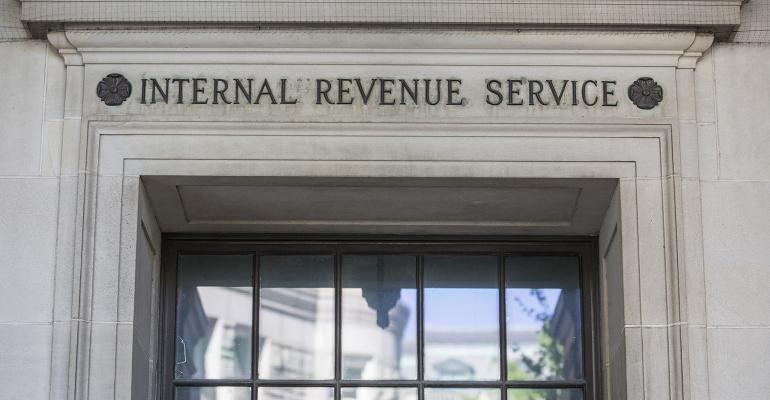 Low-income taxpayers are far more likely to be targeted.

The Internal Revenue Service dropped the ball on auditing millionaires, according to a new report published by Syracuse University’s Transactional Records Access Clearinghouse. Despite calls by Democrats to ramp up scrutiny of high-net-worth individuals’ tax returns and wealthy tax evaders and a legislative push for increased funding for the agency, the likelihood of a millionaire being audited in 2022 was just 1.1%.

Instead, data shows that low-income earners were more than five times more likely to be targeted by the IRS in 2022. TRAC, a nonpartisan data gathering and distribution organization, was able to obtain the information under a court order through a Freedom of Information Act request. The report was spurred by the release of former President Donald Trump’s tax returns and tax information, which indicate that only one mandatory audit of his returns was initiated during his administration but wasn’t finished.

Related: Will a Request for an Estate/Gift Tax Transcript Trigger an Audit?

Steady Drop in Audits Over the Years

Overall, budget cutbacks over the years have resulted in fewer examinations of millionaire returns. In 2012, the IRS audited 40,965 returns of millionaires. That number dropped to only 7,108 millionaire audits in 2020. During fiscal year 2022, the IRS was left with only some 1,400 staff-years of revenue agent time to apply to the 165 million income tax 1040 returns that were filed because of the cutbacks. Even though the IRS dedicated a quarter of these hours to auditing millionaires, barely one out of every 100 millionaires was audited.

Related: How to Avoid an IRS Audit

The slight uptick in millionaire audits during the past two years is misleading, according to the report, because the numbers “reflect an increasing reliance on the fiction of auditing a millionaire through simply sending a letter through the mail.” Face-to-face audits, which are more thorough, remained at record-low levels.

The report calls for more transparency in how the IRS decides which taxpayers to audit, which remains a mystery. Former IRS Commissioner Charles P. Rettig has previously dismissed concerns that new increased funding will result in increased auditing of low-income earners, stating that audits on taxpayers making less than $400,000 a year wouldn’t increase.