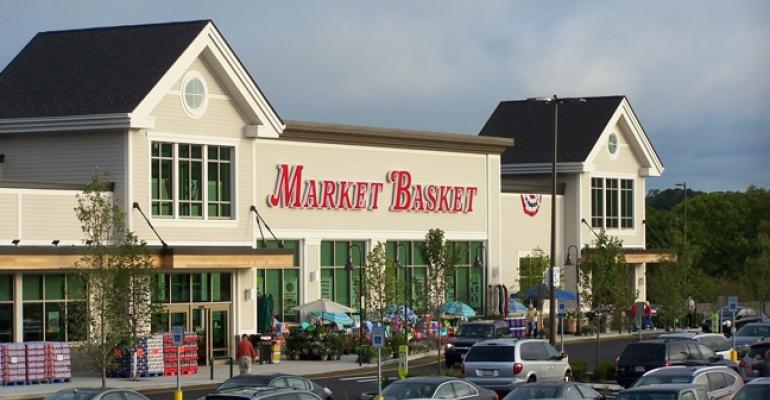 How to Write a Greek Tragedy

The Backstory of the Market Basket Saga

The crisis which unfolded this summer involving the Demoulas Market Basket grocery store chain can be viewed as simply a dispute between employer and employees, or “associates” as they preferred to be called. Alternatively, many current accounts are portraying it as a story of a benevolent leader and a greedy corporation. Yet the real roots of the issue are much deeper, much older and all about the complexities involved in a family business and unfortunate events over forty years earlier. A billion dollar empire, built on the deep loyalty of the people, is embroiled in a massive, public dispute because of a simple lack of foresight and a lot of pride—a story worthy of Sophocles.

Setting the stage—In 1917, Athanasios and Esfraine Demoulas, newly emigrated from Greece, opened a neighborhood food store in Lowell, MA. In 1954, they sold the business to their sons, George and Telemachus. George and Telemachus worked diligently to build a significant regional presence in the grocery industry. They created an operating entity with 300 voting shares held by each brother and 200 non-voting shares held by each spouse. They bought land, built locations, and leased the buildings back to their company operating the stores.

The play begins—June 27, 1971: George dies unexpectedly while vacationing in Greece with his family. Telemachus is the trustee for George’s estate, which now holds George’s 300 voting shares. There’s no provision in the operating agreement for adding another voting member to the operating entity. Telemachus now has 100 percent voting control. He continues to make effective choices to grow the company, adding new locations, services and markets. The real estate entities designed to buy the land and lease the locations to the operating company are now 100 percent owned by Telemachus and his immediate family. The new services, such as pharmacies in the store locations, are also owned by Telemachus and his family. Soon the entities owned by Telemachus and family are larger than the grocery operating entity, and the former simply absorbs the latter, diluting any shares owned by George’s descendants.

The action escalates–April 30, 1990: George’s son, Arthur S., files a civil complaint against Telemachus for diverting assets from George’s family’s estate. Telemachus loses a protracted legal battle and is forced to pay $206 million and yield 50.5 percent of the shares in the entire interest to George’s descendants. Then it gets really messy.

George’s other son, Evan, dies and 4 percent voting interest passes to his wife, Rafaela. In 2008, she breaks the direct familial loyalty lines and votes in favor of Telemachus’ son, Arthur T., as the new president. Arthur T. makes a number of dramatic moves over the next 5 years, including investing the entire $46 million profit-sharing plan into Fannie Mae and Freddie Mac preferred shares, which are wiped out in 2009. Arthur T. loses a court case and must pay back the $46 million. He also provides generous pay and benefits for employees, including pay for cashiers averaging over $40K annually and bonuses of up to 8 weeks of pay per year. These generous benefits come at the expense of shareholder profits. Despite being lauded by employees, in June of 2013, Rafaela switches allegiances and votes to support Arthur S.

The climactic scene—June 23, 2014: Arthur T. is fired by the board, which is now under the control of Arthur S. Employees protest, stores are shut-down and the media descends. Arthur T. is portrayed as a benevolent leader of the people, opposed by a greedy corporation. After months of rancorous, and very public, debate, Arthur T. cobbles together an investment group to buy out the opposing family faction for $1.6 billion, including $1.3 billion of debt. The curtain falls as the audience can only wonder about how the company will fare going forward unburdened by old rivalries, but laden with new debts.

As we watch this tragedy unfold, we can explore how it all may have been prevented. This is a drama playing out on a national stage because two brothers didn’t receive proper counsel early in the process. Let’s highlight a few relevant lessons:

Business agreements should anticipate conflict–An operating agreement in a business is not simply to facilitate operational decision-making or equitably split assets, it should clearly spell out what occurs in case of retirement, disagreement or death, particularly when there’s family involved. An agreement should be clear about what happens when the partnership dissolves, for any reason, because they all do eventually. In this case, a clear understanding of what would happen on the death of one partner would have avoided a great deal of conflict.

Families with multi-generational wealth should use professional trustees–Please find a trustee outside of the family that can be trusted to perform the job professionally. The conflicts that arise within a family, even in a perfectly administered trust situation, generate hard feelings and accusations of unfairness. Stories of families paying more in legal fees than the estate was actually worth are not uncommon and most often involve a family member as trustee. Issues surrounding family conflicts completely unrelated to the estate become rallying cries in a misguided crusade. In this case, the courts decided Telemachus had intentionally dis-enfranchised George’s heirs. There can be significant damage to family cohesiveness even if the process is unintentional or no disenfranchisement even occurs. Merely the appearance of impropriety can fatally injure a family.

Transparency early prevents litigation later–If Telemachus had openly stated that all future real estate deals would no longer be joint ventures, he may have avoided significant litigation. The courts found he was deceptive in setting up new entities differently than they had formerly in the normal course of business. He could have offered to buy out George’s heirs at full value, vetted by an outside valuation expert. He could have undertaken any number of actions to change the course of the business and not been subject to litigation. In this case, he operated the business in all aspects as they had prior to George’s death, but never disclosed that his family held sole ownership in parts of the new operation.

Anticipate the future–This is not to suggest we should consult the Oracle at Delphi, rather that we should discuss possible future scenarios with professionals of substantial experience. The planning process for family businesses must be undertaken in a way that clearly anticipates the most likely scenario and a number of scenarios that are slightly better and slightly worse. The planning can’t be built around wishful thinking or hopeful conjecture and definitely should be undertaken with an impartial and experienced professional, sharing examples of similar situations and objective assessments. At what point in this story did you anticipate a negative outcome? We are all far more capable of providing this insight to others, than we are of self-assessment. Get competent outside counsel, and with their input, anticipate the likely future events to be addressed. A simple example in this case: What to do in case of a descendant’s death or divorce? Should the spouse of a direct descendant control interest in the firm? Some will say “yes,” others “no”. The point is not a moral judgment on either choice but that this is an anticipatable event. It’s likely to occur. So, a plan should account for it. This is just one of hundreds of anticipatable events. A plan doesn’t have to be complex to deal with these issues, simply well thought out and complete.

We’ll never anticipate every possible permutation of a family with multi-generational wealth, but with a bit of foresight and planning, we can all leave the tragedies to Sophocles