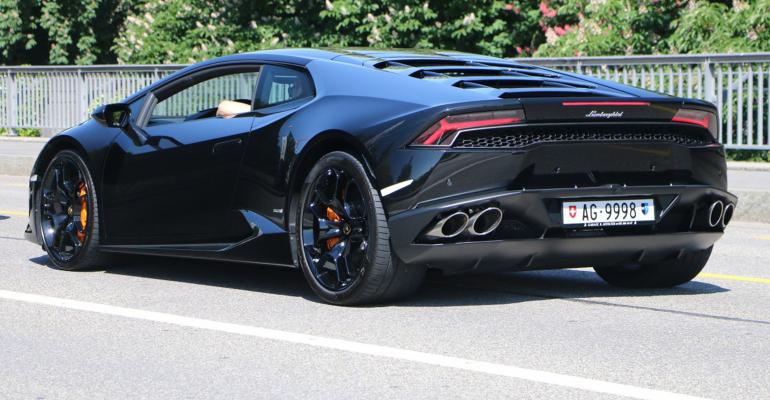 How to Spot the Truly Rich in Switzerland: An Insider's Guide

Forget the bling. Look at the license plate.

(Bloomberg) --Hanging out in Switzerland before you check out watches at Baselworld and overwhelmed by all the affluence and shiny timepieces? Here’s a way to separate the wheat from the chaff: forget the bling and have a look at the license plate.

Switzerland doesn’t allow vanity plates, so special or lucky numbers have an added value and sell for thousands of francs. While Swiss auctions of license plate numbers can’t quite compete with those in the United Arab Emirates -- where the wealthy pay millions of dollars -- they are not far behind.

Just last week an anonymous buyer was willing to fork out 160,100 francs ($160,400) for VS 1, with the letters standing for the Canton of Valais in western Switzerland. Even more common three or four-digit numbers are in high demand.

“It’s a question of prestige,” said Stefan Cardinale, who works at a dealership that sells Ferraris and Maseratis in Zug, a canton known for its wealth and low taxes. “People who invest in flashy wheels want the world to see how awesome they are.”

Buyers of luxury vehicles regularly inquire about low-digit numbers and are willing to pay a lot for them, Cardinale said. His boss Pierre Sudan owns Zug’s No. 1 plate.

The Swiss system of the two letters indicating the canton followed by a number has been in place since 1933 and unlike most other European countries, it’s not the car that is assigned a plate, but a person. As every new car registering to roam Swiss roads just gets the next highest number in line, the ability to pass on license plates to your children has made low-digit numbers synonymous with old money.

“This might add to some people’s attachment to their license plate,” said Peter Kyburz, head of the Zurich traffic office. “It’s also connected to prestige, as the lower the number, the longer a person or his or her family has been able to drive a car.”

Zug is the only canton that lets its citizens trade their plates privately without paying a fee to the authorities. Some smaller cantons with fewer registered cars have fixed prices for attractive numbers whereas most of the country’s 26 cantonal traffic offices host websites regularly auctioning new numbers. In Zurich, the country’s most populous region, the bidding for a four-digit plate starts at 2,000 francs.

“After the two license plates LU 100 were stolen from my son’s car -- despite being more securely bolted-on than required -- we attached our own LU 40 plate even more elaborately,” says Vreni Haeberli, who lives in Aesch in the canton of Lucerne. “We would never sell them, they’re now part of our family heritage.”

Not to forget the publicity factor in the country that hosts one of the world’s biggest watch fairs in Basel March 23-30.

“Having the number 1 on our car is mainly a marketing tool,” says Marcel Kunz, whose taxi company Nova Taxi got lucky when the canton of Bern re-issued the number over 50 years ago. It’s now gracing one of the company’s Tesla X cars and people regularly photograph it. “The long-term publicity effect far exceeds the monetary gains from selling it. Who else can say that not only are they number one, but also own the number 1?”