/sites/all/themes/penton_subtheme_wealthmanagement/images/logos/footer.png
Recent
Recent
SPAC Deal Tests Investors’ Zeal for Single-Family Rentals
May 17, 2022
Eight Must Reads for the CRE Industry Today (May 17, 2022)
May 16, 2022
Investors, End-Users Compete for Last-Mile Warehouses as Rents Skyrocket
May 16, 2022
Dyal Said to Be in Talks for Stake in Real Estate Firm DivcoWest
May 16, 2022
Featured
The 10 Best and 10 Worst States in Which to Retire in 2021
Jul 15, 2021
Poll: 15 Classic Books on Investing and the Markets
Apr 03, 2020
Fifteen Must-Listen Business Podcasts for Advisors
Aug 14, 2020
Celebrity Estates: Jay Leno and Planning for Classic Car Collections
Feb 22, 2022
Trump Tax Reform
brought to you by 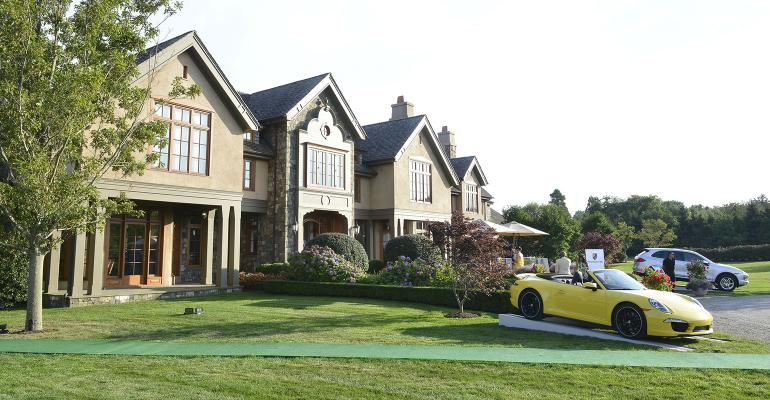 Hamptons Homebuyers Already Figured Out How to Game the Tax Plan

Get ready for more rentals out East.

By Rob Urban and Prashant Gopal

(Bloomberg) --Out in the Hamptons, Wall Street’s favored beach resort on Long Island, brokers and buyers already have a workaround for a tax-plan provision under consideration in Congress that would take away the mortgage-interest deduction for second homes.

A client of Brown Harris Stevens broker Jessica von Hagn who works at a hedge fund decided to turn the vacation home he’s buying into an investment property by setting up a limited liability company. That will allow him to deduct the interest and earn rental income at the height of the season from the modern home on Bridgehampton’s Lumber Lane, with four bedrooms, three baths and a swimming pool on an acre of land.

For the buyer: problem solved. For the  Hamptons market: more high-end vacation properties getting listed as rentals, more competition and, most likely, falling rents.

“If you aren’t able to take advantage of the mortgage deduction for your second home, you’ll see more people putting their homes on the market and the inventory will grow,” von Hagn said. “There’s only a certain number of renters every season and we just keep adding more and more inventory.”

In second-home markets across the U.S., from Cape Cod in Massachusetts to Lake Tahoe, California, brokers are bracing for a hit. A House version of the tax plan, passed by the Ways and Means Committee on Thursday, cuts the mortgage-interest deduction on second homes, and on home-equity loans, which buyers sometimes take out on their primary residence to pay for a vacation property. The Senate’s plan, details of which were released late Thursday, also does away with the home-equity deduction, but preserves the break for second-home mortgages.

Should the final bill eliminate the tax deduction for vacation properties, the workaround -- acquiring the home as an investment property -- changes the nature of the purchase for buyers, turning their vacation home into a business. Second-home buyers typically purchase properties within 200 miles of their primary residence, and 72 percent of them finance the purchase, according to the National Association of Realtors.

If markets are flooded with properties for lease, rents will fall and so will values for those homes, she said.

The main focus of the tax debate on real estate has so far centered on mortgage-interest deductions for primary residences. The Senate version of the plan would preserve the existing write-off for up to $1 million of debt, while the House would reduce it for new purchases to $500,000 of debt.

Even before any change is passed by Congress, the possibility that the second-home mortgage deduction will be gone is already changing the calculus for some buyers, said Timothy Bailey, a broker with John C. Ricotta & Associates Inc. in the affluent Cape Cod town of Chatham.

Bailey said an agent told him that one of her deals, for a $1.5 million vacation property, fell apart over the tax plan.

“My whole living relies on selling second homes,” Bailey said. “Because it’s a discretionary purchase, if they lose that deduction, it might be more attractive to rent.”

The biggest impact will be felt at the lower end, for homes costing less than $2 million, according to brokers. At higher price points, buyers may pay cash or opt to take advantage of other tax benefits, such as buying the homes as investment properties, writing off upkeep and interest, and using them part of the year for themselves.

In Aspen, Colorado, as much as 70 percent of second homes are purchased with cash, so the interest deduction is irrelevant, said Tim Estin, a broker with Aspen Snowmass Sotheby’s International Realty.

“Our market relies on the winds of the ultra-rich, who will be getting a reputed tax break anyway that should more than make up for the loss of the mortgage deduction,” said Estin, who writes the Estin Report on the Aspen market. “For the rich, a mortgage is more a source of cheap funds -- bankers line up to loan them real estate money in the hopes of relationship-building -- and the deduction aspect is almost ancillary.”

That raises a fundamental question for Anthony Sanders, a libertarian economics professor at George Mason University in Fairfax, Virginia.

“Is that really something we should be subsidizing -- vacation homes?” Sanders said. “If people can afford to buy a vacation home, they can afford not to have a deduction.”

But the lives of many middle-class Americans are made better because they have affordable vacation retreats, said Lawrence Yun, chief economist for the National Association of Realtors.

“Clearly, even though it’s discretionary spending, it’s not only on the upper end,” Yun said. For example, “there are many cabins in Michigan, and these are for middle-class families to go hunting or fishing.”

Yun said the plan also would have an economic impact on affordable second-home markets such as Murphy, a town in North Carolina’s Great Smoky Mountains, where local businesses depend on part-time residents.

Whatever happens with the tax plan, the Bridgehampton buyer isn’t worried. He’s paying more than $2 million for his 3,400-square-foot vacation home, and though he’ll end up spending less time there than he had originally hoped, he figures the rent he’ll earn will more than cover his property taxes and help pay the mortgage.

And he’ll still be able to enjoy the two-story charcoal-colored house, the landscaped yard and heated, granite pool with inlaid spa and waterfall -- for at least part of the season.