2. The Plan is too Long and Complicated
GibsonPictures/iStock/Getty Images Plus

Quite often, well-intentioned advisers will develop very sophisticated succession plans that may indeed save on taxes or provide great creditor protection. The problem occurs, however, when the plan becomes too complicated or takes too long to be implemented.

Family politics, and bureaucratic governance lead to documents that take too long to develop, are too complex for most people to understand, and end up gathering dust on a shelf.

3. Too Much, or Too Little, Advice
tomazl/iStock/Getty Images Plus

Every business has advisors: lawyers, CPAs, bankers and other specialists. They offer sincere counsel on how and why your business should go through its succession plan. Problems arise when the advice of one professional conflicts with the advice of another or is inconsistent with what the management, usually the founder, wants to hear. In these situations, people become frustrated and cope by asking for less advice, or if they are given advice, just ignoring the recommendations.

4. No Defined Process
Ivan-balvan/iStock/Getty Images Plus

A common mistake is thinking the succession planning process is a single event; that creating an estate plan is equivalent to creating a succession plan. It is not.  It is an ongoing process that is flexible and adaptable to changing internal and external events.

Being able to adapt to unexpected future events is the role of leadership, but also requires initiative on the part of the organization and middle management.  To be able to quickly intervene, short-circuiting the “chain of command,” if necessary, requires a level of trust.  Leaders needs to recognize the role of trust and collaboration, within all levels of both the business and all generations of the family for the business to be resilient.

6. Fear of Commitment
mediaphotos/iStock/Getty Images Plus

Failure to begin a succession plan usually is grounded in the feeling that the management can’t dedicate the time necessary to the planning process. Family management fears the rest of the business will suffer if the necessary time is spent on planning. The result is that the urgent and non-urgent matters of day-to-day management crowds out more important issues that can determine the long-term success of the business.

7. Too Much Looking Backwards
stock_colors/iStock/Getty Images Plus

Often, family business management looks in the rearview mirror to understand what the company needs for the road ahead, especially in the second generation. Since the second generation gained their management position in part based on their relationship to the founder, they in turn promote third generation family members into management as well, regardless of their skills or experience. Conversely, some skilled and experienced members of the family may be denied an opportunity due to a prior bias about gender, working inside or outside the firm or some failure in the past. As each generation steps into new roles, or even the same role, that the second generation held, they are entering a different company and that role carries different responsibilities. Performance and future potential are distinct and independent.  The bottom line is that past performance is no longer a reliable indicator of future success, and past success is not a reliable indicator of future performance.

When considering the perspective of the current generation of ownership, it is important to remember that they are working to earn enough money to maintain their current lifestyle. As a result, the plans tend to reflect the individual needs of the current generation rather than the needs to sustain the life and health of the family business. What does this mean? It means that all business succession plans that are in place must be commercially viable.

9. Fear of the Unknown
francescoch/iStock/Getty Images

The succession process can evoke strong emotions. Family management often defined themselves in terms of their position in the business, which may be something they have worked for and held their whole life.  Succession necessarily means giving up ownership, control or both of the business, often a step into the unknown.  Because the consequences of succession planning are seen as giving up who you are, and the benefits of doing so are not readily seen, your instinct to move the succession to the bottom of your to-do list.

10. Lack of Communication
SIphotography/iStock/Getty Images Plus

Communication is key to developing a successful family business succession plan. Often, communication within the family can be strained as different parties seek to shape the future of the family business. Parents can be too-control oriented and prone to playing the “money card” in an effort to bring their children in line with their ideas. Conversely, children can often be resistant to the advice and experience of their parents and their older generations.   As part of the planning process, communication issues need to be resolved to ensure the success of the development process.

Making sure the family business succession plan is structured in a way that the individual family member’s future role in the business is every bit as important as making the plan itself. While not all members of the family can be included in the succession plan, it is important for the family to know what to expect and to be available to explain your decisions. If you do not take the time to prepare them by explaining the “whys” of your plan while you are here, the unanswered questions can lead to real resentment and damaged relationships among family members in the future.

Rivalry has the power to decimate even the strongest family business succession plans as it often does not come to light until after the parents have died, leaving the siblings, in the second generation, and the cousins, in the third generation, in charge. Problems between family members can be where one, or more, of the family is involved in the family business and one, or more, is not. It is of the utmost importance that any issues between the inside and the outside family members be resolved at the beginning of the succession planning process by creating and agreeing on a common goal. It is also important to remember that decisions made with the business can impact how other family assets. Dealing with these rivalries early-on will help ensure that the succession plan in place will remain intact and the family business will remain viable.

Many family business owners want to keep the family involved in the business. Limiting the potential management candidates to family members creates an artificially shallow talent pool. Famed investor Warren Buffet once compared family succession to “choosing the 2020 Olympic team by picking the eldest son of the gold-medal winner in the 2000 Olympics.” 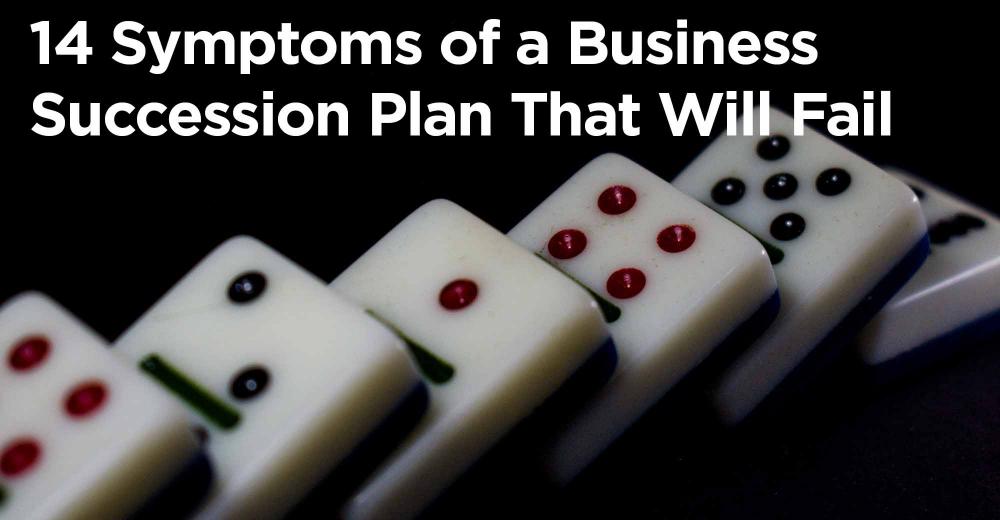 Next Up
The Top HNW Story of 2021: Possible Tax Changes Coming for HNW Investors
Start Slideshow ›