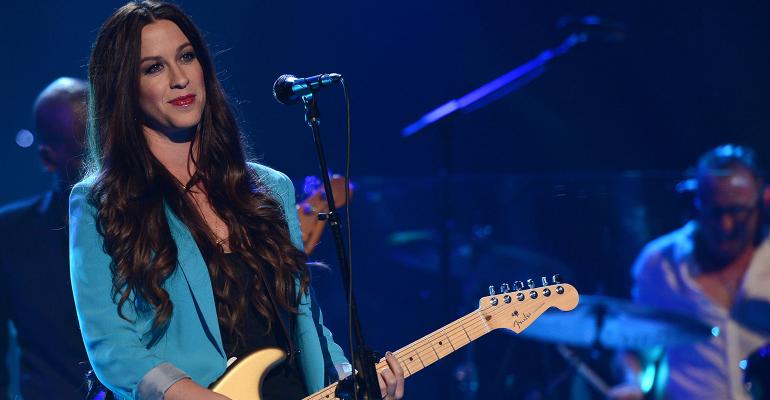 Former financial advisor steals $5 million from Alanis Morissette, millennials parents get financial help from their parents and the grades are in on client websites and apps.

The former business manager of Alanis Morissette has pleaded guilty to embezzlement and other criminal charges, according to CompleteMusicUpdate.com. Jonathan Schwartz, who worked at GSO Business Management, admitted to embezzling $4.7 million from Morissette, using it to finance a "lavish lifestyle" that included $50,000 trips to Bora Bora and $75,000 in losses at a Bahamas casino. Schwartz initially claimed that the money was invested in an illegal marijuana growing business. Morissette discovered the fraud when she hired a new financial advisor who audited her accounts and found money missing. She sued Schwartz and GSO, settling both cases with the firm repaying all monies owed. GSO is also suing Schwartz, calling his actions "shocking and disappointing." The parents of millennials are contributing a total $253 billion a year in financial support and unpaid labor to help their children raise kids, according to a new TD Ameritrade survey. On average, each millennial parent with a living parent receives about $11,000 a year. TD Ameritrade surveyed about 1,000 U.S. millennial parents and 1,000 U.S. grandparents with millennial children and found that nearly half of millennials have delayed parenthood until they were financially secure. Fifty-four percent of millennials said they received financial support from their parents in the past year. Three-quarters of grandparents say they are happy to provide financial support, but 47 percent have had to make some financial sacrifices to help an adult child. “Millennial parents are not too proud to accept help from their own parents and, as a result, they may be more likely to stay on-track with their long-term financial goals like retirement and college savings,” said David Lynch, managing director and head of branches at TD Ameritrade. Wealth managers’ client websites and mobile apps are finally earning a passing grade, according to a new report by MyPrivateBanking that details the strengths and weaknesses of 15 of the largest global firms’ digital platforms. Every app and web portal studied met requirements for providing a comprehensive wealth overview (which included charts and graphics), access to account statements and portfolio valuation tools. MyPrivateBanking said overall, the firms met criteria by an average score of 75 percent. However, only 40 percent of firms offer personalization and communication features demanded by high-net-worth clients, meaning most firms have a long way to go to catch up with major technology trends.