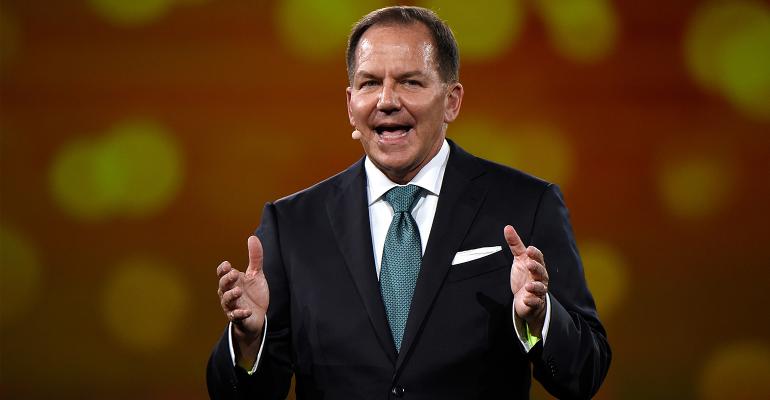 Family offices are increasingly turning to private markets as they look for early access to hot startups and seek returns beyond those of publicly traded securities.

(Bloomberg) -- A network of more than 400 family offices and a venture backed by hedge fund billionaire Paul Tudor Jones are partnering to help simplify deal-making for the ultra-wealthy.

ShareNett Holdings said it will offer its members access to ClearList, a digital-trading platform developed by U.S. market-maker GTS for investors to buy and sell shares of private companies. The agreement will provide greater liquidity and more transparent pricing, ShareNett Chief Executive Officer Clifford Friedman said Tuesday in a statement.

“We’d like to be that one-stop shop that connects all of these different venues,” Friedman said in an interview. “We want to become and are becoming a comprehensive super-distribution system.”

Family offices are increasingly turning to private markets as they look for early access to hot startups and seek returns beyond those of publicly traded securities. They’re often able to adopt longer time frames and target smaller deals than institutional firms, making them well-placed for such investments.

The institutions have proliferated this century, spurred by surging growth among the super-rich in technology, finane and real estate. There are more than 10,000 single-family offices globally, at least half of which were started in the past two decades, according to accounting firm EY. While some family offices rival big institutional investors, the vast majority are smaller.

“Family offices don’t have a big edge in public markets,” said Angelo Robles, founder of Family Office Association, a membership and research group. “Their edge is in the private markets.”

While other firms also match buyers and sellers of pre-IPO shares, trading can be difficult, given the lack of liquidity and price uncertainty. ShareNett’s partnership will help “level the playing field and democratize access by giving family offices the first look at appealing investment opportunities of many kinds,” Friedman said in the statement.

GTS, one of the top electronic-trading firms at the New York Stock Exchange, launched ClearList this year. Its backers include Jones’s Tudor Investment Corp.