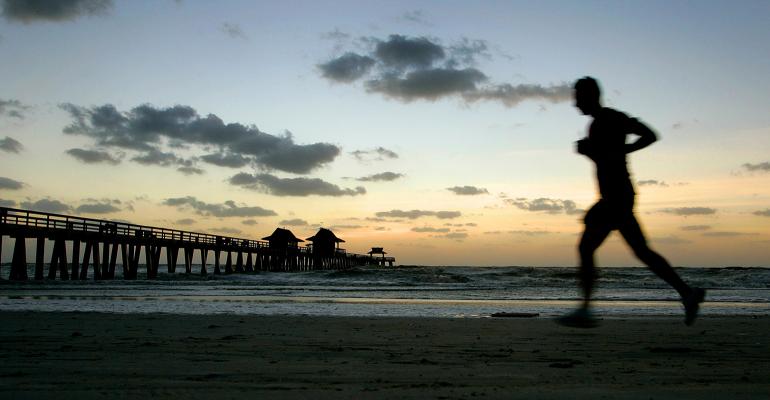 Guidelines to help your clients move to a no-income tax state.

With increased frequency, wealthy individuals are choosing to change their states of residency for the primary purpose of eliminating state income taxes. There are currently seven states that don’t impose an income tax: Alaska, Florida, Nevada, South Dakota, Texas, Washington and Wyoming. The states of Tennessee and New Hampshire tax only dividend and interest income. Tennessee, however, voted in 2016 to repeal its tax on interest and dividends and will become the eighth tax-free state when the repeal is fully implemented in 2022. It’s important to remember that even though these states may not have a personal income tax, they may have higher sales and personal property taxes.

It’s not just the wealthy who are choosing to change their state of residency. It’s also become somewhat routine for those contemplating retirement to ponder a change in residency. Generally, the motivation is driven by a number of factors unrelated to tax savings. The non-tax factors often include proximity to family and friends, access to quality health care and a desire for a warmer climate year-round. Opportunities for greater social and cultural engagement are important considerations in addition to enjoying a higher standard of living due to a reduction in cost of living.

Moving for tax purposes, however, poses some risk when your client continues to maintain a residence or frequent contact with her former state. The decision shouldn’t be entered into lightly or without advice from an experienced tax professional, and it’s possible that the individual could be subject to greater scrutiny by the former state’s taxing authority. The more ties with the former state, the more scrutiny your client is likely to face. Below are some guidelines to help your clients make the transition.

Residency rules for income tax purposes vary by state, and advisors should be aware of this. If your client is in a state for other than a temporary or transitory purpose, she may very well be considered a “resident” for tax purposes. To understand how state tax residency rules may apply, it’s necessary to distinguish between the terms “domicile” and “residence.” While “domicile” may have different meanings depending on context, for tax purposes, “domicile” is the place of legal residence where your client has a fixed dwelling with the intention of making it her permanent home. It’s the place where she intends to return after an absence. “Residence,” on the other hand, is merely a place of abode. A client may have several residences but can have only one domicile.

Specific steps must be taken to change an individual’s domicile. Most states will tax an individual’s income from all sources, inside and outside of the state, if she’s a domiciliary and resident of the state. Although not a domiciliary of a state, if your client meets the state’s residency requirement, usually determined by the number of days spent in the state, she may nonetheless be taxed on income from all sources unless she falls into an exception for nonresident status.

John, a recent retiree and long-time New York State resident, decided to buy a second residence in Florida. He and his wife, Margaret, now spend nine months of the year in Florida and three months in New York. Despite the fact that John and Margaret spend only three months in New York, their incomes, from all sources, will still be taxable as New York source income. This is primarily because their domicile hasn’t changed. They haven’t demonstrated abandonment of New York as their state of domicile.

A majority of states rely on domicile to determine if your client is a resident for state income tax purposes. As illustrated in the above example, John and Margaret spend most of their time outside of New York but have not taken any steps to change their domicile. If their intent is to change their domicile, along with the physical acts, certain other steps must be taken. Keep in mind that no single act is sufficient, but the totality of the individual circumstances must be examined.

Following Through On a Domicile Change

A physical change in residence should be accompanied by certain actions that reinforce a claim of permanence. For an individual to abandon her domicile, she must not have any intent to return to her home state. To establish a new domicile, an individual must intend to physically remain in the new state indefinitely. While intent is key, your clients should do the following (as applicable) to establish their new domicile:

In the earlier example, let’s assume that the circumstance is reversed in that John’s original domicile was Florida and that he acquired a secondary residence in New York. While maintaining his Florida domicile, John spends 200 days each year in New York. Despite not being a New York domiciliary, John is considered to be a statutory resident for New York state tax purposes and would be subject to New York state income tax on all of his income. This is because many states, including New York, will consider your client to be a resident of the state if she maintains an abode and spend a certain number of days within that state. Specifically, New York will treat your client as a resident for state income tax purposes if she maintains a permanent place of abode in the state for more than 11 months of the year and spends 184 days or more in the state during the tax year. While the number of threshold days for New York is 184 days, the number of days used by most states that use a days-in-the state rule is 183 days, with a few states having a higher day count.

Sometimes a taxpayer may end up being taxed as a resident of two states (dual residency). This can occur when a taxpayer owns a residence in one state and exceeds the minimum number of days in the other state and is then deemed to be a statutory resident of the other state. This means that taxpayer is taxed on her income in the state in which she has her domicile and in the state where she has her residency.

Be Prepared for a Residency Audit

Residency audits are on the rise. A taxpayer isn’t deemed to have created a new domicile until she’s abandoned her old one. As such, the burden is on the individual to establish, through documentary evidence, that she has indeed abandoned the old domicile. Such change in residency results in a loss of tax revenue for the old state. Not surprisingly, states have increased the frequency of residency audits and have aggressively pursued those taxpayers whom they believe should file a resident income tax return. State auditors will routinely request detailed information in an effort to corroborate residency status. It should also be noted that auditors are often successful in their efforts in challenging residency status.

To be successful in defending against such challenges, encourage your clients to maintain a calendar or travel log that documents the number of days spent in each state. Additionally, they should be prepared to furnish other documentary information, such as those noted in the checklist above, which reflects a genuine change in residency status.

Unlike the federal income tax, an individual does have a choice as to whether to pay state income taxes. The choice, however, is predicated on her willingness to move to a state that doesn’t impose an income tax. It isn’t unusual for high-income taxpayers to evaluate whether such a change makes sense financially after weighing all non-financial concerns. Regardless of your client’s motivation, the decision shouldn’t be made without advice from an experienced tax professional who can help navigate the state’s income tax and residency guidelines. Ultimately, it’s important to remember that it’s the totality of circumstances that counts and not just that fact that the individual acquired a home in a new state.

The information and views expressed are generic in nature and given as of the date of this letter.  The information provided is subject to change at any time.  The ideas presented are for informational purposes only, and does not constitute financial, investment, tax or legal advice.  Please contact a tax advisor or attorney