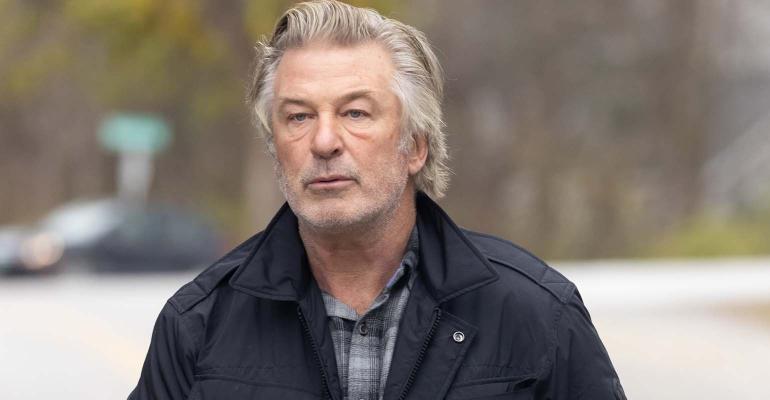 Can a 'Rusty' Reputation Be Repaired?

The Alec Baldwin/'Rust' tragedy highlights the power of the three R's of reputation rehabilitation.

Hollywood actor Alec Baldwin has settled the civil claim for wrongful death brought by the family of cinematographer Halyna Hutchins after her fatal shooting with a prop gun, held by Baldwin, on the set of the movie Rust in New Mexico. It remains unsettled whether any criminal charges will be brought by the New Mexico DA’s office. And it also remains unsettled whether the actor’s reputation will survive the blow dealt to it over this fatality and his handling of the aftermath.

The investigations may allow lessons to be learned so that horrific events such as these may be prevented. But can lessons also be learned from the reputational fallout?

Heads of business and family offices, and their advisors, find themselves less frequently holding a firearm in their day-to-day roles as those who make art for a living. But they do hold great responsibility; they have the power to hire and fire; and the ability to make the lives of those with whom they live and work a drama or a horror story.

Equally, these characters may not be as celebrated as the Hollywood hero who has farther to fall when his reputation is toppled from the pedestal upon which we have put him. But they do play a leading role in the safe and successful management of their organizations, and their reputations can therefore be severely damaged by how they deal with crises in their own walks of life.

Whether we are celebrities or civilians, and whether we were pushed, fell or jumped to our reputational doom, we have a role to play in our reputation remedy. If we learned “the three R’s” at school—reading, writing and arithmetic—we can learn three more reputation rehabilitation R’s in the school of life—responsibility, regret and repair.

To err is human and to forgive divine. But whether to apologize is another question. On the one hand, an early acceptance of responsibility can mean the world to a victim or their family and can help to draw a line for anyone involved in an incident in which we bear some responsibility. However, where civil claims are pending or criminal investigations are underway, owning up can mean opening oneself up to legal liability and will surely be firmly advised against by the attorneys.

Baldwin’s was a case in point. He quickly took to Twitter to confirm that he was “fully cooperating with the police investigation to address how this tragedy occurred” and that he was “in touch with her husband, offering my support to him and his family.” But he would likely have been advised to limit his communications and not to become involved in the blame game.

Indeed, in his later messaging he appeared at pains to avoid any finger pointing at him, explaining the complicated process by which he said he didn’t pull and couldn’t have pulled the trigger causing the death. But with a woman, wife and mother dead, the detail of the denials and the public protestations of “It wasn’t me” may have appeared cold and insensitive.

Expressing regret can be vital in allowing your damaged reputation once again to be vital, and not crushed under your messaging in the aftermath of a crisis. Uttering those three little words “I am sorry” may be anathema to legal advisers navigating you through the choppy seas of an investigation or litigation. But an expression of regret need not be an acceptance of guilt or liability. One can be regretful that something occurred, without accepting liability.

Baldwin told the world that “My heart is broken for her husband, their son, and all who knew and loved Halyna.” However, CNN reported its interview with him this summer in which he said that this tragic episode “has taken years off” his life and had cost him professionally. When the episode literally cost the victim her life, that was at best an ill-judged utterance. It was not dissimilar to the careless comment (for which he later apologized) of BP CEO Tony Hayward after the oil spill in 2010 that also cost lives, when he seemingly selfishly and insensitively declared, “I’d like my life back.”

If it ain’t broke don’t fix it—but if it’s broke, start to fix it straight away. We need to start with the foundations, assessing the situation to understand the Zeitgeist: from the public sphere by watching what is being said on social media; and in our own private arena in obtaining feedback from friends, family and trusted third parties. We need to monitor developments on an ongoing basis, correct mistakes and misunderstandings in the media so that fake news and rumor don’t become the accepted truth. And we need to ensure that our clear messaging—key points substantiated by supporting information—are real, responsible, ready and rehearsed so that what we are saying reflects what we mean and lands well with our audiences.

However, we also need to remember that actions speak louder than words, and that in a crisis situation and its aftermath, people will be watching what we do as well as what we say. Our walk must mirror our talk, and both should work symbiotically to repair the reputation that we, or others, have damaged.

Some will be appalled that the movie Rust is going back into production next year. Others may regret the cinematographer’s death but consider that the show must go on.

Ms. Hutchins’ death—29 years after the shooting of Brandon Lee, son of Bruce Lee, on the film set of The Crow—suggests that there are still lessons to be learned by some, for on-set safety. Similarly, there are communication lessons to be learned from how this tragedy was handled. We should be prepared to learn from them all—whether they are the good, the bad or the ugly.