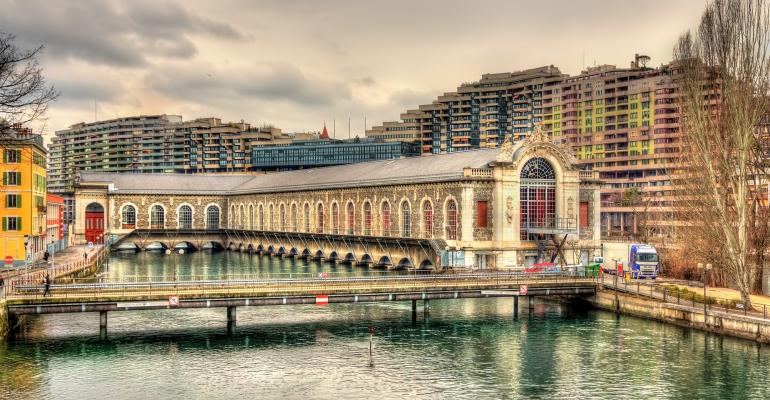 By Andy Hoffman and Zoe Schneeweiss

(Bloomberg) --Looking for a bump in your pay? Try Jeddah or Geneva.

Expatriates moving to Switzerland -- home to some of the biggest private banks, commodity traders and pharmaceuticals companies -- earn an average of more than $193,000. That’s the highest in the world and 54 percent more than if they’d stayed at home, a study published Wednesday by HSBC Holdings Plc shows. That boost in remuneration is only surpassed by the 58 percent increase enjoyed by expats relocating to Saudi Arabia’s petrodollar economy. “Switzerland has always been a high achiever for economics,” said Dean Blackburn, head of HSBC Expat. “The majority of expats there are in full-time employment with improved earning prospects. Expats in Switzerland are also some of the most confident in the local economy.”

Norway and Germany placed second and third for economics, followed by Singapore, which topped the overall country rankings for the third year, according to the annual HSBC Expat Explorer report.

The city-state, where foreigners make up more than 60 percent of the population, derives its top ranking by also scoring well in categories for experience and family. The former measures quality of life, integration with locals and ease of finding accommodation, while the latter captures social life, education and raising children. Switzerland dropped to No. 11 in HSBC’s overall expat country rankings because of low ratings in the experience and family categories. While the nation of iconic ski resorts from Zermatt to St. Moritz scored well for lifestyle, it was ranked 36th for the ease of integrating with local people and forming friendships. Similarly, the country with more than 2 million foreign residents was judged a good place to bring up children, but only placed 44th out of 46 for social life and how welcoming it was from a diversity perspective.

Those categories also dragged down Saudi Arabia to 40th in the overall ranking, just ahead of China, with Egypt propping up the list. The strong personal finances of expats living in the desert kingdom are countered by the weakness of the Saudi economy, which is facing the worst slowdown since the global financial crisis.

Goldman Sachs Group Inc. Chief Executive Officer Lloyd Blankfein said Saudi Arabia must address cultural differences with the West to attract more foreign workers as it seeks to diversify its economy away from oil. That could involve creating districts where “certain behaviors” are allowed and other places where they are not, he said last week.

Saudi Arabia will allow women to drive cars, ending its status as the only country in the world to ban half the population from getting behind the wheel, the nation’s official news agency reported late Tuesday. It’s the most dramatic move so far in the government’s bid to open up Saudi society, a counterpart to an ambitious program to modernize the economy that may soon see the oil-rich kingdom holding the world’s biggest IPO.

The U.K. dropped 13 places to 35th in HSBC’s overall ranking from 2016, falling behind Poland, South Africa and Turkey as Brexit drained expat confidence in the country’s political and economic prospects.

The U.S. climbed three positions to 27th, topping the survey for career progression, but scoring relatively poorly for the ease of setting up, which includes organizing health care and finding accommodation.

In general, moving abroad is financially rewarding, with expats increasing their income by an average of 25 percent, according to HSBC’s survey of more than 27,500 people from 159 countries and territories.