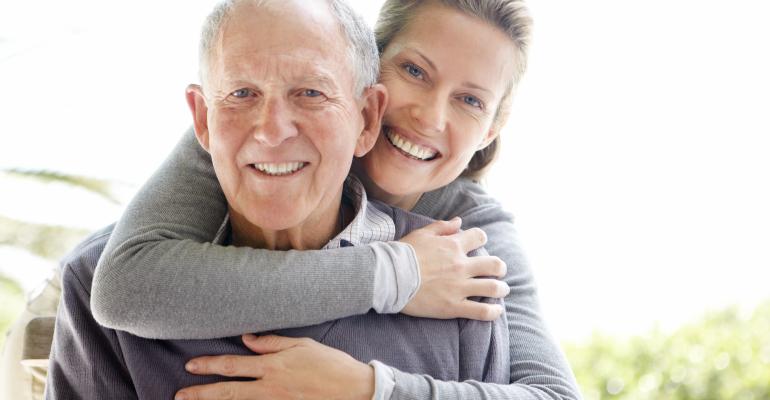 Advice for Clients With Parents in the 'Gray Zone'

Has the time come for someone else to take over decision-making?

For those clients who have aging parents, it can be difficult to tell if there’s a problem or if a parent is developing dementia. One day, the client’s mom may be fine, but the next day, your client finds her keys in the freezer. Is she really losing it, or is the mom just naturally forgetful?

The “gray zone” is the difficult place between being able to make decisions and being unable to manage one’s own affairs. Many times, when seniors start to experience cognitive decline, it’s often gradual. Someone who’s diagnosed with dementia, especially Alzheimer’s disease, may not immediately lose the capacity to make financial and legal decisions. However, it’s often hard to tell when the time has come for someone else to take over these decisions for them.

With an Alzheimer’s disease diagnosis, the judgment needed to make good financial decisions can be impaired even at the beginning of the disease. Even if your client’s parent looks and feels fine and acts normally, the truth is that those who suffer from dementia are less able to tell when something isn’t quite right about a financial offer or business proposal. This can create a multitude of issues, including arguments among family members and from the senior himself. Some family members may argue that Dad has always been in charge of the bills and has always made the investment decisions. They may be afraid of stepping on Dad’s toes when Dad is still able to understand that his decision-making capabilities are being taken away. On the other hand, Dad himself might object to no longer being able to handle his finances. He may become paranoid and begin to accuse family members of trying to “take his money.”

Another potential issue is that those with cognitive impairment are vulnerable to financial abuse—whether it be from family members, scam artists or caregivers. When individuals are in the early stages of dementia, it can be easy to overlook this type of problem, especially if the impairment isn’t immediately obvious from speaking with the individual. The fact is that dementia can cause the brain to undergo changes without any outward physical signs of a problem.

So, what’s the solution for these problems? Even in the early stages of dementia, it’s vitally important that your client’s parent appoint someone else to take over the handling of financial matters through a financial power of attorney. If your client waits until his parent has completely lost the ability to make financial decisions, he may have to pursue a conservatorship instead—a months-long process that can cost thousands of dollars in attorneys’ fees and filing fees.

Another useful solution is for the family to have a neutral third party determine that the parent is unable to make decisions. Your client can have a qualified neuropsychologist conduct testing that will determine what Mom’s condition is and how it will impact her decision-making ability in the future. This way, if Mom argues that nothing is wrong with her, the information about her illness will be coming from someone other than her children or family members.

Finally, hold regular family meetings with a neutral person such as a mediator to help prevent arguments among family members from interfering with what’s the best decision for the parent. This can be especially helpful, if one child doesn’t think it’s necessary for someone to take over the parent’s finances or if the parent is arguing that she’s not incapacitated.