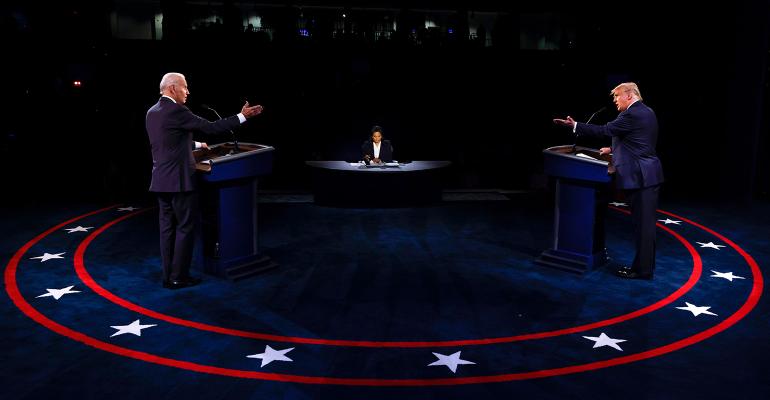 Three Ways to Invest As Election Day Draws Near

In the 80 days between now and Inauguration Day, look to municipal bonds, emerging marketing stocks and junk bonds for investing opportunities.

In Jules Verne’s Around the World in Eighty Days, Phileas Fogg, a wealthy mathematician, wagers that his calculations show he can circumvent the globe in, as the title says, 80 days. That timeframe is roughly the period from now until Inauguration Day.

Elections are front of mind for many investors, but Nov. 3, 2020 is hardly the end of the risks facing investors. The political uncertainties can last much longer, perhaps even 80 days. Some experts say it may take at least a week to tally all the votes and see which candidate has reached the 270 electoral votes required to win the Oval Office. All eyes will be on Florida, Pennsylvania, Michigan and Wisconsin as the final tallies for these “swing” states will determine the eventual winner.

A First Month of Biden or a Second Term of Trump

Let’s consider the first month of a Biden administration beginning in January as well as a second-term Trump administration. Vice President Joe Biden has made it clear his top people will immediately look at emission standards, labor standards and other regulations that were loosened over the past year in order to re-instate those regulations. He will look to raise taxes. The Biden tax plan outlines increases in corporate taxes, Social Security payroll taxes, individual income taxes, long-term capital gains taxes, qualified dividend taxes, estate and gift taxes and more.

Let’s also consider a second term Trump administration. Starting with taxes, President Donald Trump will look to make the tax cuts of three years ago permanent, rather than a phaseout in the future. Infrastructure plans will happen. He will complete the wall, nominate more judges and create a healthcare plan.

In other words, taxes will not fall and could very likely increase.

We are loath to make predictions. Economists and soothsayers can be far too sure of their visions. Instead, like the protagonist in Verne’s epic adventure Phileas Fogg, we rely on math to drive investment decisions.  Here is what we know for sure: the fastest bear market in history recovered to new highs in five months thanks to massive fiscal and monetary stimulus. The result is nosebleed levels of federal debt the likes of which have not been seen since World War II. Neither candidate cares about the exploding federal deficit, which will be $30 trillion by the end of this decade.

The deficit must be paid. For this reason, regardless of who is sworn into office 80 days from now, taxes are not going down.

Municipal bonds and their tax-free income offer a safe allocation in investor portfolios. Active managers with good knowledge recognize that certain sectors within municipal bonds represent the biggest default risk: specifically, senior living, single-site nursing home and continuing care issuers. While a passive benchmark must own these sectors, smart managers can step aside.

Jay Powell, the chairman of the Federal Reserve, has behaved in a manner that supports a stance that the Fed will do whatever it takes to keep markets calm. At the start of this year, for instance, the charter for the Fed did not allow for the purchase of uncollateralized corporate securities or ETFs, but that changed in 2020. The result is a price-insensitive massive bond buyer in the market. Big demand translates into higher bond prices and lower interest rates and with that, a weaker dollar. Nosebleed federal deficits are also headwinds for the U.S. dollar.  A weak dollar is generally good for emerging markets countries and their stocks. Think of it this way: if you travel overseas (back when you could), your dollars go further when the dollar is strong. A weaker U.S. dollar means stronger foreign currencies, making it cheaper for foreign corporations and individuals to purchase U.S. “stuff.”

South Korea is the gold standard for economic, political and any other risk that comes along. A broad country index like iShares MSCI South Korea ETF (EWY) ofers a terrific way to participate in the quick bounce-back that country is showing. We are seeing strong trends in these emerging markets country stocks, with “buy” signals based on our rules-based process.

Remember our Four Horsemen of the Apocalypse? This was shorthand for the four metrics to watch as indicators of pending economic doom. To highlight one “horseman,” we spoke widely that inversion of the 10s-2s Treasury yield curve has always preceded recession in the U.S. by six months. That inversion occurred in August 2019 and with spooky accuracy foreshadowed the recession that began in February 2020.

Now that we are in recession, it is not too early to consider assets that will benefit from an economic rebound, but we say loudly: do not ignore the many risks. We recommend high yield corporate (or “junk”) bonds.  Junk issues may look like other bonds, but do not act that way. Typically, the correlation of junk bonds to stocks is much higher than junk bonds to Treasuries or investment grade bonds. However, thanks to a juicy coupon yield, high yield corporate bonds can cushion downside and have less risk than stocks. Again, our rules-based and tactical buy and sell discipline indicates upward trends for high yield corporate bonds right now.

In summary, while we don’t know what will happen in the next 80 days between now and Inauguration Day, municipal bonds, emerging markets countries like South Korea and high yield corporate bonds are three ways to invest productively as election day draws near.