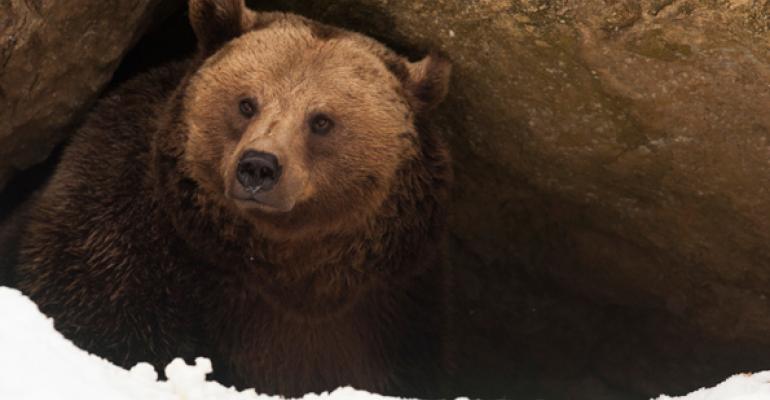 There's a Bear Raid Underway in the Bond Market

The economic picture has been brightening for some time, but it is the supply outlook that truly threatens Treasuries going forward.

(Bloomberg Prophets) --Year-end trading markets can be brutal if you’re stuck in a crowded position. Take the market for U.S. Treasuries, where THE trade of 2017 was to bet on a flatter yield curve. For many, that often translated into outright long positions in 20- and 30-year Treasury bonds and futures, wagering that their yields would continue to trend lower toward short-term rates.

The stellar performance of the long end of the Treasury curve despite three interest-rate increases from the Federal Reserve and a stronger economy was described by pundits as the Fed's "New Conundrum," in reference to then-Fed Chairman Alan Greenspan’s remarks about a similar reaction in the bond market to central bank rate hikes in 2005.

There are all sorts of plausible explanations for the flatter yield curve. Domestic pension funds and managers of foreign-exchange reserves have been cited as sources of demand for longer-term Treasuries, as well as hedge funds jumping into a successful trade amid evidence of tame inflation. The difference between two- and 30-year Treasury yields shrank from about 1.90 percentage points at the start of the year to 0.85 percentage point last week.

Moves like that define a powerful trend, and everyone jumped on board. Now, these positions have been badly exposed, with longer-term Treasury yields spiking higher as Congress finished up the tax reform package. Although the yield curve has only steepened 10 basis points from its flattest point, the swiftness of the reversal is notable. In the span of two days, 30-year Treasury bond prices plunged more than 3 points, or $30 per $1,000 face amount, amid a dearth of major economic data. Of course, the economic picture has been brightening for some time and perhaps the onset of year-end is triggering a huge wave of so-called profit-taking, but it is the supply outlook that truly threatens the bond market going forward. Treasury issuance is set to explode next year, in part, to make up for the revenue lost from the Republican tax plan. By some estimates it could double just as the Fed tapers its $4.5 trillion bond portfolio and the federal budget deficit expands over the next 3 years towards $1 trillion.

In past sell-offs, foreign buyers eagerly stepped up to buy as yields rose, but they may get more selective with supply rising elsewhere as well. For example, Germany announced Tuesday that it will issue 183 billion euros ($216 billion) of bills and bonds next year, up from 172 billion euros in 2017.

The final piece in the bearish bond puzzle is found in the charts. The 10-year Treasury yield has been stuck in a range of 2.30 percent to 2.42 percent for months, and on Tuesday a 7-basis-point rise in yields took them to the 2.47 percent mark. That constitutes a "breakdown" to the technically-oriented traders, and will likely trigger further liquidations of long positions and the implementation of new short positions.