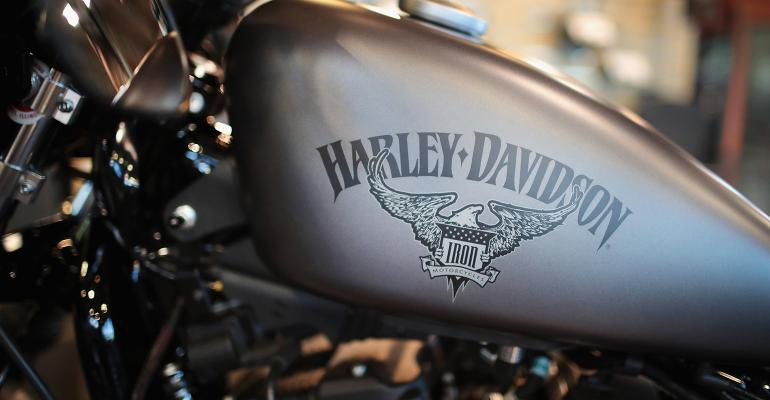 Thus, we find Harley-Davidson planning to move some of its manufacturing overseas to avoid finding their sales drop due to higher prices overseas on the back of retaliatory tariffs. The EU has a new 31 percent tariff on imported bikes of this sort. Harley’s action is prudent business practice.

It’s also the goal of our own new tariff policies: to bring manufacturing back to the U.S. Somewhere in the debate the risk of retaliation seems to have been lost or at least glossed over, which is another way of saying there’s more to this than meets the eye. Whether the administration is using an aggressive strategy in advance of grander compromises, and perhaps even real beneficial gains on the trade front, remains to be seen. But I doubt Harley’s response will be the only one from this side of the pond, and we’re sure to hear tweets when Vespa opens a plant somewhere in the U.S.

Harley faces a U.S. demographic problem, whereby their audience tends to be old white men and younger people aren’t so excited by their product. In short, Harley needs new customers.

And we, in the U.S., also need customers—for our debt.

There is some correlation between our twin deficits (budget and current account) and foreign ownership of Treasurys; the idea being if we spend more than we earn we need to borrow from someone even if domestic investors pick up some of the slack. The latter is not impossible given the low savings rate, especially if we see gains to Treasury yields. The flipside to that is what it means for consumption.

I don’t really like deficits, conceptually, especially a budget deficit that surely will result in higher taxes and lower spending at some point which is, unfortunately, going to meet up with all those retirees and the younger cohorts who won’t get as much in the way of benefits and will have to pay for others. But I allow that someone will have to buy the debt or send a rude message across our bows in the form of higher rates (i.e., less buying of Treasurys).

On the topic of trade, we got a narrower trade balance report that will contribute positively to Q2 GDP. I’m surprised it narrowed so much, and the consensus forecast proves I’m not alone, but I wonder if the stronger dollar gave it a jolt which may not last or if exporters from here and importers from there were trying to jump ahead of tariffs. There’s been some improvement in bits of the overseas economic data, which we can see in the uptick in the Citi Economic Surprise Indexes, though they’re still deeply negative—just less so.

The International Monetary Fund’s “Direction of Trade” data shows that global trade isn’t doing badly. On a year-over-year basis, it’s lost a little steam, but from impressive levels relative to this recovery. It bears watching, but this is not flashing a particular warning sign. The exception are exports to China, which have been slowing for about a year now and stand in contrast to the rest of the world.

In that spirit, I’ll reference an article that goes over the obvious, but in the inevitably cogent manner of its author, Greg Ip of the Wall Street Journal. The headline reads: “The Sound of Globalization Going Into Reverse.” It portrays the benefits of globalization—largely lower prices to consumers—and cites the job shifts from one locale to another to circumvent tariffs as likely to be a wash. He offers the examples of auto-protectionist Brazil, where cars are 50 percent more expensive than in liberal Mexico for the same sort of vehicle, and an MIT Technology Review article that says an iPhone would cost $100 more if made in the U.S. His unsubtle warning is that the tariffs will offset the tax cuts so recently passed.

The Wall Street Journal, later in that Thursday issue, also ran a piece by Karl Rove echoing these thoughts. The provocative Opinion section headline reads: “Trump Plots to Erase His Tax Cut.” The upshot is a review of how much the tariffs, if implemented as put forth, along with new threats, will cost. He calculates the current tariffs in place as adding $19 billion and estimates $125 billion for the ones being threatened. Together, they would do a good job off offsetting the $189 billion he calculates Americans will save from the recent tax cuts. He doesn’t mention having to pay for the deficit the tax cuts provoke, but maybe the tariffs could serve that purpose?