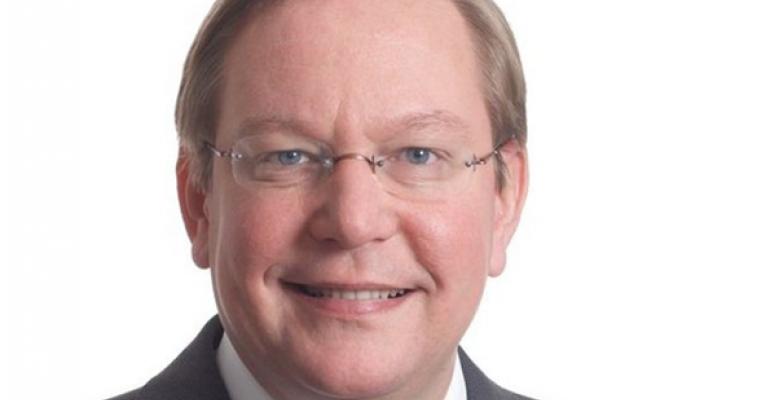 <p>Prudential&#39;s David Hunt said negative interest rates will cause many pension funds to struggle if they don&rsquo;t shift away from traditional investments.</p>
Investment>Fixed Income

(Bloomberg) -- The chorus of global financial leaders warning about the fallout from negative interest rates is getting bigger.

With nearly $8 trillion of sovereign bonds globally at negative yields and debtors in Japan getting paid to borrow, investors and bank chiefs are grappling with the fallout as they wade into riskier products in a hunt for returns. BlackRock Inc. CEO Larry Fink wrote in a shareholder letter this month that the policy will bring “potentially dangerous financial and economic consequences,” while Bill Gross said negative yields guarantee investors will lose money.

“If you stay in the kind of allocations we see around the world, the math will not work,” said Hunt at Prudential Financial’s money management business PGIM. “We would say you have to get out of thinking about government bonds as a big portion of how you are going to meet those liabilities.”

Bank of Japan Governor Haruhiko Kuroda announced a negative rate strategy on Jan. 29 in an effort to fend off deflation. Negative yielding Japanese government notes account for about 65 percent of bonds globally with yields below zero. The ECB first embraced negative rates in 2014.

Negative interest rates cause uncertainty and lead to wrong investment decisions, Commerzbank AG CEO Martin Blessing said Wednesday in a copy of a speech at the lender’s annual shareholder meeting in Frankfurt.

The policies raise concerns about the ability of insurance companies and pension funds to meet future liabilities, according to Bank of America Corp.

Falling yields come as regulators are requiring banks to hold more liquid instruments that can be turned into cash in times of stress, according to Alex Batchvarov, head of international structured finance research at Bank of America Merrill Lynch. That means “you have certain bonds you need to hold, that actually leave you with outright losses” or very low yields, he said.

Nine of 17 economists surveyed this month by Bloomberg said the BOJ was wrong to adopt the new policy. The BOJ should abandon the policy as it’s hurting consumer sentiment and banks’ willingness to lend, according to Yasunari Ueno, chief market economist at Mizuho Securities Co. in Tokyo.

Not all observers see negative fallout. Kuroda said in parliament Wednesday that rates below zero are having their intended effects on markets, and that the central bank won’t hesitate to take additional stimulus measures if needed. He repeated that Japanese bank profits are very high and that he doesn’t expect individual deposit rates to go negative.

“It is a major bullish policy, and will positively impact debt sustainability for all borrowers,” said Martin Malone, a macro policy strategist at London-based brokerage Mint Partners Ltd.

Lutz Roehmeyer, who helps manage $12 billion at Landesbank Berlin Investment GmbH, said negative rates don’t pose much of a problem. “We still find a lot of high-yielding bonds because we have a global mandate and a lot of markets still pay double-digit yields.”

Japan has grappled with the effects of low interest rates for two decades. Six Japanese insurers failed from 1997 to 2000, driven under because their guaranteed payouts on policies outweighed what they could earn on investments as the BOJ held interest rates close to zero from 1995.

Lenders won’t be able to pass on the negative rates to customers, and that will “gradually undermine Japanese banks’ financial strength,” according to Hirano of MUFG.

Bigger losses on deposits may drive banks to increase the rates at which they lend, exactly what central banks don’t want, John Cryan, Deutsche Bank AG’s co-CEO, said in March. The relation between risk and returns is totally out of sync, said Nikolaus von Bomhard, CEO of Munich Re, the world’s second-biggest reinsurer.

“Now you have to consider investing in assets where you lose money?” said Bonnie Baha, who helps oversee $95 billion at DoubleLine Capital. “The desperation inherent in this situation is something to ponder.”