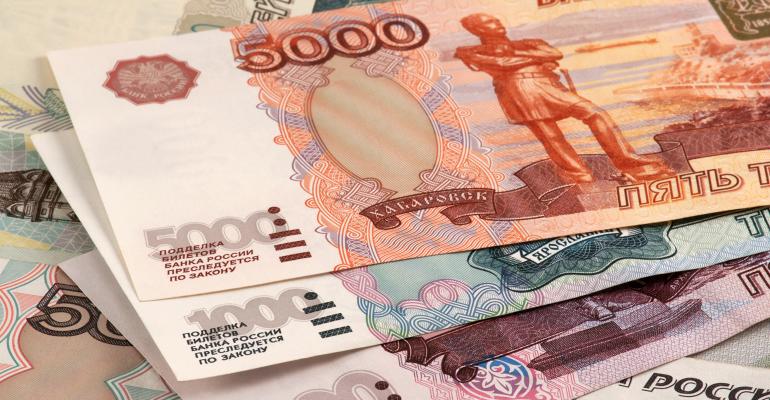 Morgan Stanley’s favorite currency in Europe, the Middle East and Africa is the Russian ruble -- the best performing developing-market currency so far this year.

(Bloomberg) -- The U.S. dollar is probably in a bear market, meaning emerging-market currencies are in for a good ride this year despite a weaker outlook for global growth, according to Morgan Stanley.

“We are bullish,” a team of analysts led by James Lord, the firm’s London-based head of fixed-income strategy, wrote in a note to clients on Tuesday. “Emerging-market currencies have lagged, but with growing conviction that the dollar has turned, we think that a catch-up is under way."

The call comes as an index of developing-market currencies flirts with the highest level since April, even as geopolitical tensions simmer in the build up to this week’s G-20 meeting. The world’s biggest central banks are switching to a more accommodative stance, fueling demand for riskier assets.

With the Federal Reserve now “emphasizing the weakness in global growth,” a more dovish policy approach could help mitigate “the tail risks around G-20 outcomes,” the analyst wrote.

Morgan Stanley’s favorite currency in Europe, the Middle East and Africa is the Russian ruble -- the best performing developing-market currency so far this year. The bank also added a long position in a basket of Latin American currencies and is betting on further gains for the Indian rupee.

On Tuesday, the Turkish lira, one of the hardest-hit currencies in the emerging world this year led a rally against the greenback, climbing as much as 0.7%. The South African rand followed suit, and was trading as 0.5% stronger as of 1:32 p.m. in London.

To contact the reporter on this story:
Adrian Krajewski in Warsaw at akrajewski4@bloomberg.net