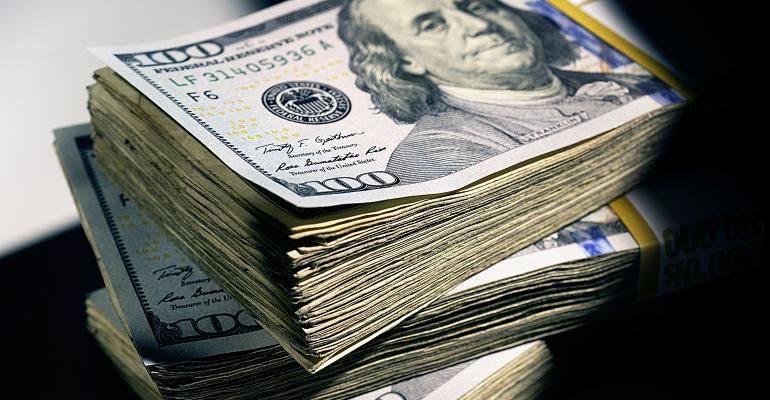 How to Help Clients Deal With Inflation

Time to dust off a playbook advisors haven't had to use since the '80s.

Many financial advisors, and for that matter, their clients, barely remember what it feels like to live through a period of high inflation. But inflation can wreak havoc on even the most carefully crafted financial plans and portfolios. As a result, dusting off the inflation playbook is critical to providing clients with the best advice for how to navigate our current economic predicament.

The last time we experienced inflation comparable to what we’re seeing today was in 1982. I was in grade school at the time, but I remember vividly my parents discussing the rapid escalation in housing prices in Toronto (near where I grew up), and that with mortgage rates hovering near 20%, homeowners would end up paying for their houses several times over the life of a mortgage.

Ever since Alan Greenspan took the helm of the Federal Reserve, we’ve lived in a benign inflationary environment, with the Fed generally meeting its goal of 2% annual inflation. With such low inflation, it’s relatively easy to make sound financial decisions. Moreover, cash flows–and, by extension, the companies that generate them–are more highly valued since future income is discounted at a lower rate.

During the Financial Crisis, I had the privilege of living in Japan, where inflation was benign. When I moved to Tokyo in 2007, a box of takeout sushi cost 200 yen (about $2). By 2010, the price had declined to 199 yen. In sum, you could count on things costing pretty much the same each year, making it easy to plan and easy to make spend-vs.-save decisions. After all, there was no motivation to buy something today because you could feel pretty confident that the price would be the same next month or even next year. As a result, there were strong incentives to save. It is, perhaps, no surprise that the Japanese have among the highest savings rates in the world.

By contrast, there’s a strong incentive to buy now in an inflationary environment. Planning to buy a new car? Better to buy it now, rather than pay 10% more a year from now. Might your roof need to be reshingled sometime in the next few years? It’s a good idea to take on that project now, unless your money is generating after-tax returns that exceed the rate of inflation.

While in Japan, I met a friend who grew up in a wealthy family in Mexico, who had lived through periods of high inflation. I asked him how they managed to preserve their wealth. His two pieces of advice? Buy real estate and keep money in bank savings accounts.

The first is easy to understand: real estate and other tangible assets tend to appreciate in line with real growth in GDP plus inflation. So, at minimum, real estate should keep pace with inflation, plus another 3% or so per year in the average American city. However, since most people purchase real estate using a mortgage, the associated leverage helps magnify these gains. Over long periods, most American households have established the bulk of their wealth through appreciation in their primary residence. If inflation picks up, the nominal price of the house should keep pace, yet the real value of the mortgage declines, creating further equity value for the homeowner. In sum, houses are generally both a good investment and a good inflation hedge. It’s perhaps not surprising, then, that when the Fed started printing trillions of new dollars during the pandemic, investment firms like Blackstone began buying up residential real estate in significant scale.

The second piece of advice is a bit less obvious but equally important. Like it or not, nearly all clients choose to hold cash (which you may or may not know about). Some prefer the flexibility it affords to buy the dips in the market; others sleep more soundly at night knowing they have a substantial cash cushion to help weather uncertainty inherent in economic cycles, and this cash cushion enables them to take more risk in other aspects of their portfolios. For whatever reason clients hold cash, it’s important to ensure it is fully insured and earning as much as possible. And, as my friend relayed, when inflation picks up, and rates start to rise, banks are among the quickest to adjust their interest rates upward.

Now that the Fed has finally acknowledged that inflation is more than transitory, it has begun raising interest rates. Our study of the last rising rate cycle suggests that clients who hold funds in online savings accounts should capture 50%–70% of these gains. In contrast, those who keep their cash in brick-and-mortar bank accounts or brokerage sweep accounts may not benefit, meaning they will fall further behind as inflation erodes the value of their dollars. While keeping cash in high-yield savings accounts may not fully protect you from inflation, it’s a lot better than buying bonds, which will almost certainly decline in value as rates rise, and it's definitely better than accepting the paltry yields that most banks and brokerage firms offer.

Other traditional hedges, such as gold, can help protect portfolios against inflation over the long term. However, gold is expensive to store (even if you’re not storing physical gold yourself, you are still paying someone else to insure and store it); and its price is fairly volatile, so unless you’re particularly good at timing the market and anticipating inflation in advance, you risk buying high and selling low. Still, modern portfolio theory would suggest that most clients should keep a few percentage points of their portfolios in commodities, including gold. Increasing allocations to gold may also help clients feel more confident that they’re doing something to protect against inflation.

Much has been said about cryptocurrencies serving as a good hedge in times of higher inflation. While it’s still too early to tell, so far, there isn’t much evidence to suggest this sentiment is true. They still are simply far too volatile and, at present, seem to be more correlated with broader market risk appetite, as opposed to anything else. True, cryptocurrencies such as bitcoin have, in theory, a limited supply; so, in that respect, they have the potential to keep pace with inflation. But, their fundamental value lacks clarity, making it difficult to know off of what base they should keep pace with inflation. After all, if one bitcoin is inherently worth $20,000 and it keeps pace with inflation at 10% a year, then a year from now it may be worth $22,000, significantly less than today’s price of approximately $40,000 per bitcoin. Of course, it’s also possible that bitcoin may be worth $200,000, or $0. It simply appears to be too volatile an asset class to serve as an inflation hedge for all but the wealthiest of clients.

One final consideration when thinking about inflation: taxes. At present, capital gains taxes are not inflation-adjusted. This means that if I invest $200,000 in the stock market during a period of 10% inflation and my portfolio goes up to $220,000 as a result, while I’ve earned zero real return, I have a nominal gain of $20,000. Simply put, the higher the rate of inflation, the more tax you pay, even if you haven’t experienced any real gains. As a financial advisor, you’ll have different strategies to help clients with tax planning, but it’s important that your clients understand that—however excited they may be about the nominal growth in their portfolios over the past two years—inflation and taxes must be taken into consideration.

Gary Zimmerman is CEO of MaxMyInterest.