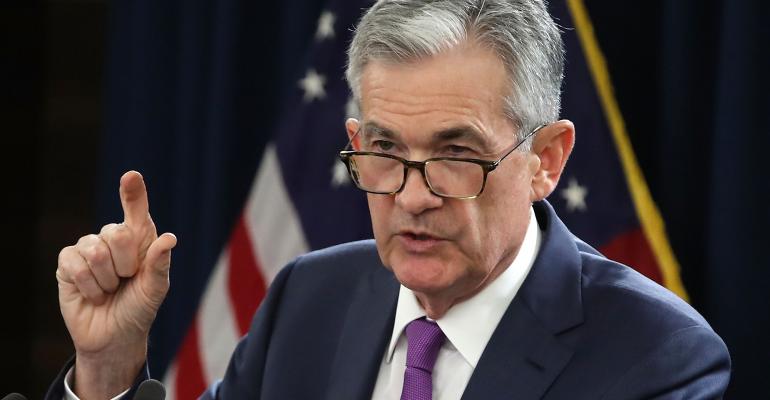 Beginning with an emergency interest-rate cut announced March 3, the Fed has run through its 2008-09 crisis playbook and leapt into uncharted territory.

(Bloomberg) -- The Federal Reserve has taken unprecedented steps to lessen the impact of the coronavirus pandemic on global financial markets and the U.S. economy.

Beginning with an emergency interest-rate cut announced March 3, the Fed has run through its 2008-09 crisis playbook and leapt into uncharted territory.

The steps include massive bond purchases, a slew of emergency facilities to bolster credit markets, actions with foreign central banks to ease the supply of dollars world wide and programs for lending directly to American businesses.

Here is a summary of those steps:

After a half-point cut on March 3, the Federal Open Market Committee held another unscheduled meeting on March 15 and lowered the target range for the benchmark federal funds rate to 0-0.25% -- matching the near-zero rates of the financial crisis. They also pledged to keep rates there until the economy is “on track to achieve its maximum employment and price stability goals.”

Starting March 9, the Fed began giving banks new guidance and new rules designed to free them to lend more to businesses and households. These eventually included lower capital and liquidity requirements, an elimination of reserve requirements and clearance to modify loan terms without consequence.

On March 12 the central bank returned to broad Treasury bond purchases, using $60 billion a month that was previously directed to Treasury bills to help boost bank reserves. Purchases were aggressively expanded on March 15 to at least $500 billion in Treasuries and $200 billion in mortgage-backed securities.

Then on March 23 the Federal Open Market Committee declared QE unlimited, agreeing to purchase assets “in the amounts needed to support the smooth functioning of markets.” They also added commercial MBS to the buying list.

The Fed has expanded the agreements it has with foreign central banks that allow it to exchange currencies, in this case pumping U.S. dollars out across the world to ease access to the world’s most important currency.

Fed announces an emergency facility on March 17 to purchase short-term company IOUs directly from U.S. corporate and municipal issuers. The total of eligible securities exceeds $1 trillion. The program is backstopped with $10 billion from the Treasury.

Operational on March 20, this emergency facility buys a wide range of securities, including investment-grade corporate debt, municipal debt, and mortgage- and asset-backed securities from primary dealers -- the big banks and broker-dealers licensed to transact with the Fed.

Up and running on March 23, this emergency facility finances the purchase of of high-quality assets from U.S. money market mutual funds, including government debt, commercial paper and municipal debt. Eligible securities are estimated at $600 billion to $700 billion, according to Fed officials, backstopped with $10 billion from the Treasury.

Announced March 23, this emergency facility will purchase investment-grade corporate debt from U.S. issuers in the secondary market, and in ETFs that invest in that debt. Fed gives no size total program. Backstopped with $10 billion from the Treasury.

Announced March 23, this emergency facility will use $100 billion to purchase securities backed by credits to consumers and small businesses, including credit-card receivables, student loans, auto loans and leases, equipment loans and some small business loans. Backstopped with $10 billion from the Treasury.

To contact the reporter on this story:
Christopher Condon in Washington at [email protected]

To contact the editors responsible for this story:
Margaret Collins at [email protected]
Alister Bull