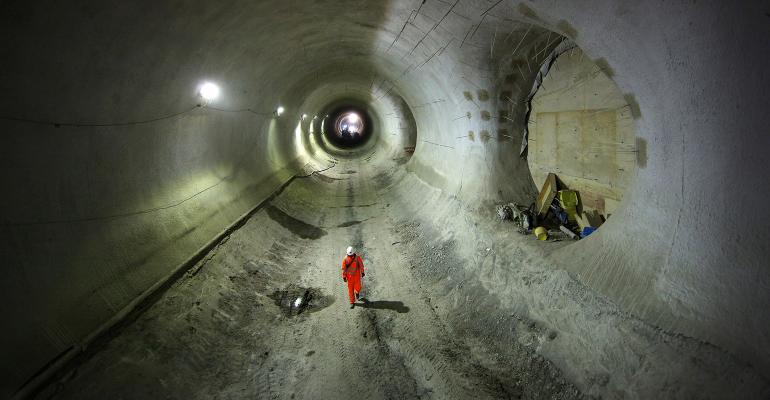 Do We Need an Infrastructure Stimulus?

Low unemployment, tax cuts, rising wages, higher oil prices, record market highs—do we need the infrastructure spending to boost the economy? And how will we pay for it?

There might be something disingenuous going on, but what do I know? I specifically refer to Washington, but I’ll expand that to the investment community, or at least some of it. In sum, let me rain on someone’s parade.

I read this week that the Trump Administration leaked a trillion-dollar infrastructure plan which a few hours after it was leaked went to $1.7 trillion as announced by Trump—that’s not a leak but a gush. The plan has that 50 percent of the appropriations for it going towards grants to public and private initiatives. Here’s a link to the original report. I’m not sure how this all works, but according to some of the reports on this the administration has sought $200 billion in grants over 10 years to “leverage” investment from state, local and private sources” to get to that $1 trillion and presumably more to get to $1.7 trillion.

Here’s the thing. You’re either a believer in the healthy state of this economy, a depressant who says it’s a sham or a cynic who’d say anything to get elected. But I digress. Here we have a low unemployment rate, a lot of people claiming that wages are on the rise, a tax plan that will turbo charge an already deteriorating deficit picture, a Fed warmly embracing a small pickup in inflation and a stock market hitting new highs. In the meantime, the dollar is weakening—which should be good for U.S. trade and overseas profits—and oil prices rising, which for a nation that’s an energy producer could be a good thing.

So why exactly do we “need” the infrastructure? My first thought is that we do need it given the state of airports and roads. My second thought is how are we going to pay for it? Given the recent change in the tax law, surely high-tax states are not in a position to spend more. And the federal government already has an ample debt burden that it’s failing to deal with, other than kicking the can down the road yet to be built.

This is all to say that there’s a lot of stimulus in the system at a time when some would argue things are already stretched, and we really don’t know the consequences of the tax changes (beyond the narrow and priced in-scope of what stocks have already done) to spur real economic and wage growth. Also, we don’t know how that plan will impact the high tax states, but it’s fair to assume they’ll suffer, which might have been part of the original intent of the tax bill.

This is a long-winded way of saying I don’t see the need for further deficit-boosting plans; but nothing exceeds like excess.

Do we need the infrastructure stimulus? Feel free to comment below, and read more of Ader’s Musings here.