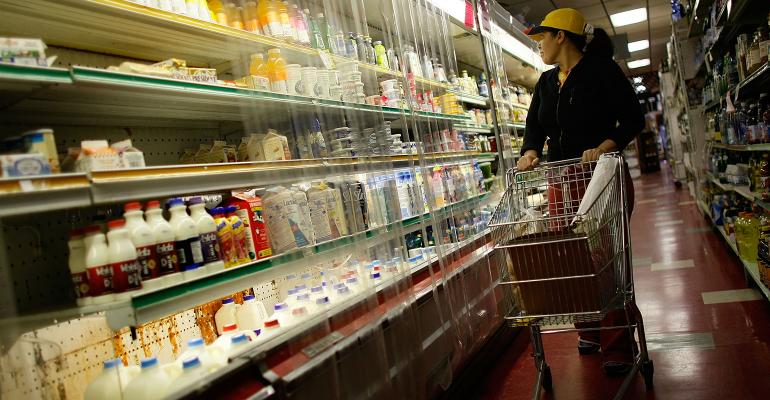 Lets start off with some recent sunny headlines:

While I won’t dismiss out of hand the renewed fears of inflation that are making headlines and contributed to the sharp rise in yields, I’ll also won’t ignore the nature of January’s Consumer Price Index gain with its sharp rise to apparel prices, up 1.7 percent, in an especially cold month and 3 percent rise to energy when most other categories were more subdued. And January’s a quirky month for CPI. I realize to suggest this is like spitting into the wind against the litany of headlines saying the sky is falling (or prices are rising), but maybe I’ll be proven prescient if the seasonal elements displayed above do come into play. FYI, I wouldn’t necessarily buy bonds now based solely on what I just showed.

Related: Is Stagflation Back?

I would, however, lean that way for other reasons. Sentiment remains very oversold and the daily charts show momentum similarly extended. I get the whole momentum story and the urge to sell to be in with the in crowd, but with 10s breathing down the neck of 3 percent and 30s thumbing their nose at 3.25 percent, I have to think targeted interest starts to materialize. It’s early goings, but Wednesday’s close at 2.90 percent 10s and Thursday’s open/close near that level looks somewhat like an evening star reversal pattern.

Anyway, let me get back to the headlines. What strikes me is all the reporting on the deficit over these last few months intensifying in the last couple of weeks. Granted, Trump’s budget is new and the spending to get the budget impasse halted is also new, but the latter is TBD and the former, a small change compared to the tax plan. In short, the consequences are unknown in so many ways that the press, bless them, simply are all rewriting the same story.

And that is, I think, the real reason rates are under upward pressure. You have a rehash of a story without a lot of new insights, but it’s being relayed as new information. You have a Fed that I suspect will err on the side of being more aggressive in light of the budget-busting stimulus from the tax package or at least the understandable fear that it risks overheating things when the economy was otherwise doing quite well. Fed fund futures are well on their way to pricing that in, and if you were a new Fed Chairman wouldn’t you want to prove your inflation-fighting mettle?

Bear in mind, that said Chairman could always ease in the event of a recession, or do Qualitative Easing. Given what this irresponsible set of politicians in Washington has delivered, there is no room for fiscal stimulus when we get to that next recession, so it, again, lands on the Fed. That’s not a political statement, by the way, but a market strategist’s analysis.

The curve near-term is too steep technically. It’s notable that 2s/10s hit resistance at their 200-day Moving Averages near 78 basis points, so I’ll give in to a correction to the 21- to 40-day MAs at 64 and 59 bps, respectively. With March Fed funds 100 percent priced to a hike, I oddly think the front end will serve as anchor for the back end and the risk is that the more distant Fed Funds contracts add a bit to their hiking odds.