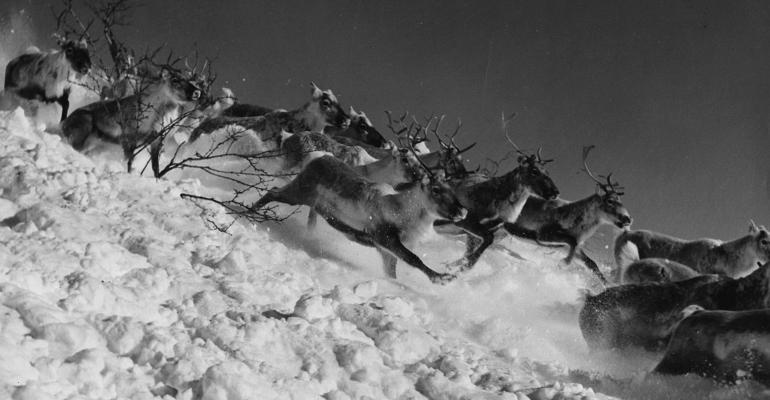 Bond Markets Are Veering Into a Vicious Cycle

Unprecedented mutual-fund outflows will exacerbate the stampede out of corporate and municipal debt already set in motion by the coronavirus outbreak.

(Bloomberg Opinion) -- My first thought when seeing fixed-income fund flows this week? This must be a typo.

My second thought (that’s suitable for print)? This is going to get ugly.

In what was nothing short of an absolute stampede out of bonds, investors yanked an unprecedented $35.6 billion from U.S. investment-grade funds in the week ending March 18, according to Refintiv Lipper data released Thursday. To be honest, calling it unprecedented is an understatement — the previous record was $7.27 billion, set one week earlier.

A similar magnitude of damage struck the municipal-bond market, which is dominated by individual investors. They wanted no part of seeing them through their efforts to rebound from the coronavirus outbreak, pulling $12.2 billion from muni mutual funds, almost three times the previous record of $4.5 billion. Meanwhile, mortgage funds suffered the biggest wave of withdrawals since at least 2017, at $2.6 billion, while investors pulled $2.91 billion from high-yield funds and $3.45 billion from those tracking leveraged loans.

The record-setting outflows for high-grade corporate bonds and munis in particular is an ominous sign about the coming weeks and months. In the minds of individual investors, these are supposed to be the asset classes that provide relative stability in a portfolio. Instead, the iShares exchange-traded fund tracking investment-grade company debt has lost more than 13% this year, while the iShares National Muni Bond ETF is down 8.4%. It’s better than the stock market’s 25% slide in 2020, of course, but that’s not saying much.

What’s worse, unlike equities, where long-term investors are conditioned to look for opportunities to “buy the dip,” there’s little evidence of the same sort of behavior in high-quality bonds. In fact, it’s possible that some of the money pulled from fixed-income funds in the past few weeks went toward betting on a rebound in the S&P 500 — the $107.7 billion fund Vanguard S&P 500 ETF had experienced 19 straight days of inflows until Tuesday.

Since the end of the last recession, muni bonds have only had one year of negative returns: 2013. A lot happened that year, ranging from the taper tantrum to Detroit’s bankruptcy filing to growing concern about Puerto Rico’s debt load. But the one thing that knocked the market off-kilter more than anything else was the record-setting outflows, totaling about $61 billion and persisting for the entire second half. “What we saw was a liquidity squeeze that was specific to the muni market and led to its underperformance,” a portfolio manager told me at the time.

That liquidity crunch pales in comparison to what the market is dealing with today. Top-rated, two-year munis now yield 2.23%, up from 0.48% on March 9 and the highest since Bloomberg data begin in 2009. For a market that tends to trade based on the level of U.S. Treasuries, this simply should not happen. Two-year Treasuries yield just 0.5%. The ratio of the two, which usually fluctuates around 100% as an indication of relative value, is now a stunning 480%.

In a sign of just how dire it has become, Bloomberg News’s Amanda Albright and Martin Z. Braun reported Thursday that Nuveen was putting $740 million of the muni bonds in its portfolio up for sale to meet redemptions. Considering trading volume as a whole is usually about $10 billion a day, that’s a lot of selling pressure. It’s no wonder that munis are on track for their worst monthly losses since 1984.

Not to be outdone, credit markets have had a week for the record books as well. The average yield spread on an index of high-grade corporate bonds reached 285 basis points, the most since the financial crisis. High-yield credit-default swaps have gone parabolic. It seems like a matter of when, not if, credit rating agencies will begin downgrading scores of companies highly exposed to the coronavirus outbreak.

A lack of market access — or access at a punitive price — only complicates matters for companies and municipalities. The Federal Reserve, for its part, tried to ease some of that pressure on businesses by reintroducing the Commercial Paper Funding Facility, but it’s anyone’s guess whether that can offset relentless pressure on mutual funds. States don’t even have such a potential reprieve, though as I argued earlier this week, it’s about time they did.

It might seem like perfectly good bonds are trading at fire-sale prices. In time, that will likely turn out to be the correct assessment. But in the middle of a maelstrom of selling, the likes of which has never been seen before, no security is safe, not when there’s virtually no buyers to speak of. And if more retail investors decide they want out of the storm, as they have in the past, then the vicious cycle has only just begun.