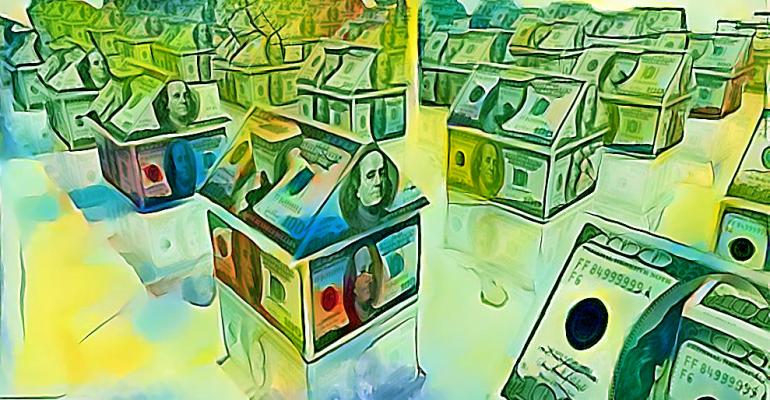 The Best Investment of 2018

Thanks to the new tax law, carrying a large mortgage may no longer be a smart financial strategy.

The above headline overpromises, I readily admit. Still, three considerations—taxes, risk and the economic cycle—point to one conclusion: paying down debt in 2018 looks like an awfully smart move.

Debtors’ prison. Ridding yourself of debt, even mortgage debt, has long been a savvy alternative to buying bonds and certificates of deposit. But thanks to the new tax law, it looks especially savvy right now—and especially if you’re married.

How come? The new tax law took away personal exemptions but compensated by roughly doubling the size of the standard deduction. In 2018, the standard deduction will be $24,000 for married couples filing jointly, $18,000 for heads of household and $12,000 for single individuals. Meanwhile, the allowable itemized deduction for state and local taxes, including property taxes, will be capped at $10,000 starting next year.

To understand why, imagine you have $27,000 in itemized deductions, including $17,000 in interest from your 4 percent mortgage. It might seem like paying all that mortgage interest is sharply reducing your tax bill and hence your after-tax interest cost might be closer to 3 percent, assuming you’re in the new 22 percent or 24 percent marginal tax bracket.

But remember, in this example, your $27,000 of itemized deductions are barely above your $24,000 standard deduction. Result: your itemized deductions, including that $17,000 in mortgage interest, are reducing your taxable income by a modest $3,000. Paying off the mortgage—and getting rid of that 4 percent annual interest cost—looks smarter than ever.

In the past, many brokers and financial advisors have discouraged clients from paying down debt. That way, the advisor ends up with more money to manage and, of course, can charge fees or commissions for doing so. But from now on, you should be leery of advisors who insist that carrying a big mortgage is the best strategy, unless they offer a detailed justification based on your individual tax situation.

In the years ahead, the gain from buying bonds will most likely be less than the interest cost you could avoid by paying down debt. It’s hard to be so definitive about stocks, because changes in investor sentiment are such a big driver of annual stock returns. Still, over the next 10 years, you probably won’t earn more than 5 percent or 6 percent a year from U.S. stocks, barely more than the 4 percent interest you might avoid by paying off a mortgage.

Moreover, that 5 percent or 6 percent comes with a heap of short-term risk. While foreign stocks still appear reasonably priced, U.S. Shares are richly valued based on price-earnings multiples, the Shiller P/E ratio, Tobin’s Q and dividend yields. Are you prepared for a 30 percent or 40 percent short-term decline in share prices? Faced with that risk, I suspect many folks wouldn’t mind notching a guaranteed 4 percent by paying down their fixed-rate mortgage.

That said, before paying down debt, I would still stash enough in a 401(k) plan to earn the full employer match, and also contribute to a tax-deductible or Roth IRA, even though that’ll mean buying pricey stocks and bonds. But if you’ve made the most of those opportunities and you have additional dollars to save, ridding yourself of debt looks pretty darn attractive.

Slowdown ahead. Here we get to pure speculation. The economic expansion is in its ninth year. The new tax law will stimulate the economy, but it isn’t clear how much further unemployment can fall. Inflation ahead? To head off that risk and cool the economy, will the Federal Reserve start hiking short-term interest rates even faster?

With any luck, the economy will cruise along in Goldilocks mode, neither too hot nor too cold. But what if it doesn’t? This might be a good moment to prep your finance for the next economic downturn—and that means not only building up your emergency fund, but also paying down debt.

While you’re at it, if you are a homeowner, consider setting up a home equity line of credit. That way, if you pay down your mortgage but later find yourself out of work and in need of cash, you could “re-borrow” the money by tapping into your home’s value. Sound like a smart strategy? It isn’t as smart as it used to be: The interest you pay on your home equity line of credit won’t be tax-deductible, thanks to another change introduced by 2017’s tax law.

This article originally appeared on the site HumbleDollar.

Jonathan Clements is the editor of HumbleDollar.com, author of How to Think About Money and the former personal finance columnist for The Wall Street Journal.