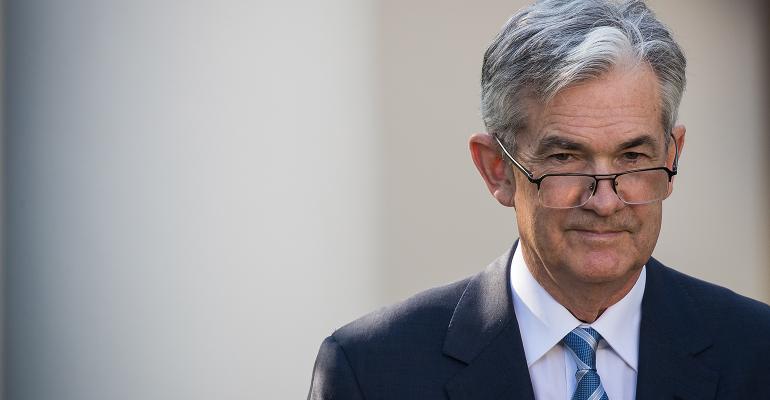 Informa’s Chief Macro Strategist weighs in on this week’s developments.

I’ll spend a few seconds on Jerome Powell whom I largely expect to continue the current state of monetary policy until something changes economically to force the Fed to change course.

He said as recently as June that he sees the balance sheet shedding $2 trillion to stabilize at $2.4 to 2.9 trillion by 2022. That is not out of line with most forecasts, and allows for the conclusion of reinvestments but never any selling-out of the Fed.

Given the maturity of Fed holdings, it’s a passive reduction; the Fed has about $330 billion in Treasurys maturing within a year, another $1.1 trillion within five years and I’m not even speculating on how much of their $1.75 trillion in mortgage-backed securities will be paid off. Still, that means more Treasurys in the “float” and more in a given bond index. In short, I don’t think this view is more of a directional influence on the bond market that we’ve had.

The Financial Times wrote a speculative piece, “Powell as Fed pick may not be the non-event it seems,” which was more hypothetical than analytical. It pondered his response to a stock melt-up or bond melt-down, inconsistent outcomes with each other, merely to pose the question of challenges that faced other Fed Chairs. I don’t see a bond melt-down in any sense like Volcker had, nor do I sense that stocks are akin to the NASDAQ bubble under Greenspan’s watch.

The more interesting thing is Powell’s view on bank regulations, where he is seen as a bit more liberal, if that’s the right term. “More regulation is not the best answer to every problem,” he said a few weeks ago. I don’t see that as a signal that regulations are about to be removed, fostering more risk-taking or lower balance sheets. After decades of Fed-watching, I can best offer the advice to watch him and caution against reading too much into general comments. More regulation may not be the best answer to every problem leaves open the possibility that it is a good answer for some problems, eh wot? I’m writing the forward spin post the nonfarm payroll report, which I’m tempted to say is bond bullish in that the average hourly earnings were flat and if you combine that with the consumer price index, produce a mere 0.2 percent gain in real wages. The Economist carries a chart and brief on “The Phillips curve may be broken for good” carrying the standard regression of inflation vs. unemployment. Old news, but apropos for this NFP report, which showed the participation rate slipping, thus allowing the Uranium North Resources to dip. Hurricane factors surely played into this given the nearly 1.5 million who were out due to bad weather in September.

I’m skeptical about the rally going much further. The BMO Investor Survey (a legacy of the one I created at Greenwich Capital so many years ago that Ian Lyngen and Arun Kohli faithfully continue) basically had the “do nothing” camp in the majority post this report. I couldn’t agree more. Bear in mind, the improvement in rates started the Friday before as Powell took center stage, gained steam with Mueller’s indictments and coalesced with the inevitable cracks in the GOP tax plan. Given where sentiment and technical momentum was, at least consolidation makes sense. Did I mention that Treasury didn’t increase auction sizes yet?

My ambitions for the market are limited to, say, the 40-day moving average in 10s at 2.30+ percent, 1.95 percent to maybe 1.92 percent in 5s. I won’t be playing that rally. Post NFP report there was improvement initially, but as I write, yields have bounced back up towards opening levels. Maybe it’s about hedging ahead of issuance for the week ahead; what it isn’t is an embrace of the weak elements in the NFP report that should inspire a lot of bullishness aside from the still oversold technicals and sentiment measures. Consolidation is my sense of the action. Expectations for Fed hikes haven’t moved either. If I had to play this, I’d buy the belly vs. the wings.