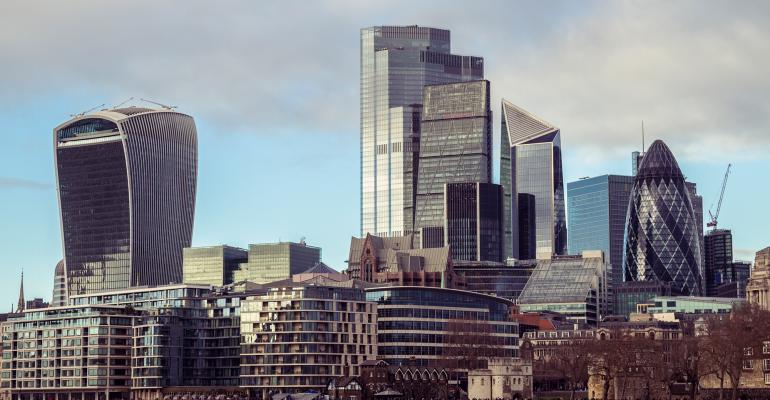 The $600 million seven-year loan will be benchmarked to the Secured Overnight Financing Rate.

(Bloomberg)—Real estate lender Walker & Dunlop Inc. became the first company to announce a U.S. leveraged loan sale that fully embraces regulators’ preferred replacement for the London interbank offered rate, a milestone in the shift away from Libor that could finally unleash a flood of copycats.

The $600 million seven-year loan will be benchmarked to the Secured Overnight Financing Rate, according to a person familiar with the matter. Libor is being phased out because of the rigging scandal that came to light a decade ago, and SOFR is a leading candidate to fill its role.

Once 2022 begins, a wide range of newly issued financial products, including corporate loans, will no longer be able to reference Libor -- a major challenge since the rate has powered these markets for decades. Those issued before Jan. 1, 2022, can still use Libor through mid-2023.

Leveraged loans have been slow to adapt to this new reality. Acceptance of SOFR was impeded partly by the lack of tenors beyond a day, whereas Libor has maturities up to a year. Bankers, companies and investors had been waiting for the Federal Reserve-backed Alternative Reference Rates Committee to ratify one-, three- and six-month versions of SOFR. That occurred on July 29, but there wasn’t an immediate shift to issuing new loans in SOFR.

Previously, there was a $750 million leveraged SOFR loan funding the purchase of chicken processing company Sanderson Farms Inc. But it will initially be tied to Libor in 2021 before shifting over to SOFR next year.

Walker & Dunlop’s loan differs because it will never use Libor. Its interest rate will be based off SOFR plus some adjustments. The exact details will unfold as the deal is marketed to investors.

The company is using proceeds from its deal to fund the acquisition of Alliant Capital and to refinance existing debt. A lender call will take place on Tuesday and commitments are due Oct. 14, according to the person, who asked not to be identified discussing a private transaction. JPMorgan Chase & Co. is managing the sale.

Ford Motor Co. was the first company to use SOFR in any large-scale corporate loan when it decided to refinance its revolving credit facilities with the benchmark rate earlier this year. But that wasn’t a leveraged loan, a type of financing that is sold to a broad institutional investor base, rather than to banks.

--With assistance from Lisa Lee.