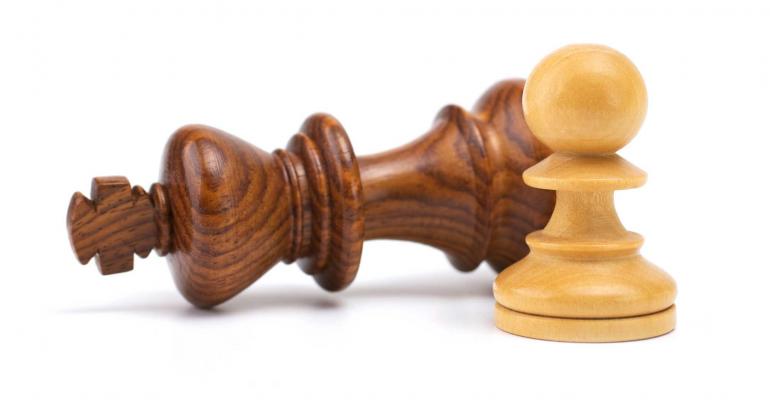 The lending market “is not cautiously pessimistic, it’s not cautiously optimistic. It’s just in a quiet place where it doesn’t know which direction to go,” says one source.

“Everybody is yield-hungry, and commercial real estate still has a pretty attractive profile. So, I think there’s going to be a lot of money chasing that exposure,” Eltorai says. “But where’s that money going to be coming from? I think it’s going to generally be from the lenders that have fewer headwinds and fewer restrictions.”

“Before the pandemic, most borrowers had many financing options. Now, options are much more limited and lenders can be more selective,” says Rob Weil, principal at JDI Loans, the lending division of Chicago-based private equity real estate firm JDI Realty LLC. “Lenders now have the opportunity to use more conservative underwriting standards, or charge a premium if the lender is willing to expand the underwriting standards.”

A report from RCA shows that as CMBS originators dramatically slashed their share of the commercial mortgage market in the second quarter of 2020 to 1 percent, local and regional banks captured around 25 percent of the market, up from 18 percent in 2019. Meanwhile, investor-driven lenders, such as debt funds, cut back on commercial mortgages in the second quarter, but still managed—with a 5 percent share—to eclipse the CMBS market. According to RCA, CMBS originators typically control 14 percent to 20 percent of the commercial mortgage market.

There’s no better example of the ascendance of investor-driven lenders in commercial real estate than investment manager Blackstone Group Inc. On Sept. 22, Blackstone announced it wrapped up a record-shattering $8 billion real estate debt fund. Loans will be among the fund’s investments.

“There’s an expectation that there will be a greater opportunity in real estate debt than there has been,” Jonathan Pollack, global head of Blackstone Real Estate Debt Strategies, told the Wall Street Journal.

The pandemic has accelerated the increasingly larger role that debt funds like Blackstone’s and other non-bank sources have been playing in commercial real estate lending, says Eltorai. The growth in this lending niche stems partly from the ability of debt funds and other non-bank lenders to operate in a more loosely regulated atmosphere than banks and insurers, he says.

While investor-driven lenders have been gaining ground in commercial real estate lending, they’ve also been offering the highest loan-to-value (LTV) ratios, according to RCA. In the first half of this year, investor-driven lenders had the highest average LTV (70.6 percent) of any lending sector, with local and regional banks at No. 2 (68.1 percent). Insurers posted the lowest average LTV (60.3 percent). Every segment except CMBS saw its average LTV go down from 2019 to the first half of 2020.

Big banks were still lending in the first half, of course. But they, like most lenders, have tightened their requirements in response to the pandemic. At national banks, the average LTV dipped to 64.2 percent in the first half of 2020 from 64.8 percent in 2019.

According to RCA, these were the top originators of conventional commercial real estate loans during the first half of 2020, with big banks dominating the list:

While banking giants are responsible for some of the loftiest dollar volumes, community banks are still committing a larger share of their resources to commercial real estate loans than their bigger counterparts.

In the second quarter of this year, community banks carried commercial real estate loans representing 28.4 percent of their assets, compared with 10 percent for other banks, according to New York City-based data firm Trepp LLC. Yet the average loan size for local and regional banks in the first half of 2020 was just $5.9 million, RCA estimates, compared with loans in the tens of millions of dollars for big banks.

“In today’s market, lenders aren’t giving the benefit of the doubt. If there is any concern about a property’s occupancy levels, rent collections or rent escalations, borrowers should expect to see more conservative terms,” says Paul Letourneau, manager of commercial loan originations at Chicago-based Alliant Credit Union. “Lenders are often adding debt service reserves to structures and leverage has come down a bit as we see some specific asset class valuation uncertainty and property income fluctuations.”

Away from the sidelines

Amid that environment, Alliant and other credit unions remain “very competitive” in commercial real estate lending due in part to their strong balance sheets, Letourneau says.

“Throughout the pandemic, a lot of lenders have been sitting on the sidelines to focus on providing relief within existing portfolios,” Letourneau says. “At Alliant, we’re running on a dual track—pursuing new deals while also working with our existing clients to find mutually beneficial solutions to their need for relief during this unprecedented time.”

“We can step in where a borrower may have perhaps traditionally gone to a life insurance company or CMBS, and can also complement existing banking relationships,” Letourneau says.

At JDI Loans, commercial real estate lending volume through this August was up 25 percent versus the same period last year. With a “robust pipeline” in place, Weil says the lender expects to finish the year more than 25 percent above 2019’s volume.

“Prior to the pandemic, borrowers had nearly limitless options to finance a deal. COVID-19 has sidelined so many lenders that the private bridge lenders are poised to fill the gap. JDI has been an active bridge lender for over 25 years,” Weil says. “While the pandemic has affected everyone, we remain very well capitalized and are actively looking for bridge lending opportunities.”

No matter who’s doing the lending, though, overall loan volume is down as a whole this year, and it’s hard to say when it will once again surge. As you’d expect, industry pros say the hotel and retail sectors are the roughest for lending right now—and likely will be for the foreseeable future—whereas industrial and multifamily are the most favored sectors.

“We’re kind of in this lull where everyone knows the market is depressed,” says Lonnie Hendry Jr., vice president of commercial real estate product management at Trepp. “I think that once everyone knows what the bottom is, once lenders have a firm feel of what the true market value of their assets and collateral is, then people will be more receptive to potentially making new loans.”

Hendry sums up the current lending market as “cautious.” If you come to a lender with a good deal and good tenants, you’re likely to secure a loan, he says. But if your deal is more on the “fringe,” a lender will probably balk, according to Hendry.

“I don’t think it’s like other crisis periods where there’s been a lack of capital or lack of liquidity. Banks can still make loans,” he says. “[The lending market is] not cautiously pessimistic, it’s not cautiously optimistic. It’s just in a quiet place where it doesn’t know which direction to go.”