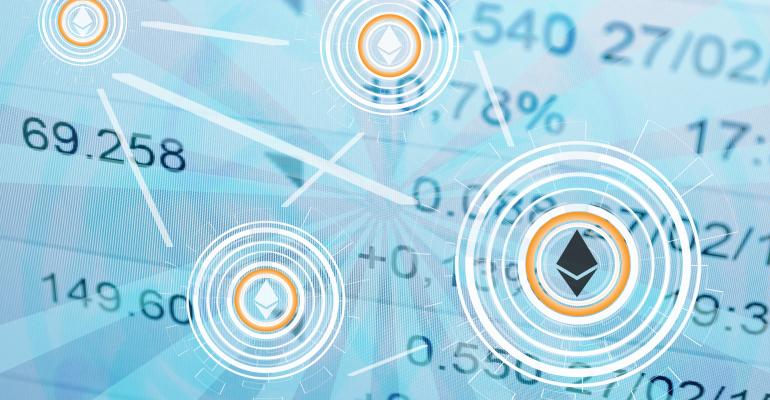 Bitcoin hit a record just shy of $3,000 last month but has fallen some 20 percent since then.

BlackRock Inc's (BLK.N) global chief investment strategist on Tuesday suggested that loose monetary policy may have aided speculation in digital currencies like bitcoin, but he said the risk to the broader financial system appears limited.

The strategist, Richard Turnill, said it might be possible to view price movements in blockchain-based cryptocurrencies as influenced by the ultra-easy monetary policies put in place by central banks after the 2007-2009 global financial crisis.

But sharp price gains in cryptocurrencies may be a sign of excess and have led some investors to call the market a bubble.

"I look at the charts, and to me that looks pretty scary," Turnill said at a media briefing in New York.

Turnill and his colleagues have been advising clients to stay invested in global stocks even as some other strategists warn that prices are overextended after a run-up over the better part of the last decade.

Bitcoin, the primary cryptocurrency, hit a record just shy of $3,000 last month but has fallen some 20 percent since then, trading at $2,366 on Tuesday. Over the last year, bitcoin is still up 264 percent.

Competing cryptocurrencies, such as ethereum and litecoin, posted quadruple-digit percentage gains ahead of losses in recent days.

The virtual currency relies on "mining" computers that validate blocks of transactions by competing to solve mathematical puzzles every 10 minutes. The first to solve the puzzle and clear the transaction is rewarded with new bitcoins.

Some investors have warmed to the technology, wooed by its explosive performance and the potential that the currency compete with gold and government-issued money as a store of value. Some also see other potential uses for blockchain, the technology that documents and verifies bitcoin transactions.

"There's no evidence that if that price went to zero tomorrow that there'd be any broader financial implication over time, but to me it is example of where you're getting some big price movements in the market."