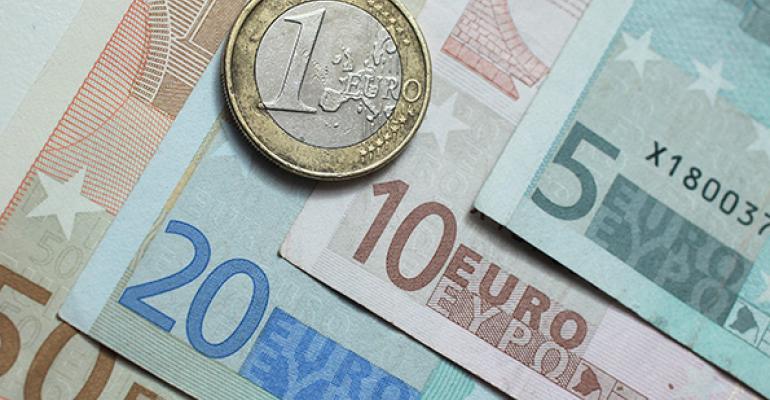 (Bloomberg) --Seeking an informational edge on where currencies from the euro to the yen to the Mexican peso are headed? Take a look at flows into equity exchange-traded funds.

“We wanted to work out whether flows contain information for predicting future currency returns beyond simple trend following behavior,” strategist Nicholas Weng said in a telephone interview, referring to a report co-authored with Rohini Grover last month. “The results suggest that ETF flows can predict currency returns -- the beta of the major risk-on currencies to flow data are all positive.”

The study by the German bank, the world’s fourth-largest currency trader by market share according to a Euromoney Institutional Investor Plc survey published last year, uses a technique known as vector auto-regression to adjust for lagged effects.

In other words, purchases of equities using passive instruments can contain highly useful information about appetite for currency risk, as reflected in notable exchange-rate moves the following day -- over and beyond the usual correlation observed between capital flows and currency gains when markets move in lockstep, according to Deutsche Bank. “The information content derived from ETF flows is strong -- investors may use these instruments earlier to express a bullish view on a currency,” Weng said.

The study looks at ETFs without currency hedges that are holding about $250 billion in assets combined and are domiciled outside the 18 target countries, both developed and emerging. Incorporating flow data to keep track of short-term currency gyrations may complement fundamental models to value exchange rates, Weng said.

ETF equity flow data shed light on the “risk on/risk off relationship in currency markets,” and the signals the figures provide about the appetite for country risk will be increasingly investigated as the passive revolution shows no sign of abating, according to Saeed Amen, founder of macro advisory firm Cuemacro Ltd.

“Over the past few years, there has been a proliferation of ETFs, and as a result ETF fund flow data has become available often on a relatively high-frequency basis,” he said.

ETF flow data are typically available on a daily basis, and their high level of institutional ownership provides clues as to the sentiment of smart-money investors, in contrast to mutual funds, which are typically more skewed toward a retail demographic.

Sanford C. Bernstein & Co. last month projected half of managed equity assets in the U.S. will be on a passive basis from January 2018, from 20 percent in 2006.