It’s tough being a leveraged ETF portfolio. You’re likely to be both loved and reviled, often at the same time. Scorn is heaped upon you when your value sinks faster than a deep sea anchor but you’re adored as your share price soars stratospherically. Now that the Fed has signaled its willingness to hit the pause button on further rate cuts, it’s a good time to look back to measure leverage’s impact.

Leveraged bond ETFs got nosebleeds from the altitudes they attained while interest rates were ratcheted down over the past year. Positively leveraged funds, that is. 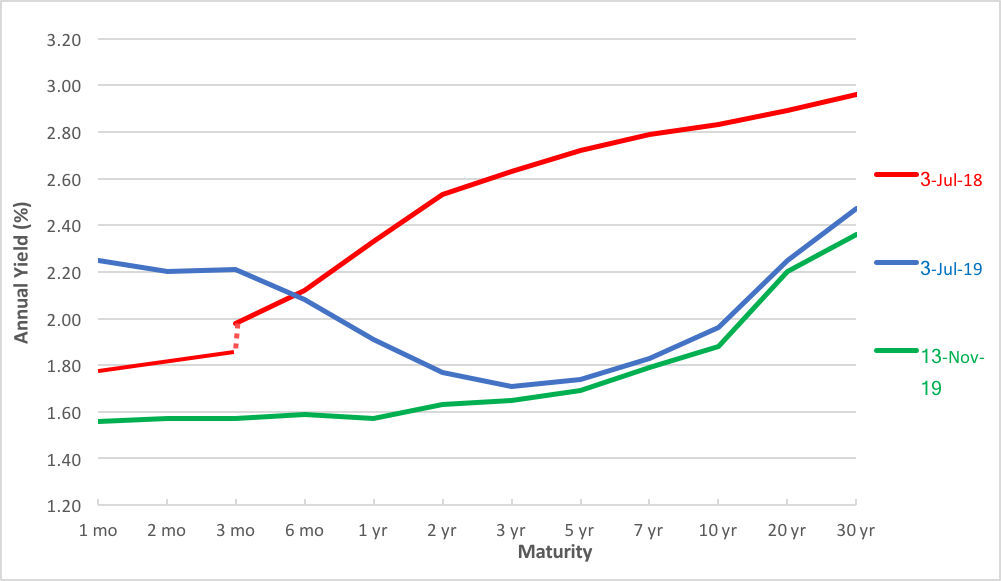 Who’s done the best? Well, among the top five performers on a year-to-date basis, three come from the ProShares stable and two hail from the Direxion family.

At the top of the table is the triple-leveraged Direxion Daily 20+ Year Treasury Bull 3x Shares (NYSE Arca: TMF) portfolio with a whopping 55-year duration. Exquisitely sensitive to interest rate shifts at the long end of the yield curve, TMF was rocket-fueled this year, earning a 1.32 information ratio. The quotient of an investment’s excess return over its tracking error, a positive IR is the ultimate justification for active risk.

The ProShares Ultra 20+ Year Treasury (NYSE Arca: UBT) tracks the same index as TMF, but at just 200 percent of the benchmark’s daily returns. Not surprisingly, UBT’s year-to-date return significantly lags TMF’s, but the ProShares fund is a more cost-efficient producer of excess returns.

The Direxion product is treble-leveraged while the ProShares fund aims for a daily double of benchmark returns. 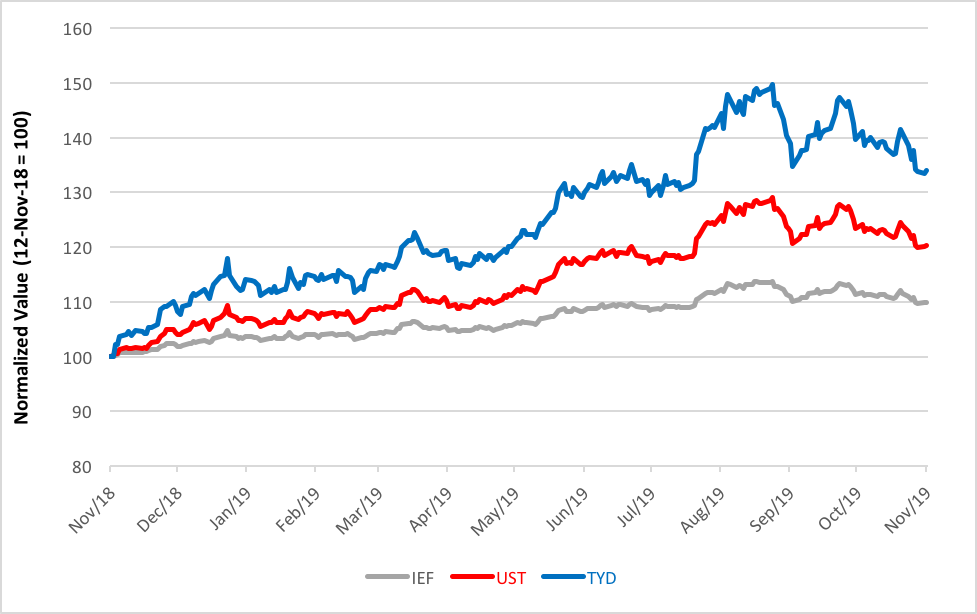 Because of their daily resets, leveraged funds are normally considered as tactical weapons, not strategic holdings. Recently, though, positive compounding has made longer holds of these funds irresistible to many investors and advisors. How so? Consider an index that cranks out 5 percent returns for five straight days. A treble-leveraged fund tracking that index would rise by 15 percent daily, leaving it at the end of Day Five with a 101 percent gain, more than four times the concomitant index return.

Of course, no market relentlessly rises without some degree of volatility but there’s been enough upside in bonds this year to tamp down normal trepidations about downside deviance.

This won’t last forever. We’ve, in fact, already seen some slowing in the funds’ momentum. It’s pictured in the chart above. At this point, portfolio managers have to consider the deleterious effect of daily compounding in a flat-to-downtrending market. Dithering is corrosive; a downtrend could be disastrous.

Think back to our hypothetical index. What if it declined 5 percent on Day One, then rose 5 percent the in next trading session? The index would then be close to breakeven, but an ETF offering three times the benchmark’s daily return would be more than 2 percentage points underwater on Day Two.

You can just imagine the effect of several consecutive days of index losses on a leveraged portfolio.

So, who comes out on top? That depends on your point of view. On the basis of gross returns, the nod goes to TMF, but adjusting the active risk payback for holding costs over the past year gives UST the edge. The ProShares fund’s 1.82 information ratio is earned for a comparatively cheap 95 basis points.